Everton have signed Demarai Gray from Bayer Leverkusen for €2m (£1.7m), bringing an end to his brief spell in the Bundesliga.

Gray arrived in Florida, where Everton are holding a pre-season training camp, to undergo a medical on Thursday.

The 25-year-old winger has signed a three-year deal with the Toffees – who have the option to extend it by a further 12 months – after they met a release clause in his Leverkusen contract.

Gray told evertontv new Toffees boss Rafa Benitez was a key reason for his decision to move to Goodison Park, saying: “I’m delighted to be back in the Premier League at such a big club and I’m excited to play with the team and get to work.

“Speaking to the manager and [director of football] Marcel Brands, I had a really good feel for the club and I feel this is a place where I can continue to develop.

“The manager, with his ambition and what he has won in the past, is important and we’ll look to push forward and compete with the top clubs. I think a club of this magnitude has all the potential to be right up there. 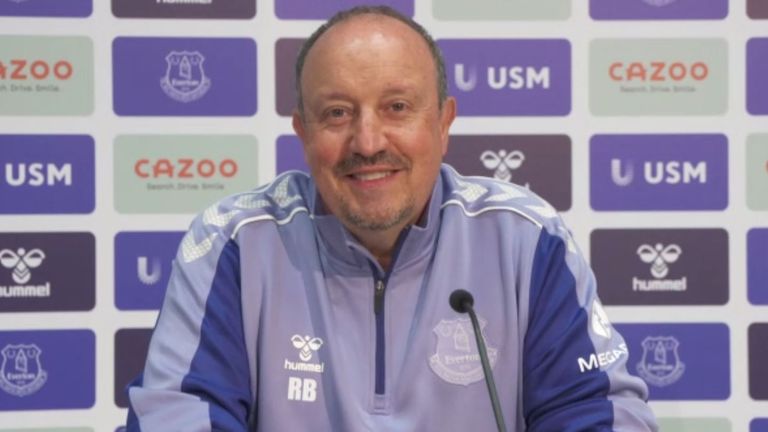 “Everton are a very big club and the main objective is to be pushing and competing back up there in the table. I want to work hard on the training pitch and work my hardest for the club on the pitch.”

Gray only joined Leverkusen in January after a five-year spell with Leicester, and went on to record one goal and two assists in 12 appearances for the club.

The former England U21 international – who won the Premier League with the Foxes in 2016 – will wear the No 11 shirt at Everton.

Gray added: “I want to push on, be a pivotal player in the squad, help the team score goals and assist goals. I feel like I’m at a period in my career now where I can put everything together and achieve the targets I have set for myself.

“With the ability I know I have and the belief in myself, I can help this team.”

Gray will now join the Everton squad training in Orlando ahead of the pre-season friendly against Colombian side Millonarios on Sunday night.

He is Benitez’s third signing since he replaced Carlo Ancelotti, following the arrivals of Asmir Begovic and Andros Townsend.

You can follow all the latest transfer news and rumours in our dedicated Transfer Centre blog on Sky Sports’ digital platforms, as well as keeping track of all the developments on Sky Sports News.