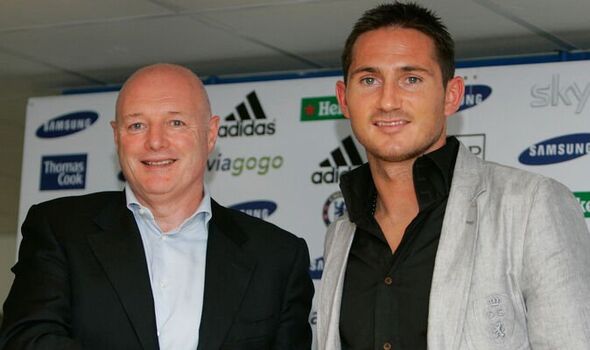 According to the Daily Telegraph, Kenyon is part of a consortium alongside the chief executive of Minneapolis-based Talon Real Estate Maciek Kaminski and American businessman John Thornton. They are being advised by investment specialist Michael Klein, along with the US law firm Weil, Gotshal and Manges.

Kenyon joined Man Utd in 1997 and was promoted to the role of CEO in 2000. He was credited with playing a key role in convincing Sir Alex Ferguson out of retirement in 2002.

The 68-year-old was then appointed by Chelsea in 2003 at the beginning of Roman Abramovich’s spell as owner. Kenyon first met current Everton boss Frank Lampard during his time at Stamford Bridge and the report claims that the 43-year-old will receive the backing of the new consortium should their takeover be completed.

Moshiri’s valuation of Everton considers the debt the club is in. The Toffees recorded losses of £250m over the last two seasons, owing partially due to the Coronavirus pandemic and its financial implications.

Former Arsenal shareholder Moshiri increased his share in Everton to 94 per cent in January. In a recent statement, he apologised to fans for a “difficult” season, in which Lampard just about guided the club to Premier League safety after replacing the deeply unpopular Rafa Benitez midway through the campaign.

The report claims that the consortium might want assurances that Everton will not receive a fine or a points deduction over Financial Fair Play issues but the club have always insisted that they have not breached any rules.