Joelinton toiled for two-and-a-half years to become an overnight sensation at Newcastle, transformed by a switch from attack to midfield.

The Brazilian has been a figure of fun at times since his £40million move from Hoffenheim, but his outlook has been unflinchingly positive and he is determined to help Eddie Howe’s team win their fight against relegation.

‘I am happy to be at Newcastle,’ Joelinton told Sportsmail. ‘This is what I love to do and I have to be responsible because of it. I will always give my best, in training and on the pitch. 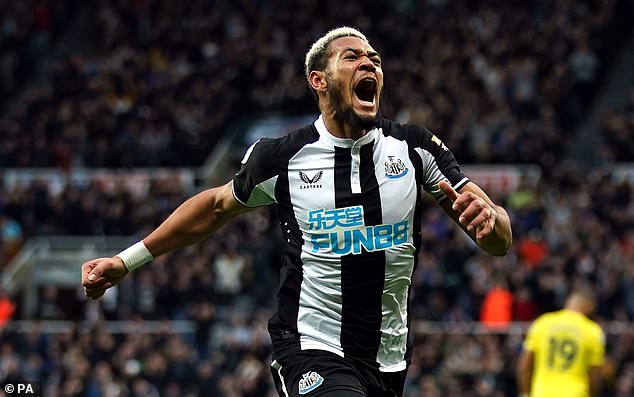 ‘Eddie trusts my work ethic and this makes me even more comfortable here. He trusts how I play. We’ll overcome this situation.

‘Criticism is a part of the footballer’s job and we have to know how to deal with it. It’s never good to see bad reviews but we know that football is about emotion. The only way I could change anything was to keep playing and giving my best during training and games. It’s so good to receive good messages from our supporters. I just hope to keep it rolling.’

Joelinton earned high praise for his performance in midfield against Manchester United on Monday. Boss Howe hailed his ‘tactical understanding’ and his ‘brilliant’ defensive work. 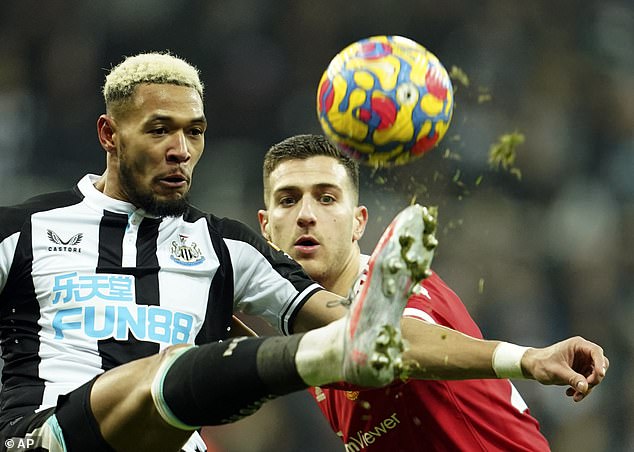 ‘This was not my first game as a midfielder,’ said 25-year-old Joelinton (left). ‘Against Norwich and in the second half at Leicester, I was there. But it’s still new for me.

‘I’m doing what the coach asks me and I hope to keep improving. I was happy with our game. Unfortunately, we weren’t able to win it.’ 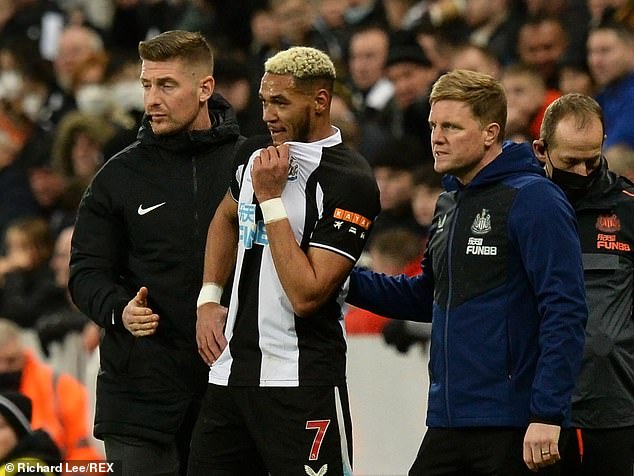 Newcastle led for more than an hour against United only to concede a late equaliser while Thursday’s game at Everton is off due to Covid and injuries in Howe’s squad.

They will start the new year in the relegation zone facing a fight to survive despite all the excitement around the Saudi takeover and Mike Ashley’s exit.

‘We can get out of this situation if we keep up this pace,’ added Joelinton.

‘I’ve always battled a lot to achieve my dreams and I’m humble enough to tell you there’s a lot of work put in every day to be 100 per cent ready for every game.’