Non-League side Marine have offered free entry to Tottenham season ticket holders to a league game at Rossett Park next season.

Northern Premier League Division One side Marine, who play in the eighth tier, will host Premier League leaders Tottenham in the third round of the FA Cup on January 10, but Spurs fans will not be allowed to attend the game due to current coronavirus restrictions.

However, the Liverpool-based side have now given Tottenham supporters the chance to watch a game at their ground in the 2021/22 season free of charge. A club statement read: “Since the draw was announced, Marine has been inundated by groups of Spurs fans coming to the Marine Travel Arena to take photographs of our proud stadium that their heroes will be playing at.

“It has been an incredibly tough year for everybody in football. For Marine fans, we have had a once in a lifetime FA Cup run but sadly the ties against Colchester Utd, Chester, and Havant & Waterlooville had to be played behind closed doors.

“This is devastating for the supporters of Marine and has also severely affected the revenues we would have otherwise received.

“Likewise, Tottenham Hotspur fans have not been able to attend their games and have missed their team’s rise to top of the Premier League. Spurs fans also are not allowed to attend the FA Cup match due to the pandemic. 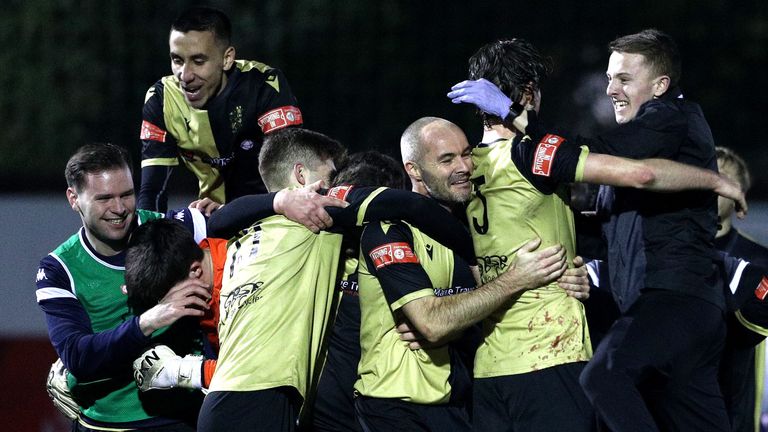 “As a result of this, Marine Football Club announce that they will allow entry next season free of charge to one Marine league game to all Spurs season ticket holders. This will allow Spurs fans to have the chance to attend the ground having missed out this time and will strengthen that bond between the clubs.

“An email should be sent at least 48 hours before any league game next season with your name and season ticket number to [email protected] stating the game you wish to attend. Instructions on ticket collection will then be provided.”