Antonio Conte is reportedly the man Tottenham want in charge heading into next season, but Fabio Paratici is set to join first ‘regardless’ of what the Italian coach decides to do. Spurs have taken their time in searching for Jose Mourinho’s permanent replacement.

Daniel Levy sacked the Portuguese tactician back in April, with Ryan Mason coming in as interim manager.

The former Tottenham midfielder was never seemingly in line to take the job on a full-time basis past the end of the season.

And the likes of Brendan Rodgers, Scott Parker and Graham Potter were the original frontrunners to take over the north London outfit.

Mauricio Pochettino then emerged as a surprise candidate with the Argentine reportedly keen on a return to Spurs. 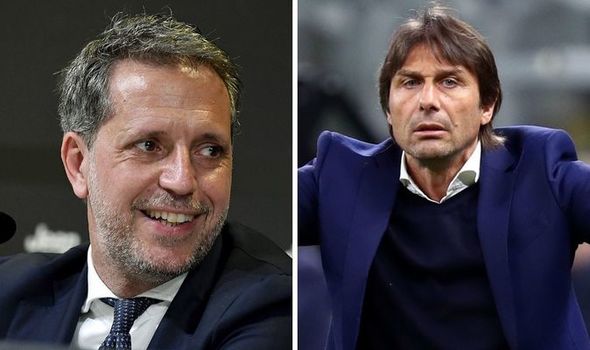 Paris Saint-Germain though weren’t willing to negotiate and Tottenham have since switched all their focus on appointing Conte.

It’s been claimed that negotiations between Conte’s representatives and Tottenham have been taking place for the past few days.

The former Chelsea boss is said to want reassurances on transfers and the club’s motivation to challenge for silverware straight away.

And bringing Paratici, who worked with Conte during their time together at Juventus, is seemingly key to an agreement being made.

But it appears as though Paratici may well be confirmed as Tottenham’s new director of football before Conte’s potential arrival.

According to transfer expert Fabrizio Romano, an ‘agreement’ for Paratici to take over the role at Tottenham is close to being completed.

And his seemingly imminent arrival at Tottenham is said to have no bearings on whether Conte follows him to the Premier League outfit.

Paratici has been lauded for his success at Juventus as the club’s director of football.

He spent 11 years working with the Serie A giants and was responsible for the club signing players such as Paul Pogba and Cristiano Ronaldo among others. 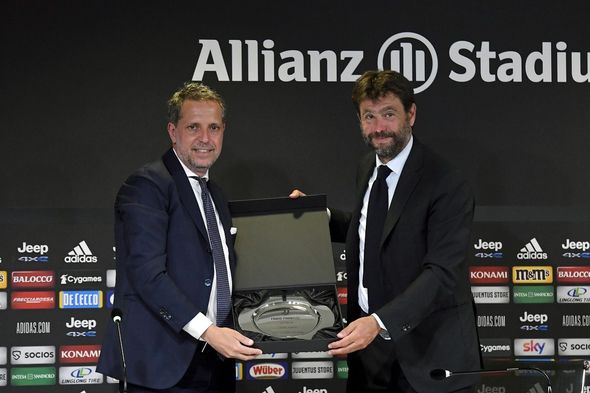 Signing top players on free transfers was also a hallmark of Paratici’s time at the Allianz Stadium.

He brought in the likes of Andrea Pirlo, Lucio, Adrien Rabiot, Sami Khedira and Aaron Ramsey.

But he also faced some criticism last summer after failing to sign Luis Suarez, who went on to win La Liga with Atletico Madrid.

Paratici held a farewell press conference at Juventus on Friday, where he refused to discuss his future plans.

He said: “I don’t think this is the right time to talk about other clubs today, it’s my Juventus farewell today.”

Tags: autoplay_video, Fabio Paratici
You may also like
Latest Posts