Instead of the first trophy he needed, Ole Gunnar Solskjaer still has all the old questions he could do without. They are maybe now more severe than ever.

There was more here than a big chance squandered.

It may seem harsh to dwell on the negatives after a game that went the distance in the truest sense, and could really have gone either way, but that’s the point. It should never have got that far.

Manchester United should have had this Europa League final won long before the end of the 90 minutes. Villarreal looked done at more than one point.

Of course, it’s not just about this match.

United shouldn’t have been in this competition. They should have eased their way through their Champions League group, having won their first three games.

So, this is really failure upon failure. Defeat in the Europa League final only makes that all the more acute, totally eroding any credit taken from a relatively forgiving run.

The brutal reality is that the flaws that saw them fall out of the Champions League were still visible here.

More than anything, there were some baffling in-game decisions, even if some were inverted. Whereas that decisive defeat to Paris Saint-Germain saw Solskjaer inexplicably refuse to take Fred off when it was clear to anyone he was destined for a red card, he here refused to bring players on, when it was similarly clear to anyone that Dan James’ pace could have hurt an ailing Villarreal.

That inertia on the sideline did more than gift the swing of the game back to Villarreal, as they freshened up with five subs.

It once again made United fail to capitalise on a period of genuine quality. But was that quality just because they do have great players, who are capable of always bailing them out – but will inevitably fade at big moments when there is no bigger game plan. Many might say Solskajer did little wrong, and they just failed to open a defensive team in a tight game, but that’s kind of the point again. He almost did nothing. There was that inertia again. And while a lack of faith in his squad may be understandable against Manchester City or Liverpool, this was Spain’s seventh-placed side – who were literally delighted to just win their first trophy. Against that, and an exhausted team at times inviting pressure, United has just two shots on target.

It was why so much of this match was almost a microcosm of the season, and entirely in keeping with it. United alternated between spells where they were good and spells when they were wholly unconvincing, with any sense of where they are ultimately dependent on the final result. The game thereby became a referendum on the campaign. 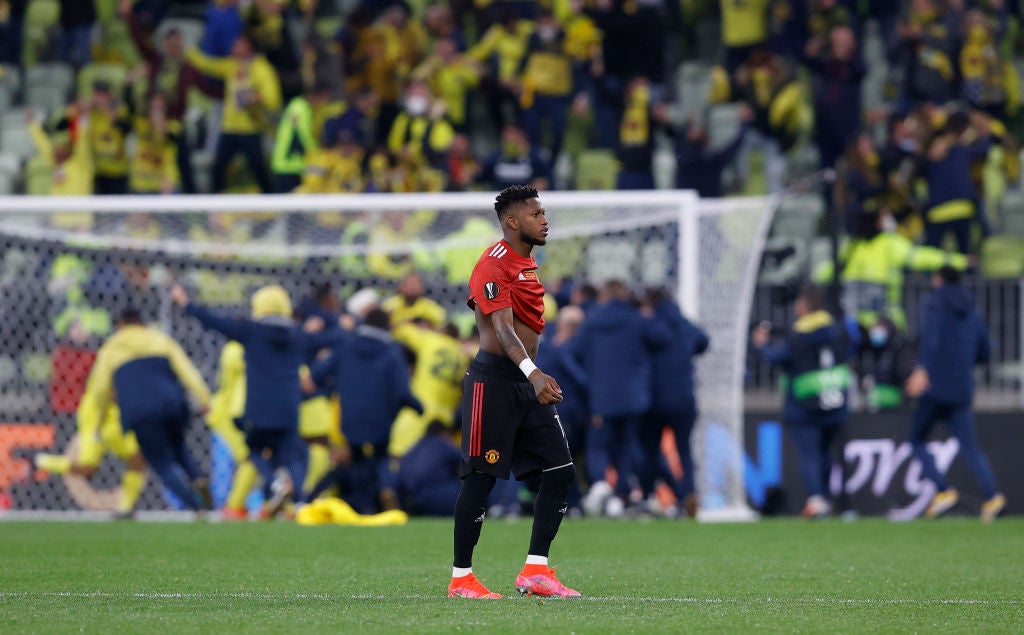 The shame is there has been some genuine progress this season. Solskjaer has improved United’s overall points return, as well as their position, as they were that bit closer to a genuine title challenge in second.

That can’t be denied, but the wonder remains how definitive it actually is. That’s what defeat here fostered.

It fed into the uncertainties of the season as a whole. It is possible that United just capitalised on a hugely distorted campaign where all of Liverpool, Chelsea, Tottenham Hotspur and even Arsenal had huge disruptions – as well as two changes of managers.

Solskjaer kept United on course, to where they should be, but no more. This is the worry from this game.

It is at least possible that this is his ceiling, that there is to be no more progression as a coach.

Solskjaer is 48, having been in management for over a decade, and at United for two and a half years. He still has nothing to show for that other than Norwegian trophies from over seven years ago. This was a golden chance, one almost offered up. And he flunked it.

He was instead bested by Unai Emery, the sort of manager that United would dismiss as a potential option, and who offered them great mirth in eliminating Arsenal. He has now done a number on United and Solskjaer, too.

The game might have officially been a draw, sure, but Emery is working off vastly inferior resources. He was working off Premier League rejects like Alberto Moreno and Francis Coquelin. This isn’t to disrespect two players who admirably had their moment, and rose to the occasion. It is just the reality of United failing to seize the moment – failing to win what they should have won. 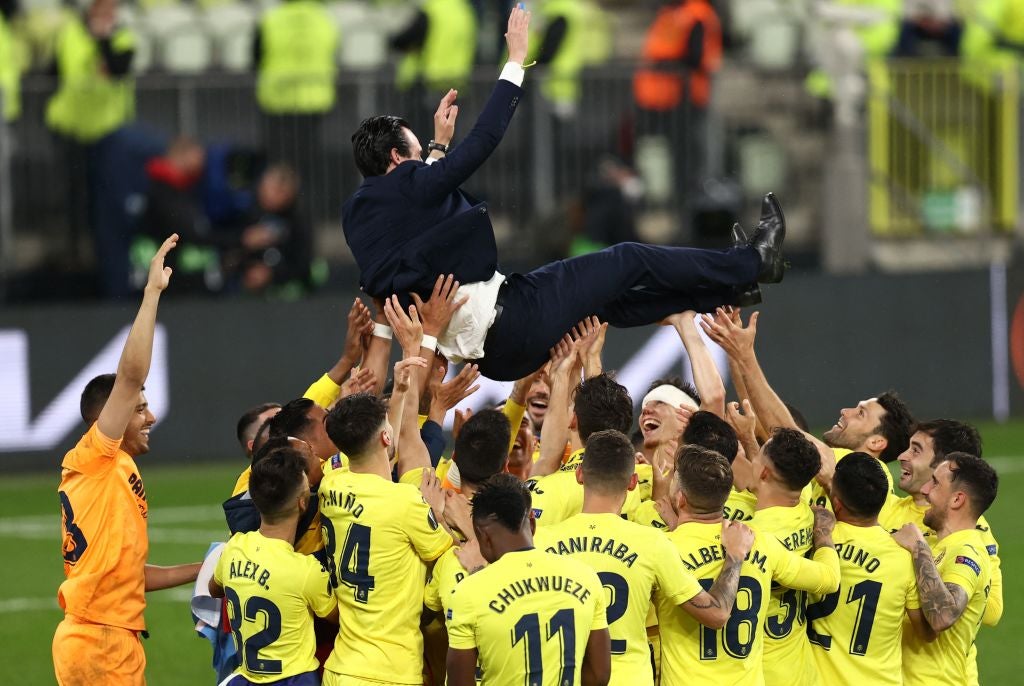 That, strangely, is now the story of the season.

It is failure upon failure. Europa League final defeat has only followed Champions League elimination, with both showing why there are still so many questions whether Solskjaer is one of the right men for this job – let alone the best.

The Norwegian hasn’t offered the response he should have. That means that so much doubt remains.

The season has now ended on a negative. It never should have got to this.