Football fans have slammed the fact that Chelsea’s clash with West Ham doesn’t have a kick off time confirmed yet, despite the game being just five days away.

Thomas Tuchel’s side host the Hammers on Saturday at Stamford Bridge but the kick off for the clash is currently listed as ‘TBC’ on the Premier League website.

The game was originally supposed to be played on Sunday at 2pm, but due to the Champions League draw, Chelsea are now set to travel to Croatia to face Dinamo Zagreb on Tuesday, meaning their clash with West Ham was brought forward a day. 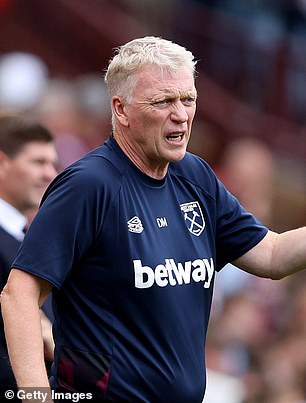 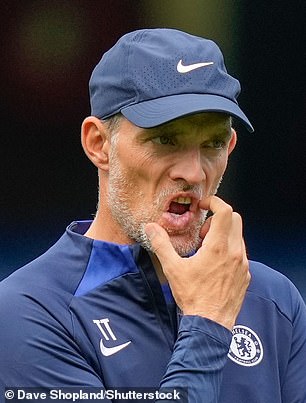 And both Chelsea and West Ham supporters are fuming with the lack of clarity over what time the game will kick off.

One angry supporter said: ‘Chelsea v West Ham match scheduled for this coming weekend. The game is 5 days away and we still don’t have a ko time. How do fans make travel arrangements, book trains etc? Total disregard for fans as usual. THIS IS A SHAMBLES @JimWhite @SkySportsPL @ChelseaFC @ThreeUK’

Another added: ‘It’s an absolute disgrace and heads should roll. The media should be all over this but, as usual, too concerned about biting the hand that feeds.’

One supporter questioned whether either team cared about their supporters

Others were curious as to why the issue is yet to be sorted as the days tick by until the clash: ‘Kick Off Time For @ChelseaFC v @WestHam would be appreciated, 41,000 Non- Important Fans Need To No?’

‘How has the KO time against West Ham not been sorted?!? Everyone knew the CL draw could affect it!!! The disregard and disrespect for the fans is so so s**tand for us all to see (AGAIN) @ChelseaFC @PremierLeague.’

Meanwhile, one fan questioned whether the clubs actually cared about their supporters. They said: ‘Football is for the fans. Chelsea are playing West Ham at home next Saturday but we’re not telling you what time.’

The fixture had earlier this month been announced as a Sky Sports match in spite of the likelihood that Chelsea would have to play in Europe on the Tuesday. 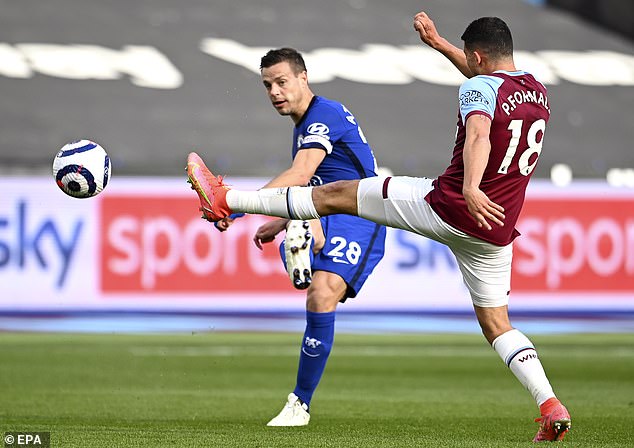 Chelsea against West Ham is likely to kick off at either 3PM or 7.45PM on Saturday now

Normally, a notice period of three weeks is required for broadcast changes to the fixture schedule and while this isn’t specifically a broadcast-related alteration, it is still causing much anguish to fans.

It is expected that the game will either be played at 3PM and therefore not be broadcasted live, or pushed back to 7.45PM on Saturday night.