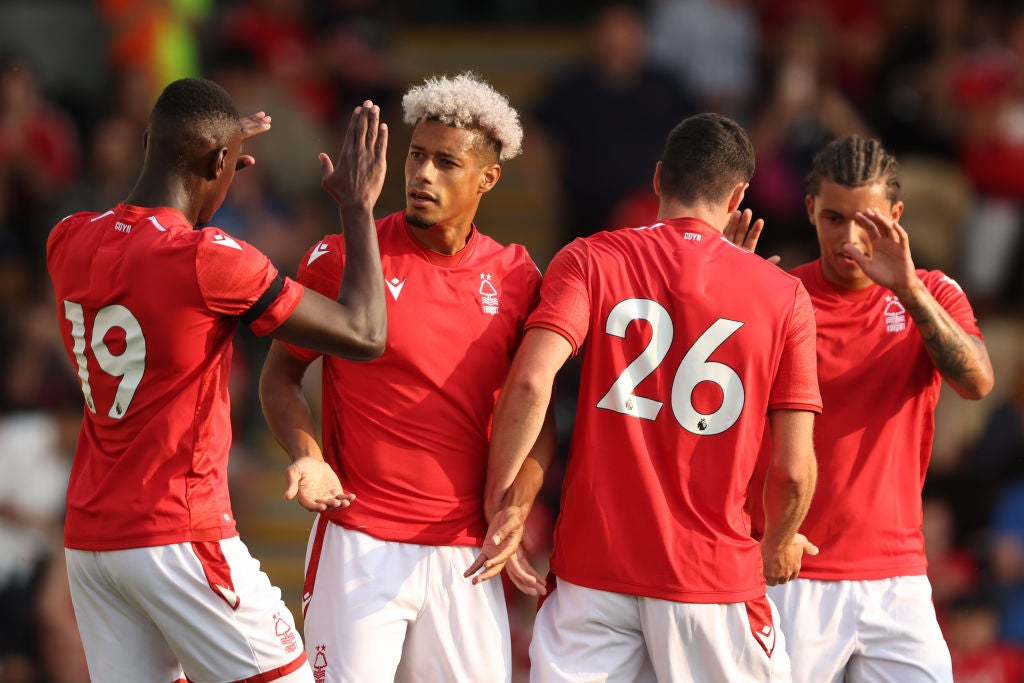 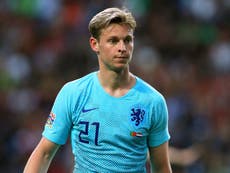 But since Friday’s 6.30pm deadline is now looming large, it’s time to start building your squad. Here’s 30 players who we recommend starting with… 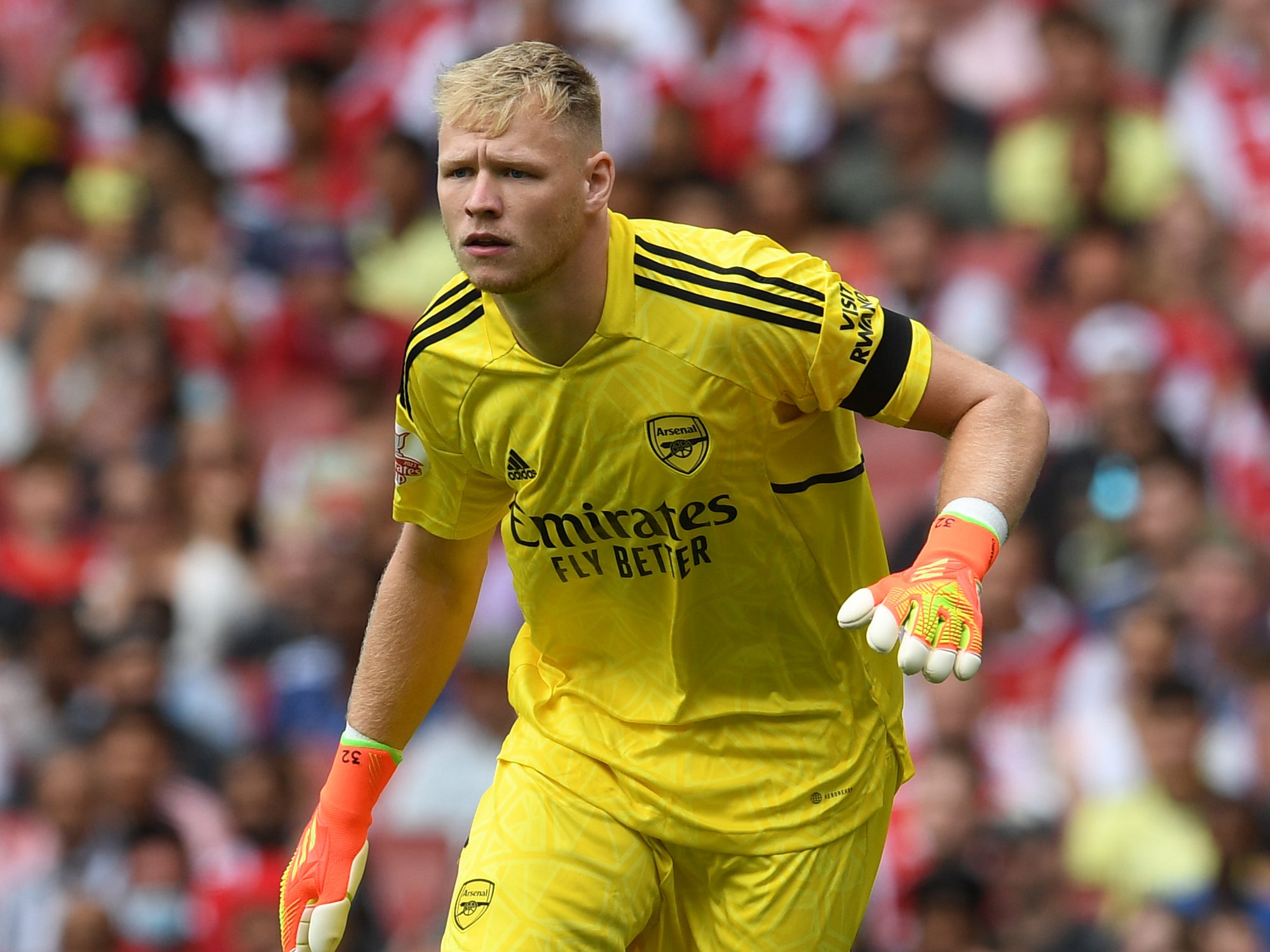 Dropping their maximum price down to 5.5m has put premium goalkeepers back on the menu. With Manchester City being the tightest defence in the league, counting on Ederson’s clean sheets until the best budget option emerges is a sensible play.

Ramsdale had a season of two halves last year but was the best goalkeeper pick in the game for a while, with decent clean sheet potential boosted by a habit of picking up saves and bonus points. Arsenal’s fixtures are favourable to start with.

Picking a 4.5m goalkeeper has traditionally been the smart thing to do but there is not really an outstanding option among this year’s cohort. Sanchez is probably the best of the bunch as Brighton keep things relatively tight but do not expect more than the odd clean sheet.

Selecting a back-up goalkeeper from the cheapest bracket is usually the way to go and interestingly, we have one who looks likely to play. Kasper Schmeichel’s imminent departure to Nice should thrust Ward into Leicester’s starting line-up.

With Ward’s back-up Iversen also priced 4.0m, we have the rare prospect of a viable 8.0m pairing. It is definitely worth considering if you need an extra 0.5m, but you’ll run into a problem if Leicester sign a first-choice goalkeeper between now and the end of the month. 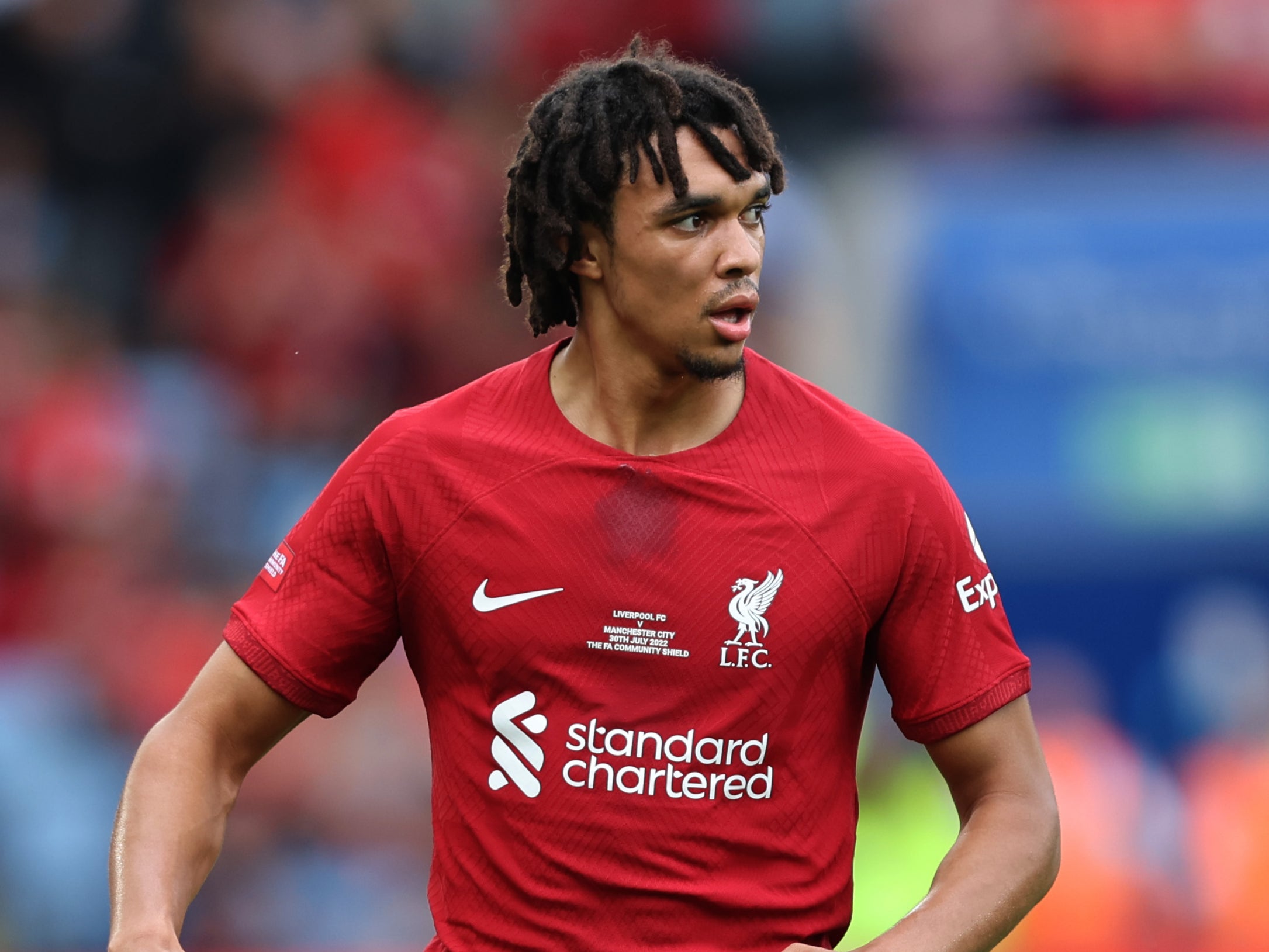 As close to essential as it comes, Alexander-Arnold surpassed the 200-point barrier again last year but is still priced at just 7.5m. Though that makes him the most expensive defender in the game, it’s what you pay for a mid-price forward who’ll get you only half the points.

Cancelo finished with only seven points fewer than Alexander-Arnold and offered more on average per million spent. To score just one goal was disappointing – a lot of his many shots were from range – but he was that rare thing: a rotation-proof player in a Pep Guardiola side.

James could make a mockery of his 6.0m tag. The Chelsea right-back was prone to following a double digit-haul with zero-pointer last season, making him hard to predict. The easiest thing to do might just be to set him in your squad and wait for the points to roll in.

An alternative route into City’s defence for those tempted to go without Cancelo. Injury-permitting, Dias should be as close to a permanent fixture in City’s side as is possible and also carries an aerial threat for the team with the most set-piece goals last season.

Wing-backs playing under Antonio Conte tend to be brilliant fantasy assets and Perisic should be no exception. As a 33-year-old, there will be a lot of rotation and early substitutions along the way but, if you can cope with that, he could be a game-changer.

Locked in as one of Arsenal’s starting centre-halves, Gabriel opens the season with a set of decent fixtures from a clean sheet perspective. The Brazilian carries an aerial threat too, while Crystal Palace and Leicester have been known to struggle on set-plays.

The budget Perisic. Doherty’s minutes on the opposite flank are a little less certain, where he faces greater competition for a regular start. Still, he appears to be first-choice for now and his underlying statistics before an injury at the end of last season were fantasy gold.

Going big at the back is popular this year but there are still potential bargains in the 4.5m bracket. Dunk will be a mainstay in a Brighton defence that should keep a few clean sheets to begin with and he pops up on corners every now again too.

The go-to 4.0m defender. If Williams can replicate Djed Spence’s impact from the right-wing back slot, then he will be a good option to have on your bench, ready to fill in for any unexpected absences.

Patterson has started ahead of Seamus Coleman throughout Everton’s pre-season. Ideal to pair with Williams if you settle on playing a back three, allowing you to spread funds elsewhere. 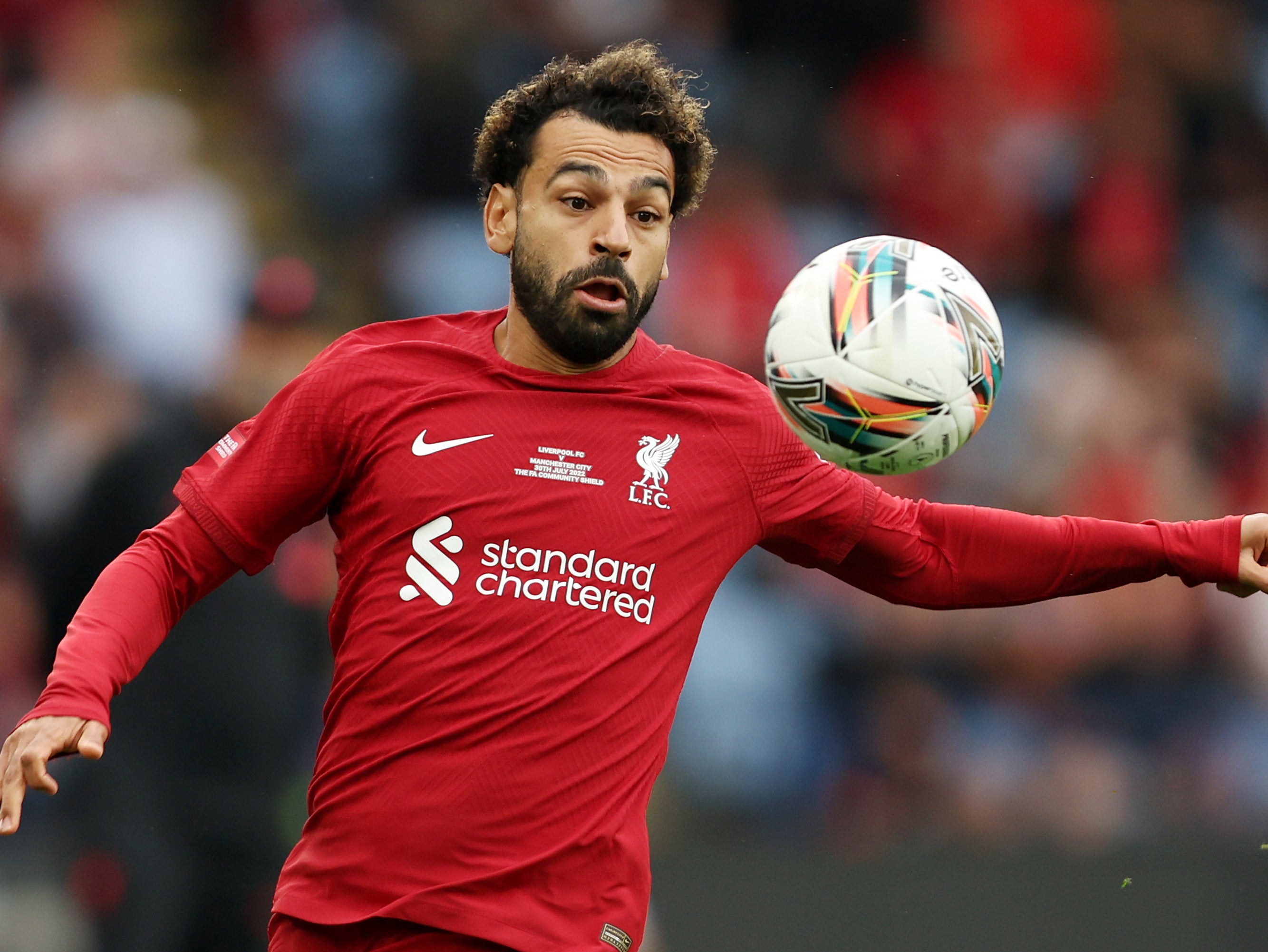 There’s a theory you can go without Salah at the start of the season and it’s true, you can, but know you are potentially entering a world of pain. Last season’s highest points-scorer will be heavily captained for an opening weekend trip to Fulham.

There are a variety of options in the 8.0m bracket but Diaz just about pipped the rest to the post in terms of underlying stats last season, albeit from a smaller sample size. Whether you go for him or Andy Robertson as your third Liverpool player depends on your team structure.

Of the other 8.0s, Mount stands out. More assured of starting than Phil Foden or Riyad Mahrez, more of a goal threat than Dejan Kulusevski. Bukayo Saka is another viable option but Arsenal spots are at a premium for some.

At his lowest fantasy price in years after a torrid season, Rashford will be a bargain if he regains any form under Erik ten Hag. Perhaps a ‘wait and watch’ until we know more about this new Manchester United, but those who jump on him early could be rewarded.

Martinelli faces stiff competition in Arsenal’s frontline but appears to be the first-choice option on the left wing for now. Six goals and six assists was a decent return which should only be improved upon, especially if he emerges as first-choice penalty taker.

Selected by less than 1% of managers and understandably so, after an inconsistent showing last season, but should start playing off Patrick Bamford for a Leeds side that has a good opening run of fixtures.

Missed the majority of last season through injury but was one of the more exciting young players in the Premier League before that and represents excellent value at just 5.5m. Already a popular pick in around 19% of squads.

The break-out fantasy star of pre-season. Few would have considered Bailey an option until a run of performances that appears to have cemented his place in Steven Gerrard’s starting line-up. Prepare an escape route if he loses his place but could be worth a punt.

A starting 4.5m midfielder with attacking upside in his locker, Pereira is an excellent first substitute in case your squad suffers any unexpected injuries, suspensions or benchings. Set and forget. 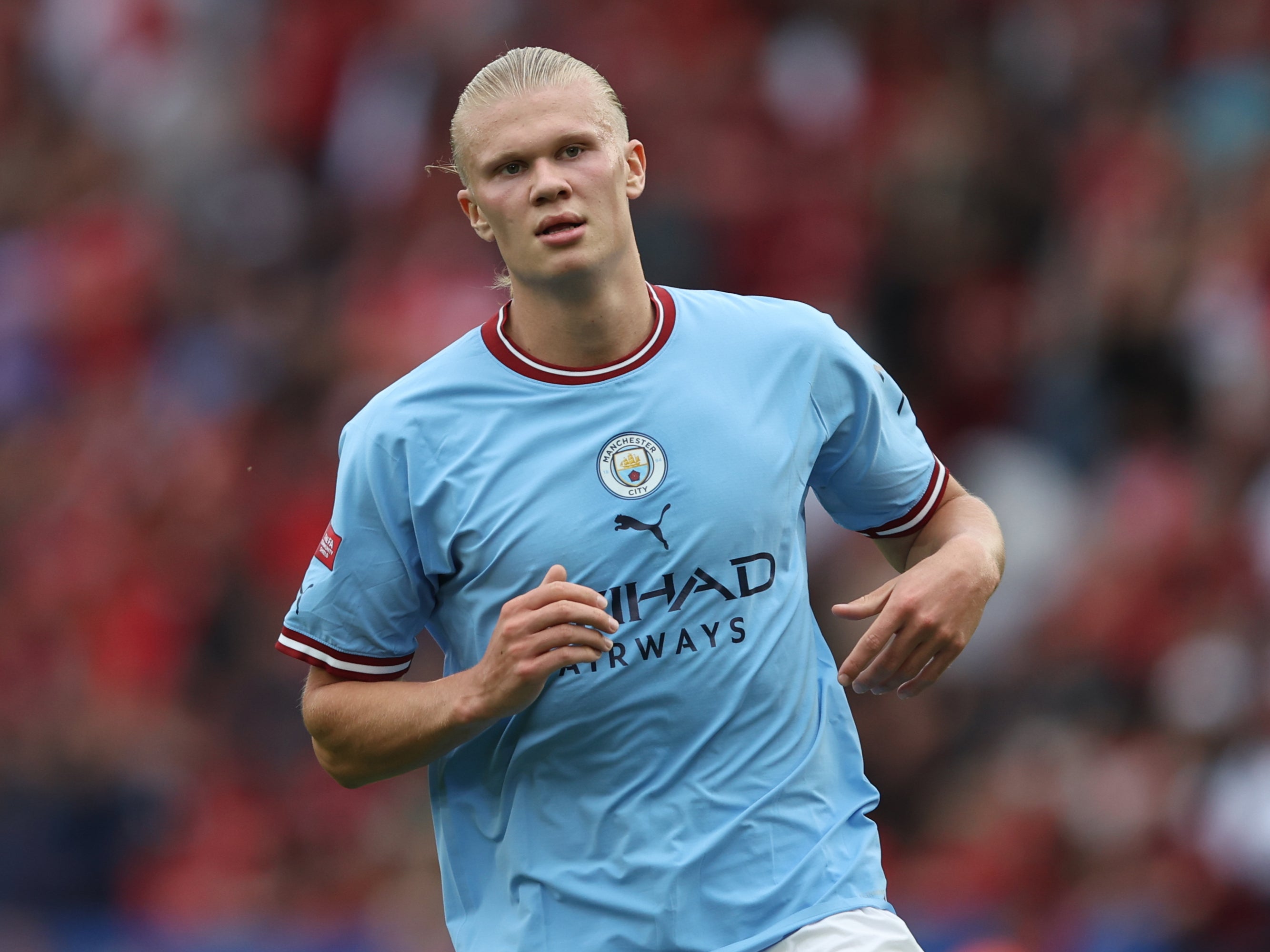 He’s here and he’s going to score a lot of points. One of the unwritten rules of fantasy football is not picking players who are new to the league but it’s always been more a guideline anyway. And in Haaland’s case, you can probably make an exception.

Then again, you could pick Kane for the same price. A lot of managers are planning to start with Kane in a plum fixture against Southampton, then switch to Haaland for his meeting with Bournemouth. You spend a transfer but that’s what they’re there for, right?

Currently the most popular pick in the game, even more than Salah, it is easy to see why Jesus is in so many squads after his storming pre-season with Arsenal and an attractive 8.0m price tag. His first two fixtures are not the best, mind you.

Is this finally the year that Mitrovic makes the step up from Championship superstar to Premier League striker? We have been burnt before but when Fulham score, it’s likely to be through the Serbia international.

The same potentially applies to Awoniyi and newly-promoted Forest. A former Liverpool reserve, he arrives from Union Berlin with 15 goals in 31 Bundesliga games and will lead the line alongside Brennan Johnson. 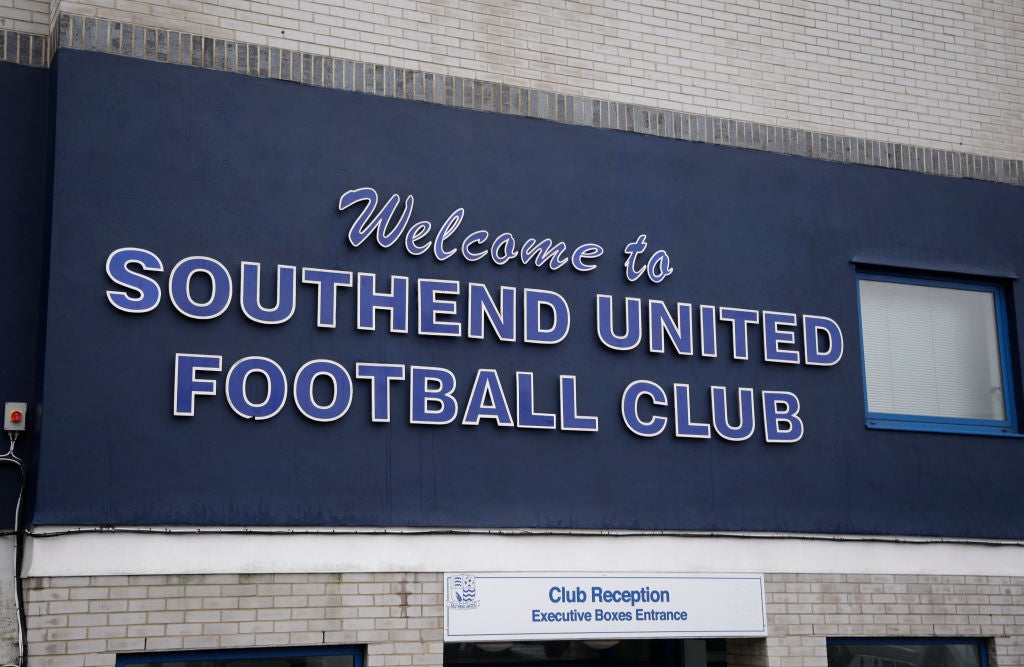 Value has tended to come in defence and midfield in recent years rather than up front. With that in mind, you might not want to spend much in the third striker spot. Archer looks to be the promising of the 4.5m options.