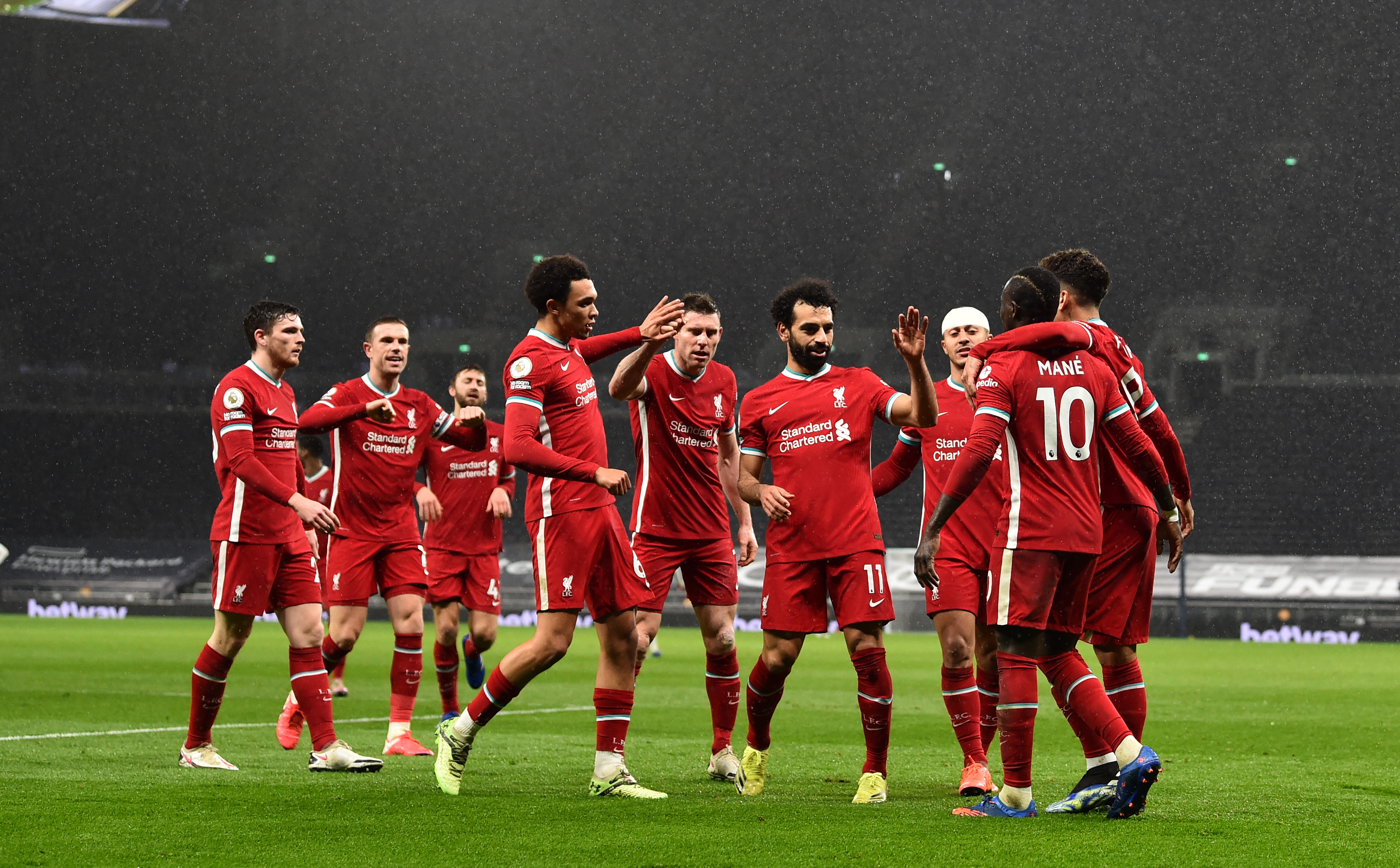 Rio Ferdinand and Peter Crouch were in agreement that Liverpool should not be written off in this season’s title race after the Premier League champions produced a convincing performance to win 3-1 at Tottenham.

Pierre-Emile Hojbjerg gave Spurs a brief glimmer of hope with a thunderous long-range strike in the 49th minute of Thursday’s heavyweight clash – after goals from Roberto Firmino and Trent Alexander-Arnold – but Sadio Mane capitalised on a mistake from Joe Rodon to put the game out of sight.

Jurgen Klopp would have breathed a sight of relief as referee Martin Atkinson blew the full-time whistle at the Tottenham Hotspur Stadium given his side have looked toothless in recent weeks and were without a win in their previous five top-flight matches.

The result saw Liverpool leapfrog West Ham and move back into the top four and the star-studded punditry team in the BT Sport studio felt it was a statement performance from the Merseyside giants after such a difficult winter period.

‘Everybody has been on their case. Is their season over in terms of challenging? I think they’ve answered that emphatically tonight.

‘Yes, they were given some gifts tonight but you’ve got to be there to take them and they’ve punished this Spurs team and Liverpool are going to be there or thereabouts.’

But Ferdinand believes the club’s attacking firepower means they will be in with a serious chance come the business end of the season.

The former Manchester United and England defender added: ‘When you’ve got a strike-force like this… yes, they’ve had a bit of a blip in form, a little downturn in form in front of goal, but these guys are seasoned at knowing how to be around the top of the Premier League.

‘They’re going to be a force. They’re missing main cogs in the backline, that’s an issue.

‘But when you’ve got these type of strikers that may gain confidence again from this, you’re always going to be in with a chance.’

Crouch said he was always confident Liverpool would come through their difficult patch and had actually made a bet with Ferdinand that they would finish above United in the table.

‘I believed in them when they were going through this bad spell,’ the ex-Liverpool, Spurs and England striker said.

‘I had a little bet with Rio last night, I still think they’ll finish above United, I think they’re still in the title hunt.

‘They’ve got some top players, I thought Henderson dropping into centre-back tonight was fantastic.

‘It’s going to be a struggle at times because Nat Phillips had to come on, I’m not sure what happened with Joel Matip, they’re definitely struggling in that area.

‘But when they’ve got the attacking talent they have on display, you cannot write them off.’

Tags: and, Crouch, Ferdinand, LIVE:, rate
You may also like
Latest Posts