‘I’ve got to get through the week first against my team-mates, let alone play on Saturday’: Rio Ferdinand recalls the difficulty of facing Rooney, Ronaldo and Co in Man United training – and how it was just as challenging as Premier League games!

Rio Ferdinand has recalled the challenge of training with some of Manchester United’s best forwards over the years – and how it was just as difficult as most Premier League matches.

Ferdinand cemented a legacy as one of the greatest Premier League defenders of all time in his 12-year stint at Old Trafford, where he claimed six Premier League titles, two League Cups and the Champions League under Sir Alex Ferguson.

The former England captain shared a dressing room with some legendary strikers over the years, including the likes of Wayne Rooney, Cristiano Ronaldo and Ruud van Nistelrooy. 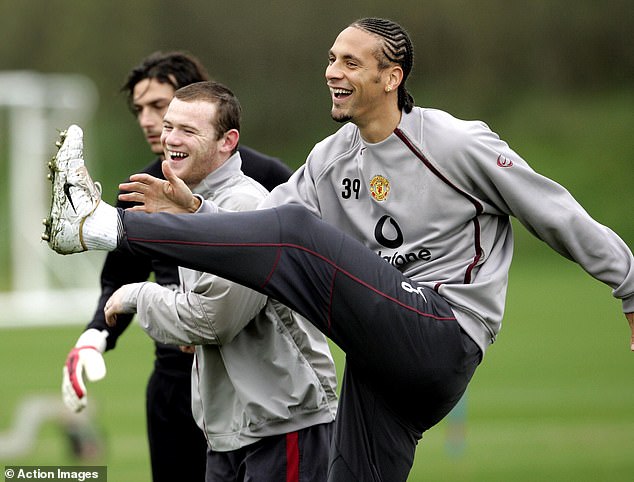 And such was the level of talent United possessed in attack, Ferdinand admits that training was often just as demanding as games at the weekend.

’I always used to feel blessed I was at a club like Man United because we had so many great players,’ he said on BT Sport.

‘Every day you had to be on it or you would be embarrassed. Louis Saha was a great example. Phenomenally talented player, all of his attributes would test you daily.

‘Robin Van Persie, Diego Forlan, playing off both feet and made sure you had to be on your toes. The obvious ones, the Rooneys, Ronaldos and Van Nistelrooys.

‘All of these players, you sit there in training, your friends would go “what’s it like playing against him?” I’ve got to get through the week first against my team-mates, let alone play on Saturday against whoever I’m playing against, so it’s good to have that.’ 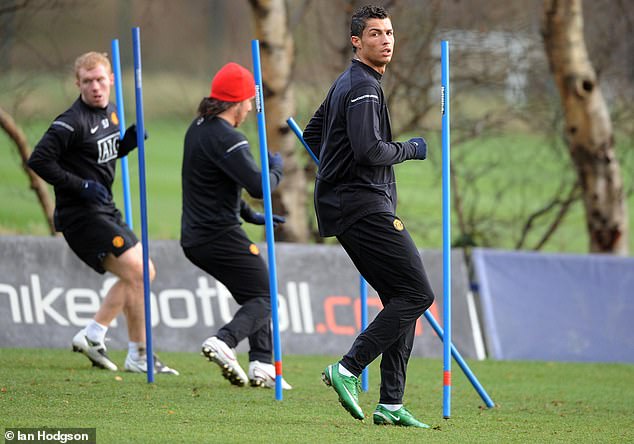 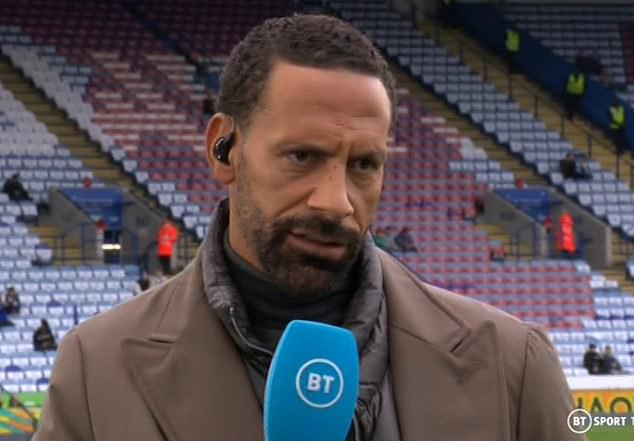 Ferguson guided United to 13 league titles in his iconic stint as manager, and every one of his sides relied upon the firepower of a natural centre-forward in attack.

Modern teams are not as dependent on No 9s, with Manchester City boss Pep Guardiola making the false-nine system trendy in English football of late.

But Ferdinand’s co-pundit Joleon Lescott believes defenders need to be tested against a mix of attackers in training to prepare themselves for all styles.

‘I think there was a variety of strikers at City in my time,’ Lescott said. ‘[Carlos] Tevez, [Edin] Dzeko and Sergio [Aguero], you’d have to expect them in different ways.

‘It makes you adaptable in games. That is what certain defenders are missing.’