Lionel Messi may be the joint highest-rated star on FIFA 23, but gone are the days where the Argentina international and Cristiano Ronaldo stood out in front of the rest of the pack. Both players are entering the twilight years of their respective careers at Paris Saint-Germain and Manchester United. And a new era, it seems, is well and truly upon us…

For well over a decade, Ronaldo and Messi have been widely regarded as the two best players in the world.

And rightly so. After all, everything they’ve achieved over the course of their respective careers is staggering – making them arguably the greatest footballers of all time.

This has, for years, been reflected on the FIFA video game series from EA Sports.

Not since FIFA 11 has either of the duo been given a rating less than 90. On that occasion it was Ronaldo, despite the Portugal international scoring an impressive 33 goals from 35 matches across all competitions – registering 10 assists along the way. Yet while that’s the same with this year’s edition, it’s clear they’re no longer the vital virtual virtuosos they used to be.

In the years since, the duo have been the two best players on the game. A cheat code, without any cheating involved. 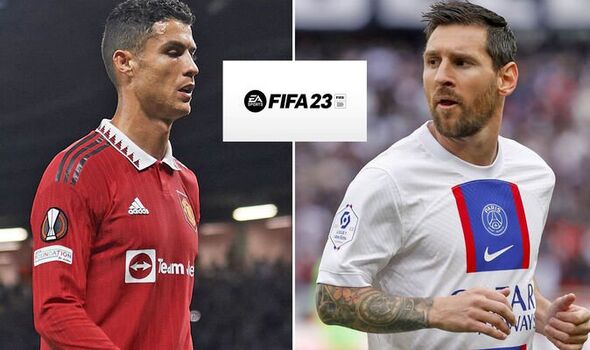 FIFA 15 saw the pair given the same high score of 93, with the duo’s numbers then increased by one the following year.

Ronaldo outranked Messi with a 94 rating on FIFA 17, which was no surprise given he had fired Real Madrid to Champions League glory the previous season.

It was a similar story with the sequel, with Ronaldo once again propelling his team to the biggest prize in the land.

But Ronaldo’s rating has dropped by one in the three instalments that have followed, whereas Messi has stayed at a lofty 93 – including in last year’s edition, the first where he was playing for PSG.

Now, however, things are changing. There are new superstars on the planet, with Messi and Ronaldo no longer the assets they used to be – in the virtual world, at least. 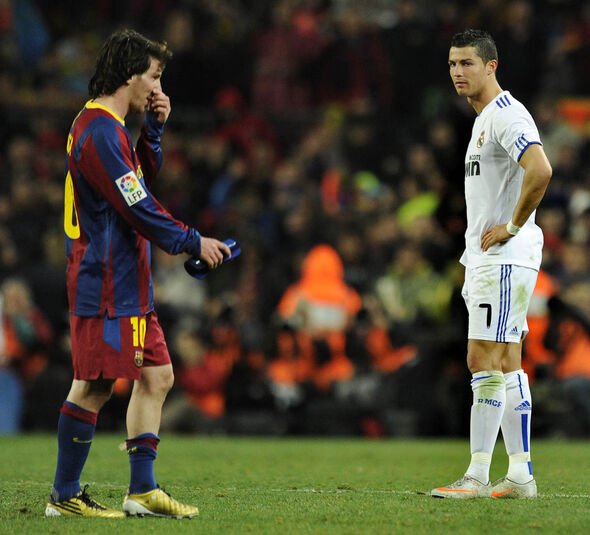 Messi has been given 91, the same rating as Karim Benzema, Kevin De Bruyne, Kylian Mbappe and Robert Lewandowski.

But the Argentina international’s statistics have dropped in nearly every area, from pace to shooting, passing to dribbling.

It is only a minor downgrade but, still, it speaks volumes. As Messi nears the end of his career, at the age of 35, he’s no longer regarded as the best player on the planet.

And the same can be said for Ronaldo, too.

Last season, the Portugal international was a shining light for United as they finished sixth in the Premier League table amid a chaotic campaign under Ole Gunnar Solskjaer and Ralf Rangnick.

He scored 24 goals across all competitions, more than any other player, showing he could still play at the highest level at the age of 37. 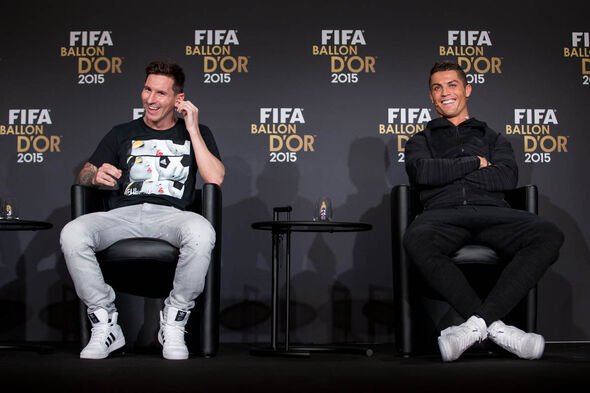 But with Ronaldo a different player to the one he used to be, EA have decided to reduce his rating further.

Ronaldo has still been given an impressive score of 90 but it’s one less than the 91 he was given in FIFA 22.

Like with Messi, the Portugal international has been docked points in just about every area of his game as well.

His pace has dropped by six, his passing by four and his dribbling by three.

So while Ronaldo and Messi are likely to be used on FIFA 23 just as much as in previous years, it’s clear that the era of them beating cheat codes is coming to an end.

Fans should savour the duo while they can because, in a year’s time, it’s possible their statistics on the game will be reduced even more.

But, as one chapter closes, another begins.

Benzema and Lewandowski are veterans but have had some aspects of their game boosted, while Mbappe’s potential can rise well beyond his own 91 rating.

And then there’s De Bruyne, who is still an undroppable figure for Pep Guardiola at Manchester City.

FIFA has been dominated by Ronaldo and Messi over the years, often leading to fans playing with Real Madrid and Barcelona when the pair were in their pomp.

But with the duo on the wane, when it comes to the gaming world at least, more variety is now expected.