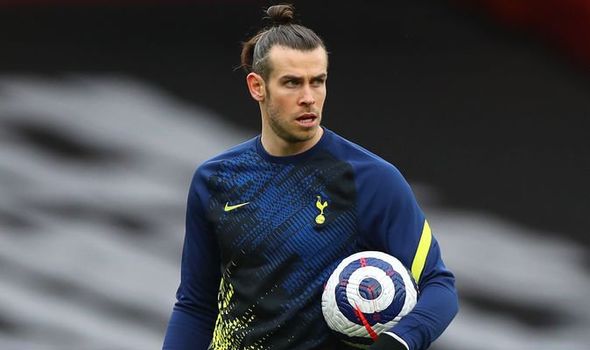 Gareth Bale caused a stir on Tuesday as the on-loan Tottenham attacker declared that he plans to return to Real Madrid at the end of the season. The Welshman has begun to find form at Spurs on his season-long loan from Los Blancos and it had been thought the 31-year-old might continue his stay in north London next term.

But Bale said: “I think the main reason I came to Spurs this year was to play football first and foremost. Going into the Euros I wanted to be match-fit.

“The original plan was to do a season at Spurs and after the Euros still have a year left at Real Madrid. My plan is to go back, that’s as far I have planned.”

And if Bale’s plan comes off, Spurs it seems may need another attacker to bolster their forward line next season, particularly if they do not sign Carlos Vinicius from Benfica to serve as back-up to Harry Kane through the middle.

They are likely to be mainly fixed on recruiting a replacement for Bale, however, with the Wales international having made himself the starting right-sided attacker alongside Kane and Son Heung-min.

Express Sport looks at the candidates who Spurs could sign this summer, all of whom are valued at below £40million according to Transfermarkt. 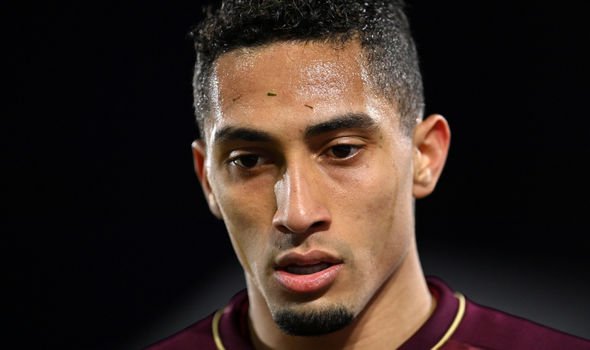 With six goals and five assists in 24 Premier League matches, Raphinha has been excellent for Leeds United since joining from Rennes for £17m last year.

Transfermarkt say the attacker, who plays mainly on the right but can operate on the left too, is valued at £22.5million – though his asking price would surely be closer to £40m.

The Brazilian, who is yet to earn a first call-up to Tite’s squad, has been Leeds’ most explosive attacker this season and at 24 is still young.

With Leeds in the bottom half of the table at present, it is feasible a move to a bigger club could tempt him although he’s said to be happy at Elland Road. 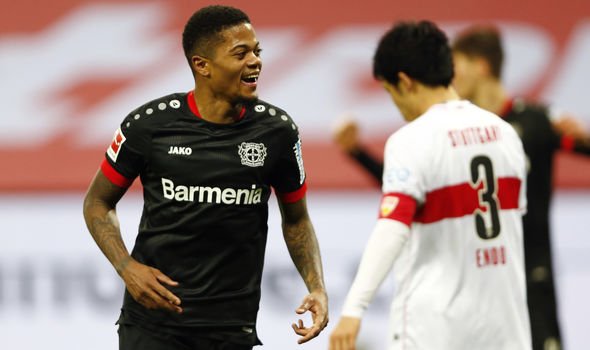 Leon Bailey has long been linked with a move to England and the Bayer Leverkusen wide-man is enjoying a strong campaign in Germany this year.

He has 12 goals and nine assists in 34 games for Leverkusen and has already matched his career best goal return in a single season.

The 23-year-old Jamaican international is predominantly a right-sided player but can be utilised across the front line, including as a centre forward.

Bailey is valued at £31.5m but may be attainable at £40m with Leverkusen currently sixth and set to miss out on European football. 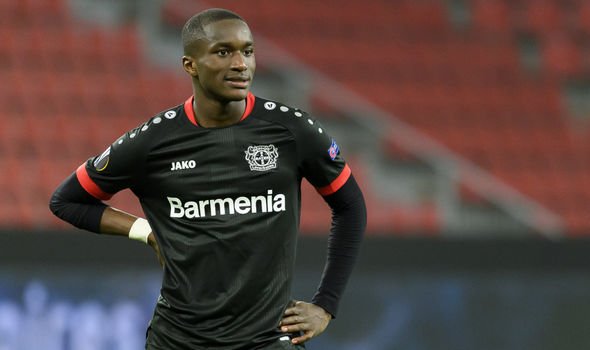 Bailey’s Leverkusen team-mate, Diaby has made waves at the BayArena and this season has nine goals and 12 assists in 35 appearances.

The France under-21 international has spent his minutes across both flanks but can capably play on the right, having scored six times from that side.

Transfermarkt say Diaby is worth £34.2m which makes him the joint-most expensive option on this list, although as with Bailey, he may be attainable if Leverkusen don’t have play European football.

He’s also one of the youngest options at just 21, though, and so could potentially offer a decade of service or more even if Spurs have to cough up more money to sign him. 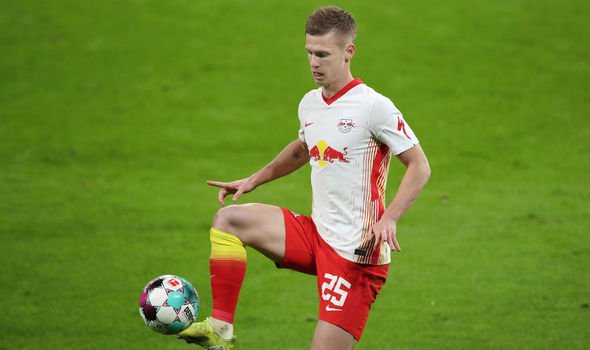 Another player valued at exactly £34.2m, Olmo has starred for RB Leipzig in recent years and has racked up eight caps for Spain.

The 22-year-old is predominantly an attacking midfielder so would probably serve as more of a long-term replacement for Christian Eriksen than Bale.

But the Spaniard can also play on the right wing and the left wing so is a versatile option to bolster Spurs’ forward line.

Whether Olmo would want to leave a team challenging for the Bundesliga and in the Champions League is another matter, but Leipzig have shown they’re open to selling players at the right price. 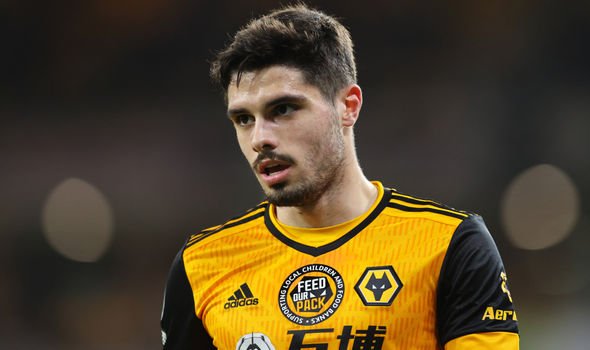 Neto is another Premier League option and the Portugal international, who scored on his debut, has been by far Wolves’ stand-out performer this term.

The attacker, who can play in multiple positions, only turned 21 earlier this month and is also valued at around £31.5m, the same as Bailey.

Neto has five goals and four assists in 29 Premier League games, his second at Molineux having signed from Braga in the summer of 2019.

The Portuguese is claimed to be being tracked by several rival clubs including Liverpool and Manchester United though and there may be plenty of competition for his signature.