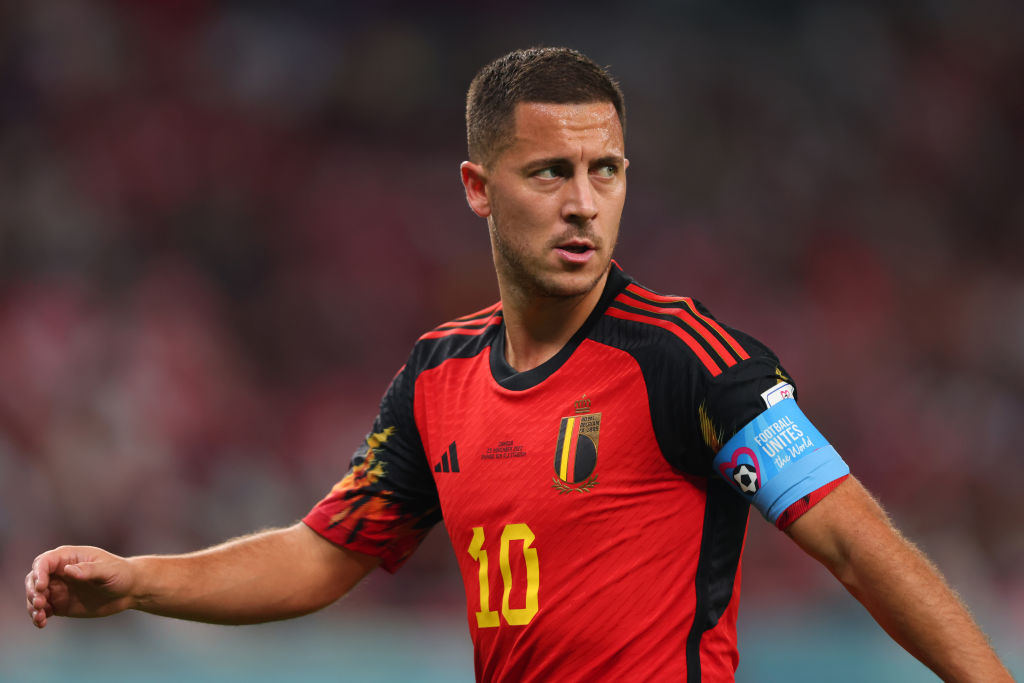 Former Chelsea star Eden Hazard has slammed Germany for their OneLove armband protest at the World Cup in Qatar.

FIFA has decided to ban some European nations from wearing the rainbow armband at the tournament – a symbol of inclusivity and anti-discrimination – with homosexuality illegal in Qatar, sparking debate among players, fans and pundits.

Germany players responded to FIFA’s ban with a powerful statement prior to kick-off in their opener against Japan on Wednesday, covering their mouths to signal that they have been silenced by world football’s governing body.

Several Germany players also blasted FIFA after the match, with Manuel Neuer saying ‘they will never silence us’ and Joshua Kimmich hinting at further protests.

England were due to wear the OneLove armband in their opener against Iran before a U-turn which was was due to the threat of ‘massive sanctions’ and ‘extreme blackmail’, according to the German Football Association.

Denmark were also due to wear the OneLove armband along with Wales, Belgium, the Netherlands and Switzerland and the Danes are even open to leaving FIFA after the controversy.

But not everyone has been supportive of the anti-discrimination fight with Switzerland midfielder Granit Xhaka insisting his side will not follow Germany’s protest and says he is not in Qatar to ‘hand out lessons to anyone’.

Belgium and Real Madrid star Hazard is now the latest player to aim a dig at Germany over their protest.

‘Afterwards they lost the match,’ Hazard told RMC Sport when asked about the German gesture.

‘They would have done better not to do it and to win.

‘We are here to play football, I am not here to send a political message, people are better placed for that. We want to be focused on football.

‘I’m not comfortable talking about it because I’m here to play football. We were banned for a bit…

‘I didn’t want to start the match with a yellow card, it would have been annoying for the rest of the tournament.’