The Auld Enemy could not be separated at the home of football, with Harry Kane firing another blank and replaced by Marcus Rashford midway through the second half.

Gareth Southgate’s side left the pitch to boos at full time and ex-Scotland midfielder Souness stuck the boot in as a pundit on ITV.

He said: “Harry is England’s one player proven to get goals at this level on a regular basis. If that is not happening in this competition, you’re not going very far.

“Go back to the World Cup in Russia, his goals got you where you got to and Harry Kane not performing is a major problem for you. Football ain’t coming home with that, not the way they are playing.”

England struggled to create chances throughout but it was still a surprise to see Kane taken off by Three Lions boss Gareth Southgate in the 74th minute of the Group D encounter.

Souness added: “Harry doesn’t look himself, he looks jaded, he looks tired and this is a guy looking to get a big move this summer.

“He needs to waken himself up. He came off in the first game, is he carrying something? He looks a shadow of himself.” 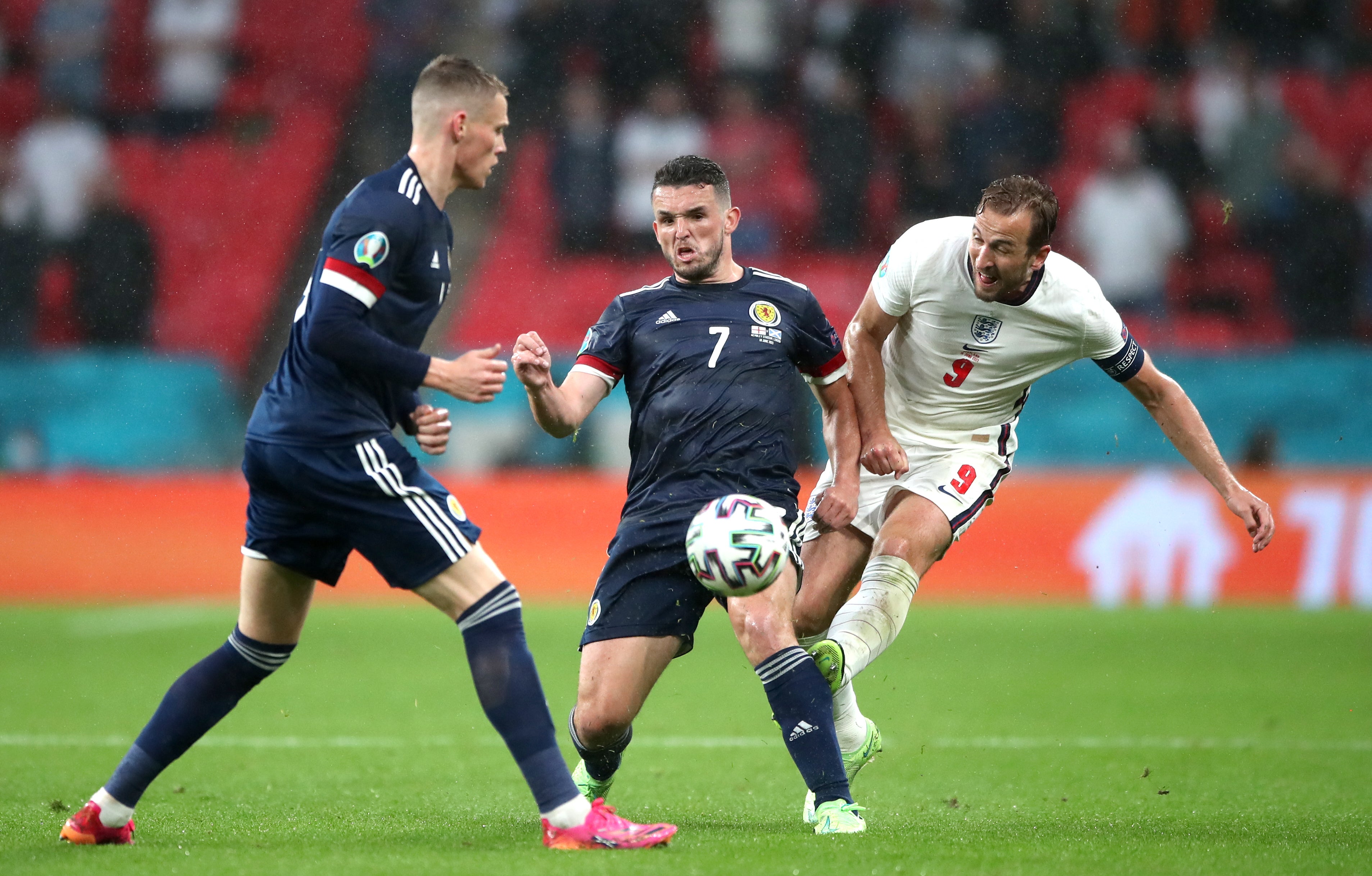 Fellow pundit Roy Keane echoed Souness and questioned if the speculation regarding the England captain, who is keen to leave Tottenham this summer in pursuit of trophies, has affected his performances.

“Before the competition, there was all talk he might be leaving Spurs and maybe he has been distracted by that because that can be an energy-sapper if you think you’re moving club or you’re in talks with other clubs – that is not helpful,” the former Republic of Ireland captain said.

“If England really want to compete in this competition, you need your star men to perform.

“We have seen Romelu Lukaku, Kevin De Bruyne turned up, Cristiano Ronaldo, they need Kane at his best and I am glad Gareth took him off.

“There is this talk about he is undroppable, he’s the main man, if he is not performing you get him off.”

The 57-year-old, who scored nine goals in 33 appearances for England, admitted: “The substitutions confuse me. I don’t know what to think with that.

“What’s he take Foden off for? There is no way Phil Foden should be leaving the pitch today, for me. It’s very disappointing to see.

“You have someone like Jadon Sancho on the bench, 16 goals and 20 assists this season, and he doesn’t even get on when we need to create.

“We can talk about Harry Kane and the chances he could have had or the touches he hasn’t had, but did we really create enough? We’re meant to be favourites to win this tournament and I was embarrassed for us today.”