Over the years Premier League stars have infuriated their managers by becoming embroiled in controversies away from football.

But apparently, it was one player’s wife who landed the athlete into trouble with his club last week.

England and Everton goalkeeper Jordan Pickford was allegedly “read the riot act”, according to The Sun, because of his wife’s use of social media.

This came after Megan Davison reportedly shared a snap of an apparent anti-vax placard with the words: “Even if you’re not conspiracy minded, something in your soul has to say… something isn’t right.”

She is also said to have posted another message with the words: “Just one more booster to freedom.”

The "reckless" reposts have allegedly been removed – although Megan is still getting plenty of support on her Instagram page where she has 96,000 followers.

One commenter wrote on her most recent picture: “Brilliant lady. Keep your integrity. You stand against medical tyranny. Be proud.”

Another added: “Thank you for standing up against this madness.”

Pickford has since reportedly had a dressing down from Everton bosses over the conspiracy posts.

With this in mind, we take a look at other times the spotlight has fallen on footballer’s WAGs.

The wife of Manchester City’s Riyad Mahrez has been involved in multiple controversies – including once breaching lockdown rules by hosting a party.

But the brunette beauty got tongues wagging when she launched an OnlyFans page after reportedly splitting from her husband.

Rita Johal shared raunchy lingerie snaps to Instagram along with an OnlyFans link and the caption: “Come to Rita's world where you will see more up close and personal with Rita."

She then charged fans £8 per month for exclusive images.

The influencer has two kids with Mahrez and last year she claimed his move from Leicester to Manchester in 2018 ruined their marriage.

And Rita also claimed Harry Kane’s wife Kate had a “lucky escape” after the England captain’s move to the Etihad collapsed in the summer.

We all remember the tense moment Wayne Bridge refused to shake the hand of his former Chelsea teammate John Terry ahead of a match. 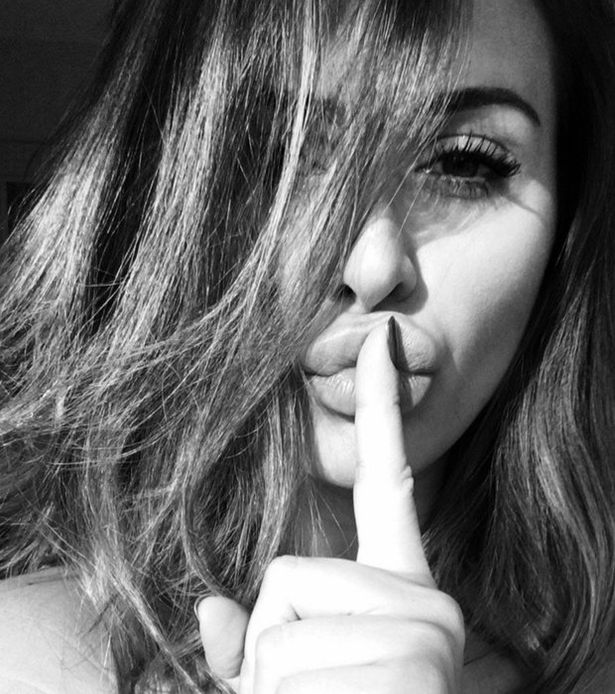 Terry, who was and remains married to wife Toni, allegedly began dating Vanessa weeks after she split from Bridge in late 2009.

Vanessa and Bridge are parents to a son called Jaydon and the mum has always denied the alleged affair with Terry.

She met Bridge in 2005 before they broke up four years later. After the split it was soon rumoured that Terry seduced her behind the back of his wife, Toni.

Bridge then refused to shake Terry’s hand when his Manchester City team played Chelsea in February 2010.

He then pulled out of England’s World Cup squad – allegedly to avoid playing alongside Terry.

It remains one of the biggest sex scandals in Premier League history – despite the ex-WAG insisting nothing actually happened.

These were the words that sent social media into a frenzy in October 2019.

In short, Wayne Rooney’s wife, Coleen, was accusing Jamie Vardy’s wife, Rebekah, of leaking stories about her life to the press. She then sued for defamation in July 2020 and claimed her mental and physical health had been affected.

Rebekah – who used to be pals with Coleen – was seven months pregnant when the scandal erupted.

The row was dubbed “Wagatha Christie” and a full court battle is expected to take place this year.

Stunning Olivia Naylor reposted a clip of basketball star Jonathan Isaacs explaining why he would not take the vaccine.

Isaacs said: "I understand the vaccine would help if you catch Covid and you'll be able to have fewer symptoms from contracting it.

"But with me having Covid in the past and having antibodies, with my current age group and my fitness level, it's not necessarily a fear of mine taking the vaccine.

"It does open me up to the albeit rare chance but the possibility of having an adverse reaction to the vaccine itself.

Olivia shared the clip with the caption: “Perfectly spoken.”

War of the WAGs

Coleen and Rebekah are not the only WAGs who have feuded over the years.

But perhaps the most petty was Danielle Lloyd vs Nicola McClean.

The weird saga started when Nicola, wife to James McClean, claimed on Celebrity Big Brother that she attended Danielle’s wedding to Jamie O’Hara in 2012.

But a bemused Danielle tweeted: “Nicola McLean was not at my wedding just to confirm!"

"And if Nicola turned up in the night she was definitely a wedding crasher.”

But Nicola stuck by her claim after leaving the show.

She sarcastically told the Daily Mail: “Yeah, I'd really lie about where I was on the evening of Danielle Lloyd and Jamie O'Hara's wedding.

"I'd need to lie about that, my life is that dull that I'd genuinely lie about being at a wedding.

"You're Danielle Lloyd not f**king Beyonce!"

The fight took another unexpected turn when Danielle named her new dog Rocky – the same name as Nicola's son.

But Danielle later confirmed the dog was named after the film character.