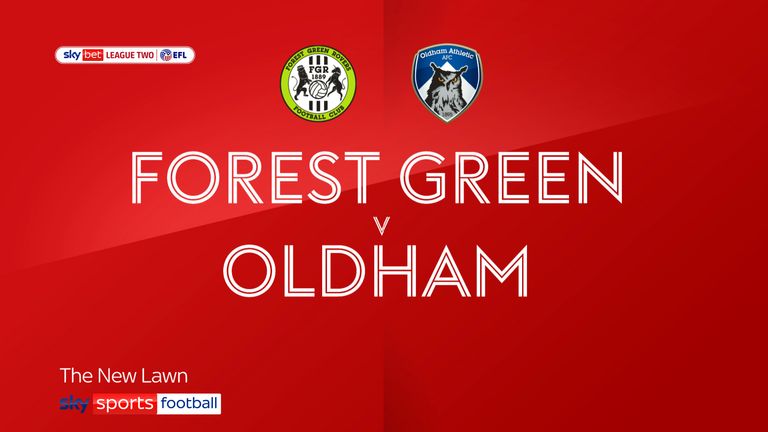 In a high-octane start, Forest Green defender Baily Cargill opened his account on 12 minutes – arrowing a fizzing strike beyond Ian Lawlor for his first goal for Mark Cooper’s side since arriving from MK Dons in January.

Cargill grabbed his second on 35 minutes, planting a header home after Oldham’s Carl Piergianni failed to head out of the box from a deep Aaron Collins free-kick.

The game turned on its head after the break. Rovers’ Lewis Thomas did well to block Marcel Hilssner’s strike inside the box, but Conor McAleny was on hand to smash in the equaliser on 54 minutes.

Rovers substitute Jamille Matt grabbed his 10th goal of the season as he nodded in from an Odin Bailey cross on the hour to restore their lead.

McAleny levelled things up for Oldham again three minutes later, but Josh Davison’s header swung the game back in Rovers’ favour on 67 minutes from an Isaac Hutchinson cross.

Oldham skipper Carl Piergianni hit the post in the 94th minute as Rovers held out to close the gap on league leaders Cambridge to a point.