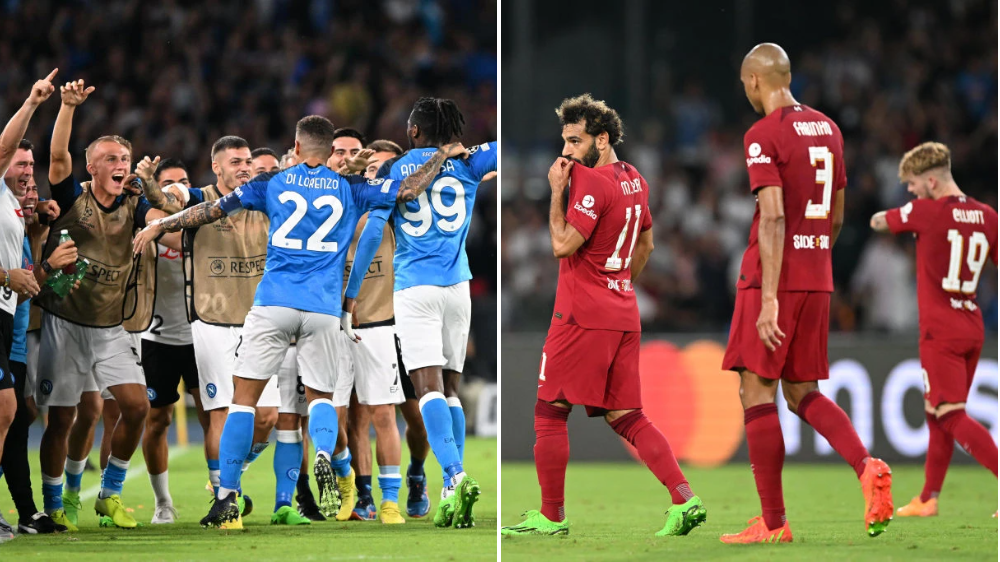 Robbie Fowler and Rio Ferdinand ripped into Liverpool as they suffered an ’embarrassing’ Champions League defeat to Napoli and accused Trent Alexander-Arnold of ‘lacking desire’.

Serie A side Napoli led 3-0 at half-time and while the Premier League giants improved after the break, the damage was already done.

It could have been even worse for Liverpool as Napoli had a penalty saved in the first half by Alisson and also hit the post, but this was still Liverpool’s joint biggest Champions League defeat.

Former Anfield striker Fowler said on BT Sport: ‘What I would say is you can’t question the desire of this team over the last few years, but you can tonight.

‘We know how good Napoli are and they’ve been brilliant, but Liverpool have been so poor.

‘Joe Gomez will get all the stick [for his first-half performance] but look at the lack of desire from Trent.

‘You can’t call out him going forward but defensively we can pick him apart because he doesn’t show the same desire to get back than he does to get forward and that’s wrong.

‘What you can’t accept as a manager or as a player is a lack of effort and desire. When people don’t run or don’t have the desire to get back.

‘Gomez makes the mistake but you’ve got to get back and help your team-mates and Trent didn’t do that.

‘Liverpool got teased, they got embarrassed, they got shown up. This result has been coming too. They were lacklustre and lacked grit, determination and desire.’

Jurgen Klopp’s side will need to improve fast if they have aspirations of reaching the Champions League knockout stages, with Ajax and Rangers also in Group A.

‘They were the better team by miles. We have to get back to basics. It felt like they had an extra man and that’s not like us.’