Ricardo Pereira is awaiting the results of a scan on a thigh injury sustained in his first game in nine months for Leicester.

The Portugal star was due to play 75 minutes against Zorya Luhansk on Thursday after recovering from the cruciate knee ligament injury he suffered in March, but was taken off at half-time and has been sent for a scan.

It is another setback for Pereira, who was one of the players of the season before he damaged his knee against Aston Villa on March 9, the final Premier League game before lockdown. 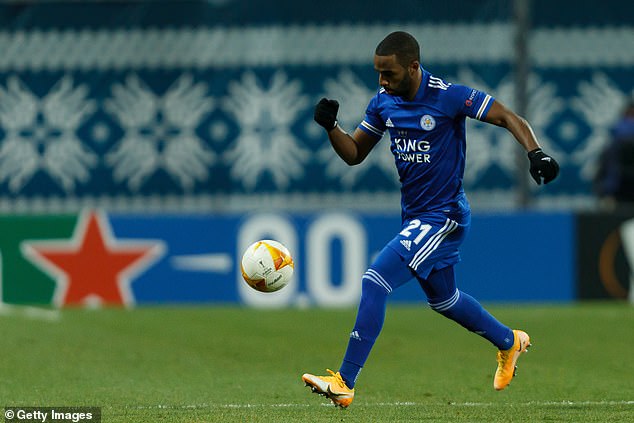 Boss Brendan Rodgers hopes the problem is not serious but Pereira may now miss Thursday’s final Europa League game against AEK Athens, which Leicester must win to be certain of top spot.

Defender Caglar Soyuncu has also had a scan after suffering a repeat of his adductor injury in the first 15 minutes in Ukraine – his first appearance for two months.

The Foxes face Sheffield United at Bramall Lane on Sunday looking to end a run of four matches without a victory in all competitions.