France’s under-18 international against Poland had to be abandoned after the ill-disciplined French side was reduced to just seven men.

The referee took the players off the pitch 13 minutes from time after Darnell Bile, 16, headbutted an opponent after scything him down with a brutal tackle to become the fourth French player to see red.

That sparked a massive bust-up between the two teams and the respective benches as well but was far from the first incident in a tempestuous game at the Limoges Tournament. 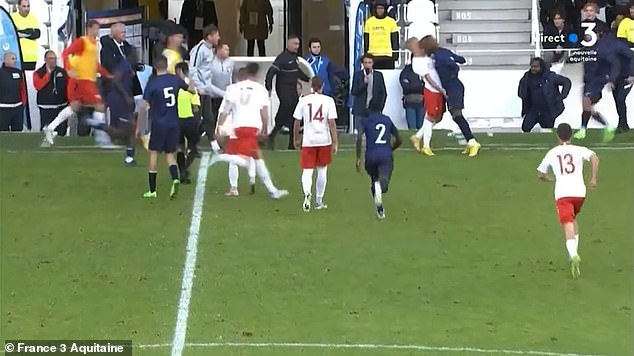 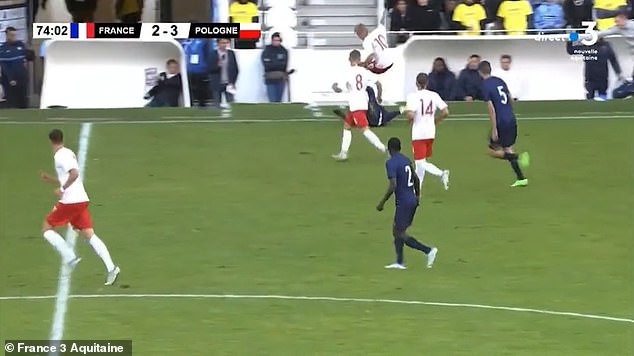 Poland were leading 3-2 at the time of the final red card and they were awarded the win because the rules state a team cannot continue with fewer than eight players.

Bernard Diomede, the former Liverpool winger and 1998 World Cup winner, was unable to calm his players as the sendings off occurred in the 55th, 61st, 72nd and 75th minutes.

Diomede said on France 3 afterwards: ‘For some, there may not be a return to the France team because they have to understand things. I will punish players who have behaved badly.’ 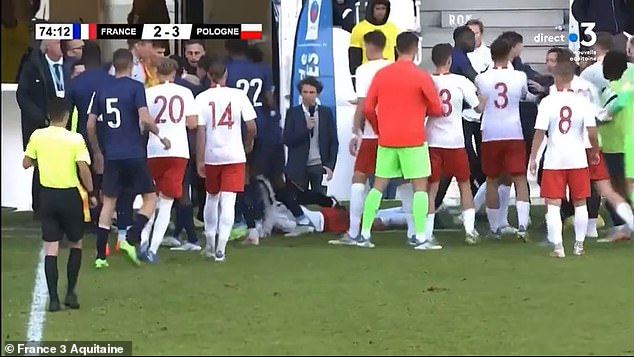 The final sending off, with Poland leading 3-2, led the referee to lead the sides off the pitch 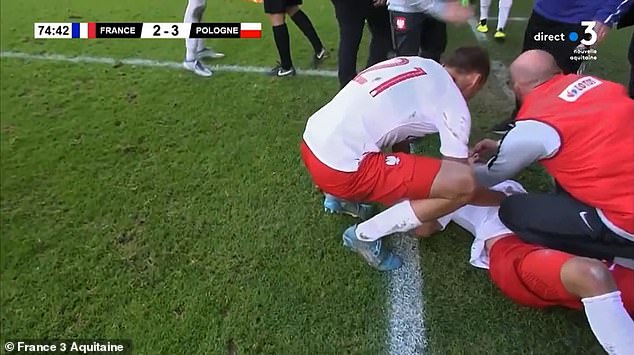 France needed a win to claim the Lafarge Foot Avenir Tournament and they had a 2-1 lead at one point before conceding an equaliser on 27 minutes.

After that, they lost all control and were down to nine men when Poland went 3-2 ahead with 20 minutes to play.