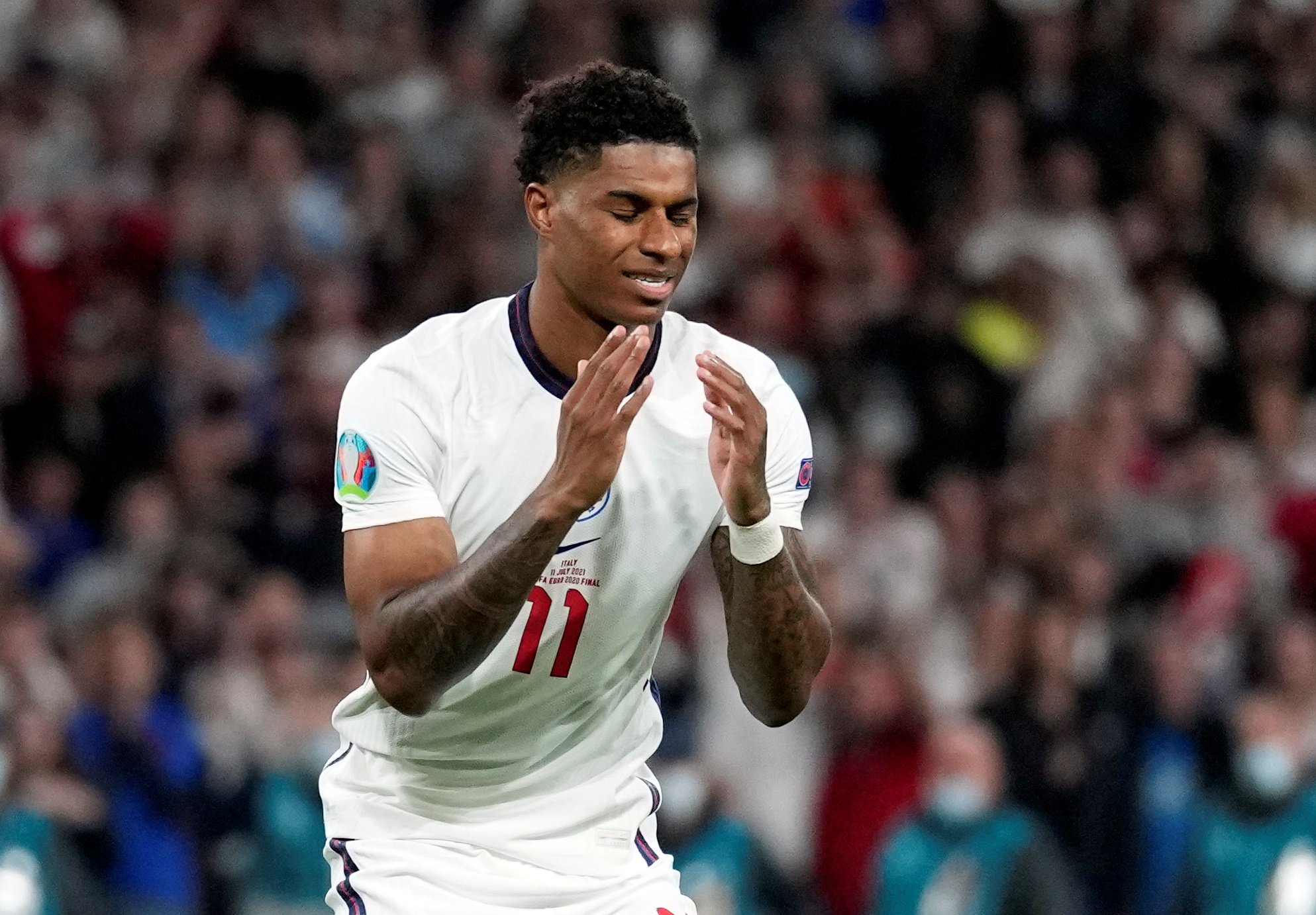 Frank Lampard believes Marcus Rashford made it more difficult for himself with his penalty technique during England’s defeat to Italy in the Euro 2020 final.

The Three Lions got off to a flying start at Wembley with Luke Shaw’s early opener but Italy were able to force extra time and penalties with Leonardo Bonucci’s equaliser in the second half.

Rashford was the first England player to miss his penalty as he sent Gianluigi Donnarumma the wrong way but the Manchester United forward’s effort struck the post.

And former Chelsea and England midfielder Lampard believes Rashford’s stuttering penalty technique is difficult to pull off in a high-pressure situation.

‘I’ve never taken a penalty with that style. I always consider there’s a penalty [style] for me and many takers take them very well,’ Lampard told the BBC.

‘But in the training ground behind closed doors, that shuffle and wait [which Rashford used] is much easier.

‘With the pressure of what this game brings, it’s harder.’

‘Lampard also dismissed suggestions that Raheem Sterling should have taken a penalty.

‘I’m not sure Raheem is absolutely a penalty taker at heart,’ said Lampard. ‘And I think you have to give credit as much to say, ‘I’m not feeling it’, for whatever reason.

‘You can’t over-analyse this now, it’s a horrible moment.’

Speaking about Rashford’s penalty, former England striker Alan Shearer said: ‘You can see his [Rashford’s] eyes are not on the ball at all, he’s watching the goalkeeper. He sees that [Donnarumma goes the other way] and he just scuffs it too much, he pulls it too much unfortunately.

‘You can never, ever criticise anyone for being brave enough to step forward in that desperate, horrible situation, because that’s what it is.

‘For the youngsters to say, ‘yes I’ll go on and take a penalty’, you’ve got to give them credit for that.

‘But it’s going to be a difficult time for them because mentally it will be tough from now on. But they’ve got time on their side and they’ll get over it.’

‘You can miss in any style,’ Ferdinand said.

‘Saka didn’t shuffle, he went up to it quick. It’s difficult. Jorginho did the same thing, that shuffle, but he’s just fortunate enough that his keeper stepped up and made a big save at the end.

‘You have to be brave. I’ve seen seasoned players with hundreds of games under their belt turn away from a penalty.’