Jose Mourinho feels Frank Lampard is being given all the money and none of the pressure – not like during his own spells as manager at Chelsea. But the Blues boss has swatted away Tottenham rival Mourinho’s barb as the tension builds for Sunday’s hotly-anticipated encounter.

The Stamford Bridge cheque-book was plundered more than anybody’s after an outlay of around £250million in the summer.

Mourinho’s other former club Manchester United were also among the top spenders after an outlay of £87m – eclipsing Spurs’ outlay of barely two-thirds that amount.

Which is why it amazes Mourinho that he has to deal with being talked up as a title challenger while rivals such as his former protege Lampard at Chelsea and Manchester United’s Ole Gunnar Solskjaer get off scot free.

Mourinho takes his Tottenham team to Chelsea, where he was twice Lampard’s manager, this weekend in a match that is being dubbed a clash of title contenders. 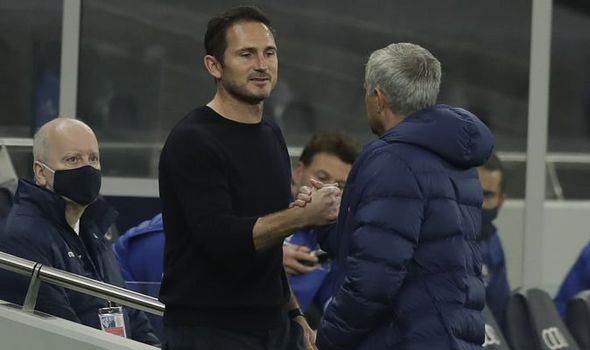 “Put a little bit of pressure on them and leave us in peace, doing our job.”

When he first arrived in England, Mourinho was the one splashing the cash – and duly landed the Premier League title on the back of it at the first, and second, time of asking.

“I was at clubs which were, let’s say, champions in the market because of the powerful investment in the market,” he said. “I had to deal with that pressure. 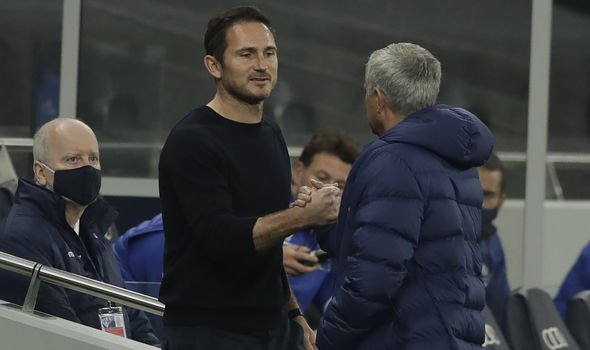 This season’s early success going into Sunday’s top-of-the-table clash at Chelsea has been built on more astute bargain buys such as the £15m Pierre-Emile Hojbjerg from Southampton.

“Yeah, it’s a different way of going into the market,” he said. “I’ve been at Chelsea before and I know the difference but I enjoyed very very much to do this first market with Tottenham, with Mr Levy, with Steve Hitchen.

“I enjoyed very much to do that kind of wise market where, with less money, you try to give a good balance to the team, not to make mistakes, choose the right guys.

“And I am really happy with what we got because every one of them is answering well and giving his best.”

But Lampard hit back at Mourinho, insisting that there’s plenty of pressure on himself this season as Chelsea look to make further forward steps after finishing fourth last term.

He responded: “The pressures at Tottenham will be big, because Jose built a fantastic squad and has incredible players.

“We are both in the same position. We want success and people have expectations of us and we work towards that. But it’s very comparable if you look at their spending since I have been at Chelsea.

“We all have pressures as managers. Jose was here as a manager so he understands it. He went to Manchester United and would have understood the pressures there when you spend a lot of money. The pressures are huge. 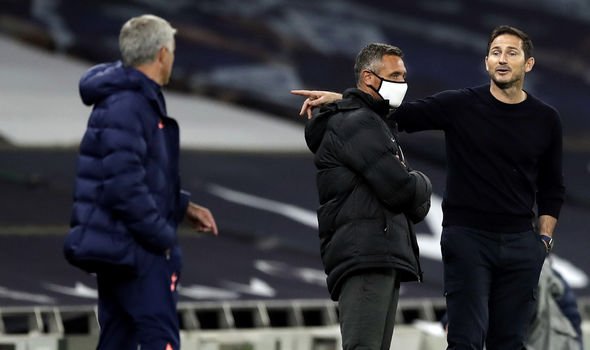 “It is very normal that a manager would try to take pressure off, and make comments about how much pressure is on or not. We would both be jumping the gun to proclaim ourselves as anything at this stage of the season.

Lampard had a touchline bust up with Mourinho in the Carabao Cup penalty shoot out defeat Tottenham in September, but he said: “It’s not important to stand my ground, it’s important to prepare my team to win games.

“Naturally now when we are at the cut throat end of things, it does change the relationship, but not in a bad way. We are very competitive people. I always show how much respect I have for him, and I have always got that back.”

Tags: autoplay_video, Chelsea, Sports
You may also like
Latest Posts