A parliamentary inquiry into the match in the Paris suburbs showed authorities did everything “to blame Liverpool supporters.” 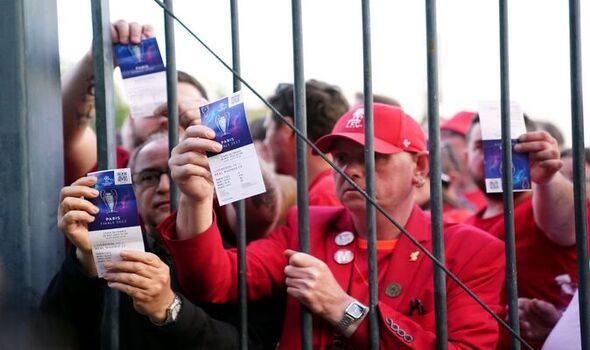 That included unfair assumptions that Reds fans were drunken troublemakers, looking for a fight, the Senate report notes.

It also criticised the police’s heavy-handed approach to crowd control including the use of tear gas on pensioners and children.

The May 28 match at the Stade de France, which Liverpool lost to Real Madrid, saw fans beaten with truncheons after they were accused of trying to break into the ground.

In fact, many of them were attacked by local thugs and police riot control officers.

Afterwards, Interior Minister Gerald Darmanin claimed that “30 to 40,000 fake tickets” were in circulation.

Mr Darmanin later apologised for the bad management of the event but stopped short of extending the apology to Liverpool fans.

Mr Lafon said: “It’s unfair to have blamed Liverpool supporters for the disturbances, as the Interior Minister has done to deflect attention from France’s inability to adequately manage the crowd.”

Mr Buffet said: “Liverpool fans have been presented as the people who were mainly at fault for all these problems. That isn’t right.”

The report pointed to “a chain of administrative errors” from authorities. Mr Lafon said: “There was no real coordination between the different organisations and nobody had any foresight.”

Mr Buffet said: “Most of the delinquency took place around the stadium after the match. This should have been foreseen.”

He added: “The police were negligent on petty crime around the stadium and the failed pre-filter check meant criminals were able to enter the stadium.”

Ronan Evain, executive director of the Football Supporters Europe association, told French investigators: “Liverpool supporters were treated exactly as we are treated all year round – as a threat.”

Joe Blott, chairman of the Liverpool Supporters Union, said: “The police stayed in the 1980s – thinking that we were hooligans.”

France will host the Rugby World Cup next year and the Olympics in 2024. Its Government has insisted the country will be well prepared.