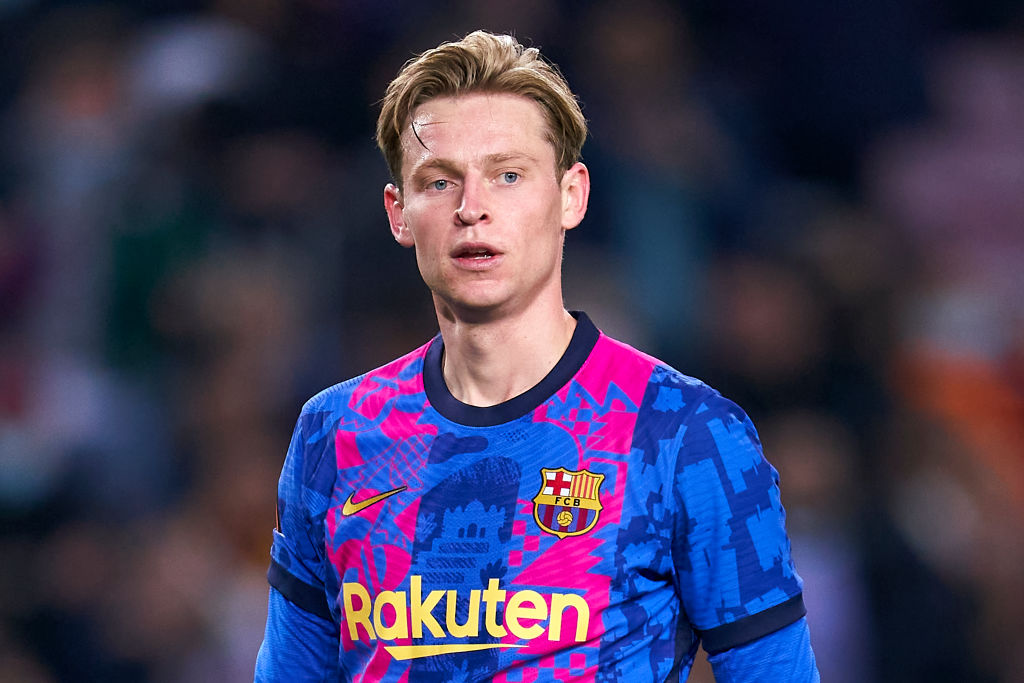 Frenkie de Jong is ready to join Manchester United this summer after giving the move the green light.

The Barcelona midfielder is Erik ten Hag’s top transfer target but the 25-year-old’s immediate preference was to remain at the Camp Nou.

Barcelona are prepared to sell the Netherlands international however with the club under extreme financial pressure to cash in on one of their prized assets.

Ten Hag has set about convincing his former Ajax star to come to Manchester where he plans to give him a key role in his Old Trafford rebuild.

And despite being unable to offer Champions League football next season, United appear to have won that battle with SPORT now reporting de Jong has said ‘OK’ to the move.

De Jong has privately admitted he is ready to join United after initial doubts. According to the report, his representatives had hoped for offers from Bayern Munich, Paris Saint-Germain or Manchester City but those clubs have been deterred by Barcelona’s valuation.

United are now looking to agree a fee with Barcelona. Reports elsewhere in Spain suggest United have offered €60million plus €20million in add-ons with the Catalan giants seeking €80million up front.

Barcelona are under pressure to sell in order to alleviate financial pressures and in addition to collecting a huge transfer fee, offloading de Jong will wipe his annual €40million salary bill off the balance sheet.

Following the departures of Nemanja Matic and Paul Pogba, ten Hag is keen to sign two midfielders this summer.

In addition to de Jong, United are also interested in Chelsea star N’Golo Kante, with Chelsea prepared to listen to offers for the Frenchman.

United are also considering a move for PSV Eindhoven star Ibrahima Sangare, who is believed to have a release clause of around £30million.