Fulham 1-0 Swansea: Aleksandar Mitrovic makes up for a missed penalty with late winner to keep Cottagers in automatic promotion hunt

Swansea will be sick of the sight of Fulham striker Aleksandar Mitrovic as he scored the stoppage-time winner against them.

The Championship top scorer continued his impressive form with a towering header to seal a 1-0 victory for the Premier League promotion chasers after seeing his penalty saved moments earlier.

Mitrovic scored both goals in the 2-1 win in the reverse fixture in November and proved to be the difference here. 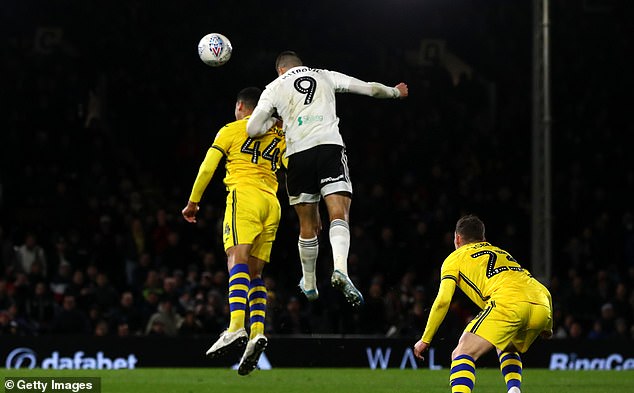 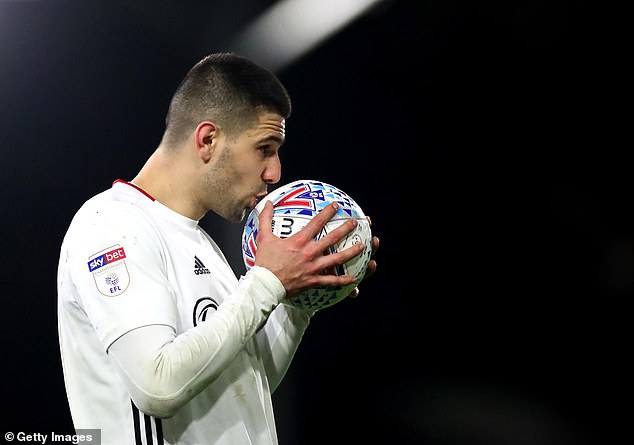 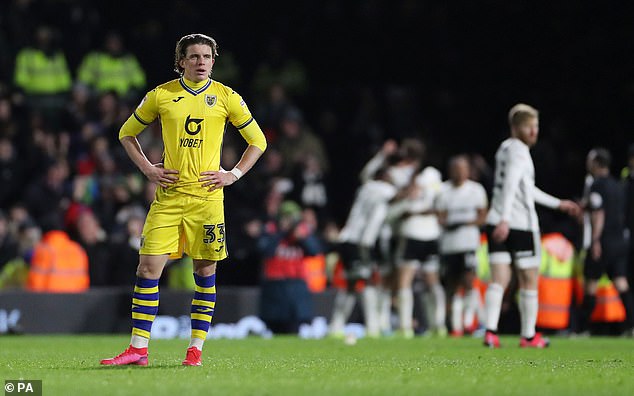 Scott Parker’s side last won on February 8 and this will be a big a confidence boost ahead of a season-defining run of fixtures.

Fulham have fellow promotion chasers Preston, Bristol City, Brentford and Leeds all to play in a matter of weeks. Picking up some momentum here was key.

It looked as though Fulham were going heading for another draw as they came up against a well-drilled Swansea outfit.

Parker’s side dominated possession and created the most chances and ultimately found the breakthrough in added time. 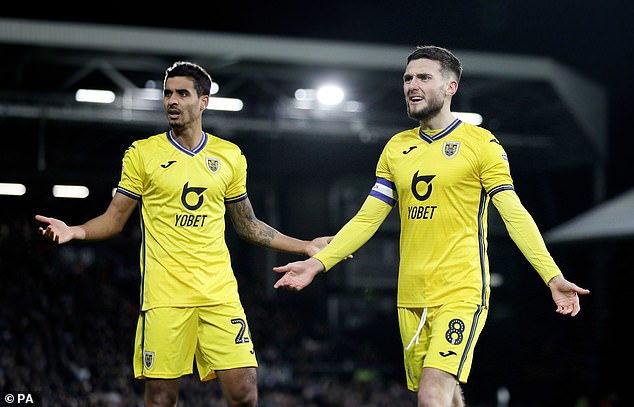 Just moments before he was denied by Woodman from the penalty spot after Connor Roberts had fouled Neeskens Kebano. But Mitrovic was not to be denied.

If Swansea went away with all three points it would have been unjust and Parker will see it as deserved victory. 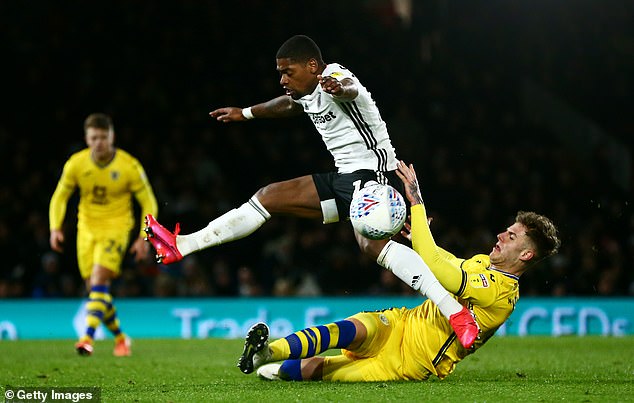 Fulham could have taken the lead inside the opening 10 minutes. Anthony Knockaert called Swansea goalkeeper Freddie Woodman into action into the first 60 seconds with a low driven shot.

Mitrovic tried his luck but Swansea had two clear-cut chances through Andre Ayew and Jake Bidewell in the first half. 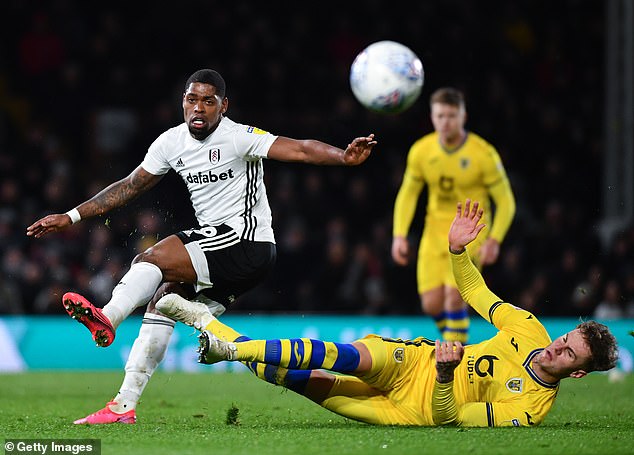 Ayew found himself through on goal but after shrugging off the challenge from Fulham defender Tim Ream was thwarted by a combination of Fulham goalkeeper Marek Rodak and full back Denis Odoi as he tried take the ball round Ream.

With Fulham growing increasingly frustrated, Cooper’s side almost broke the deadlock from their first corner of the match. Jack Bidewell’s header went past the post from close range with Rodak rooted to the spot.

After three games without a win Parker won’t care how late the win came as their automatic promotion hopes remain alive.

Tags: 1-0, Aleksandar, Fulham, Swansea:
You may also like
Latest Posts