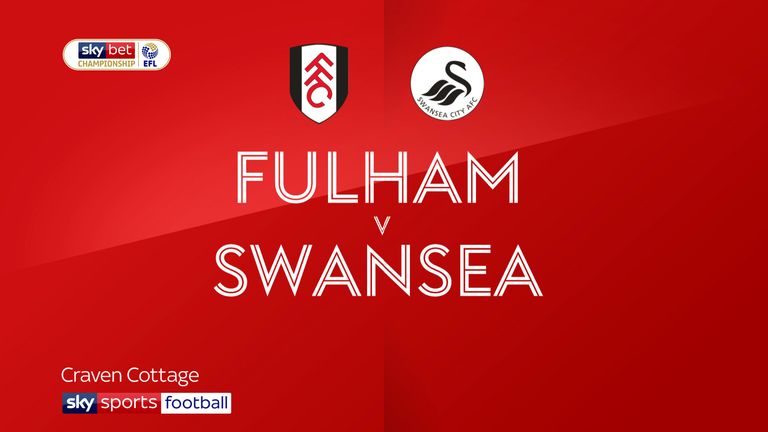 Aleksandar Mitrovic made up for missing an 87th-minute penalty with the added time header that secured Fulham’s 1-0 win against Swansea at Craven Cottage.

Mitrovic connected with Aboubakar Kamara’s right-wing cross to deliver his side’s first win in four games and boost their hopes of breaking into the Sky Bet Championship top two.

But moments earlier it appeared as though the Serb would be the villain when he was denied by Swansea ‘keeper Freddie Woodman after Neeskens Kebano had gone down under a challenge from Swansea’s Connor Roberts.

Fulham manager Scott Parker had made no attempt to disguise the importance of this game and Saturday’s visit of Preston. 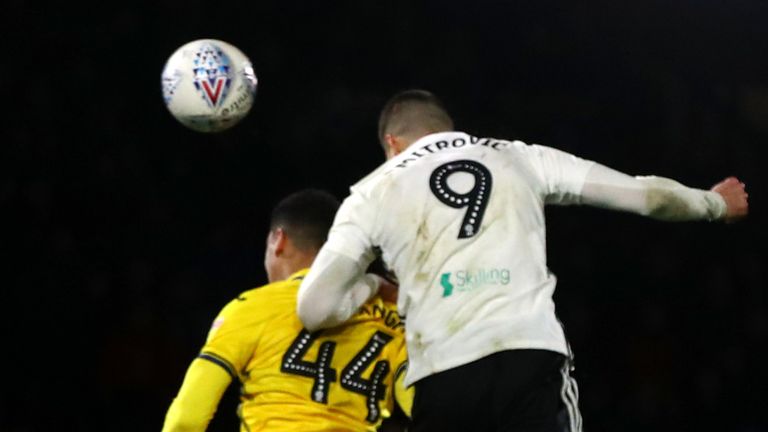 Parker was desperate for his side to move on from their woeful display last time out at Craven Cottage when they slumped to a shock 3-0 defeat against struggling Barnsley.

And he acknowledged these two games marked an opportunity to put pressure on their promotion rivals.

Parker made just one change to the side that drew 1-1 at Derby with Ivan Cavaleiro coming in for Stefan Johansen.

And the Cottagers made the kind of positive start their manager was looking for with Anthony Knockaert and Cavaleiro drawing saves from Woodman.

The home side’s early momentum disappeared, though, and they were fortunate to escape when Andre Ayew out-muscled a defender inside the Fulham penalty area in the 20th minute.

The Swans striker moved past ‘keeper Marek Rodak but was denied by a superb covering tackle from Denis Odoi.

The near-miss appeared to spark Fulham into life with Cavaleiro seeing a second effort deflected over the bar before Mitrovic came close from the edge of the box after dispossessing Swansea centre-back Joe Rodon.

While Parker’s side dominated possession they were unable to create enough good openings and were largely restricted to efforts from outside the Swansea area.

The visitors were entitled to feel satisfied with their defensive efforts – particularly in the way they handled Championship leading scorer Mitrovic – but were forced to spend long periods in their own half.

A rare attack five minutes into the second half brought an unsuccessful appeal for a penalty after Jay Fulton’s cross appeared to strike Joe Bryan’s arm.

And Ayew again threatened late on when he drew a fine save from Rodak.