Andre-Frank Zambo Anguissa will remain with Napoli next season after impressing on loan this year with the southern Italian club planning to activate his option to buy clause.

Anguissa, a Cameroon international, joined Napoli on loan from Fulham last summer and has proved to be an inspired signing, performing consistently for Luciano Spalletti’s side.

Speaking at a club press conference on Wednesday, Napoli’s colourful owner Aurelio De Laurentiis confirmed Anguissa would be staying but refused to be drawn on other details of summer incomings. 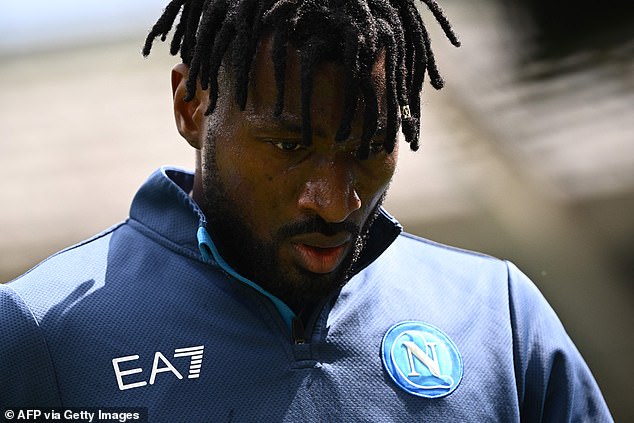 He told reporters: ‘Anguissa will remain for sure, but I can’t tell you everything we have in mind.’

Napoli will pay around £12.5m to keep the player at the Stadio Diego Armando Maradona this summer and De Laurentiis will hope that his signing can maintain the level of his side.

In addition to discussing transfer plans, De Laurentiis announced that the Partenopei will ready themselves for the 2022/23 season with a pre-season training camp at Dimaro, in the Trentino region in the north of Italy. 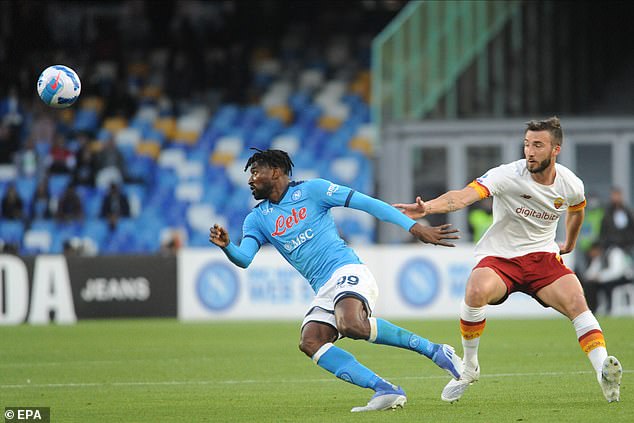 He said that it would be a retreat ‘dedicated to the psycho-physical reconstruction of the whole football movement’.

Napoli had looked to be challenging Inter Milan and AC Milan for the Scudetto until recently when they fell away.

He said of the club’s pre-season plans: ‘There will be some friendly matches, as usual, and we’ll have the chance to welcome more than 1,000 fans in the stands,’ said De Laurentiis. 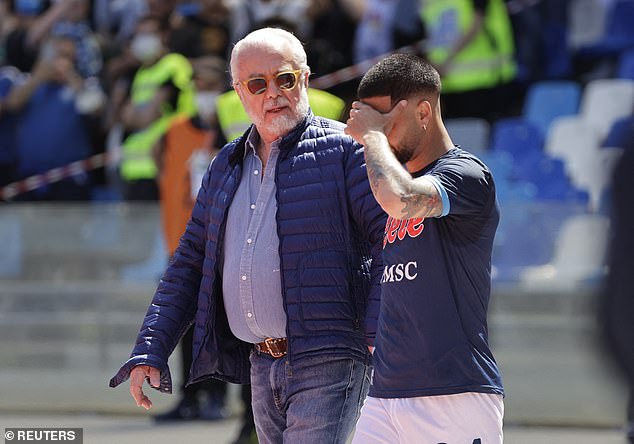 ‘Hopefully, there won’t be limitations, we want to entertain the fans.

‘It will be a retreat dedicated to the psycho-physical reconstruction of the whole football movement since we are coming out of two years not very edifying for everyone.’

De Laurentiis went on to talk about how he hoped Italian football could return to previous levels, citing Real Madrid’s Champions League semi-final win over Manchester City as inspiration that this could be achieved. 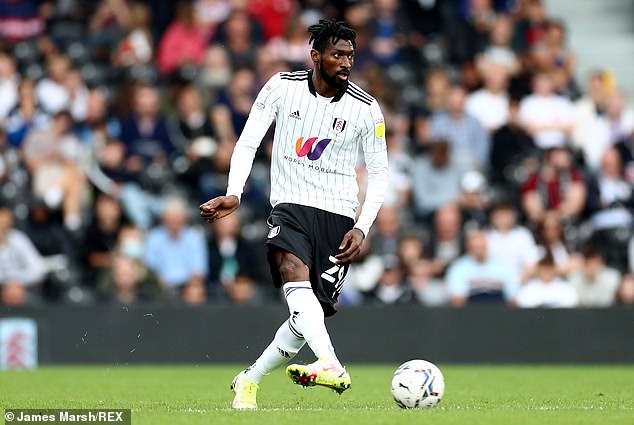 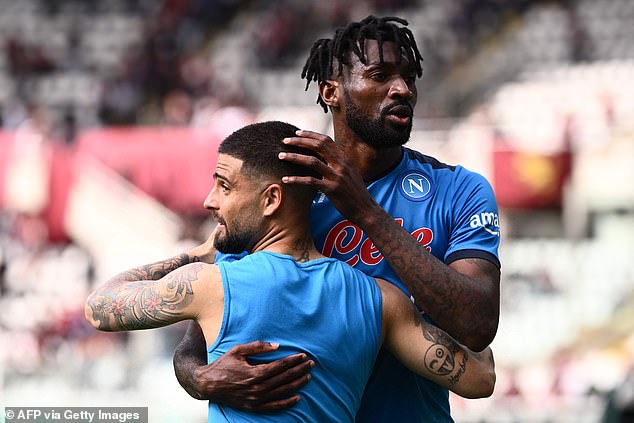 He said: ‘When I watch games like Man City vs. Real Madrid, I have a heart full of joy and I hope Italian football can return to certain levels.

‘Someone said that Serie A’s level has scaled down, but this season has been fought until the end and this is something new.

‘If it were so easy to win one, one would always do it. Someone did it in the past [Juventus], but things have changed for them.’

Meanwhile, Fulham will be looking to avoid the imperfect hat-trick of three straight promotions back to the Championship after being promoted when they return to the top flight in August.

Silva is on the record as saying that Fulham will much better prepared this time around and signs point to the west London club being more intelligent in the market this time around.

He said last month: ‘We got the promotion earlier in the season, which I think will be a good help for us to prepare in the right way, because the next pre-season will be really important for us.

‘The challenge is huge, but we want to be there and we worked so hard to achieve it. We have to be really positive and not go into the season with this concern on our mind, we have to go with full desire and ambition.’