The £100 Premier League ticket: Newly-promoted Fulham shock their fans with sky-high prices to watch them play Liverpool from new £80m Riverside stand – and it’s not much cheaper elsewhere!

Fulham have their fans up in arms even before a ball is kicked in the Premier League this season – with supporters unhappy at their ‘disgraceful’ ticketing price.

One of English’s football yo-yo clubs are back in the top flight following last term’s promotion from the Championship, which they won.

The west London outfit’s fanbase will be relishing seeing their side compete against the best in the country, but not at the prices they will be charged to do so. 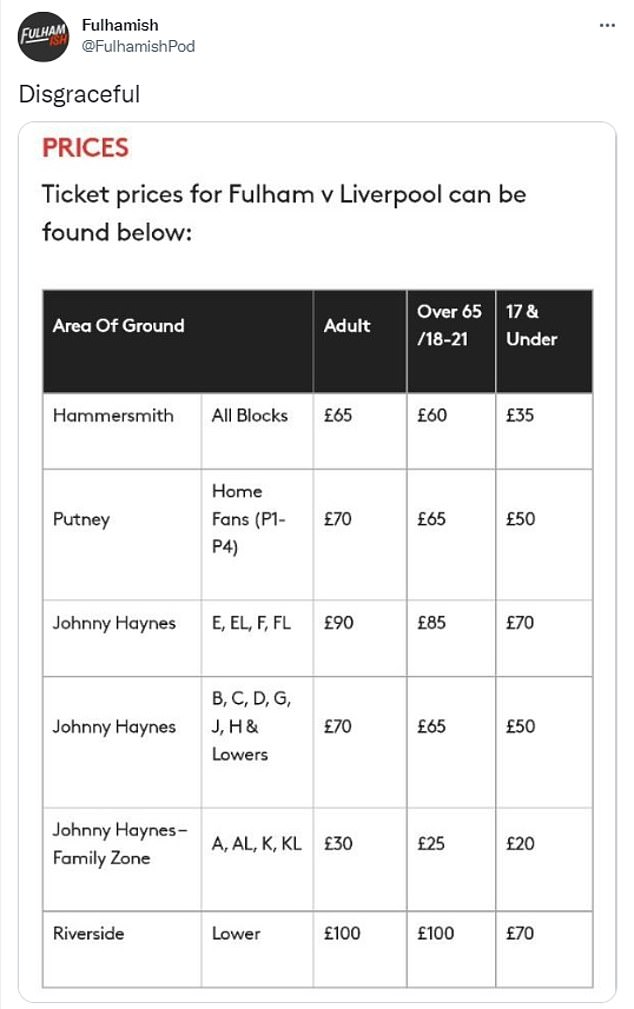 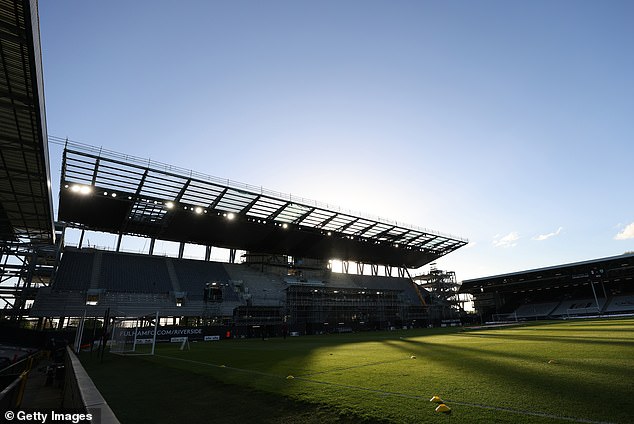 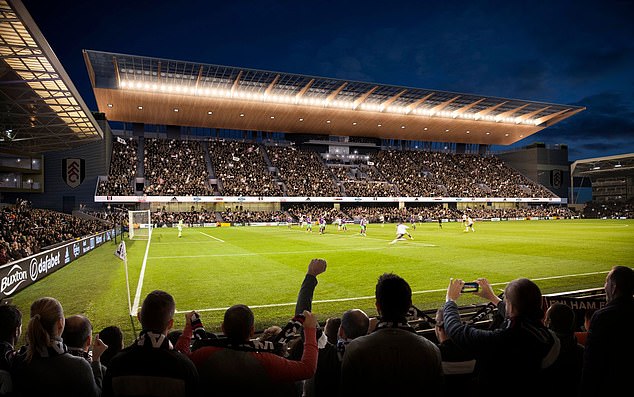 The Cottagers begin their campaign at home to Liverpool on August 6 at 12.30pm – in what is a daunting fixture.

And for the Category A fixture, fans have been left flabbergasted by the highest price for a ticket to the match – costing £100.

That seat is in their brand new Riverside Stand at which cost £80million to construct.

Only the lower tier of it is available while construction works continue with the full stand set to be fully completed by next summer.

Despite being the opportunity to sit in their brand new stand, Fulham fans are upset at the pricing to do so for the Liverpool game at Craven Cottage.

‘Disgraceful’ tweeted the Fulhamish Pod as they took a screenshot of the ticketing prices for that clash next month.

The sentiment of that account was matched by many who were dismayed by the prices.

Another tweeted: £100 in the Riverside for 1 match lol and it’s possible we could get thrashed as well haha.’

Accompanied with a GIF of a male carrying a stacks of money, another sarcastically wrote: ‘What you need when calling the #FFC ticket office.’

One fan didn’t hold back, wishing for his side to drop down the football pyramid as a result of the prices. 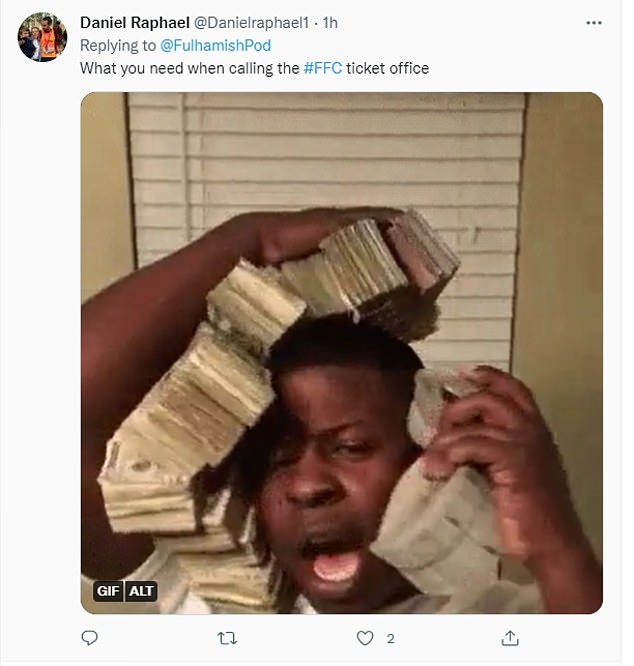 Another simply put ‘Stop the greed’.

The pricing doesn’t compare favourably to fellow new boys Bournemouth who are charging £55 for their most expensive ticket against Aston Villa on the opening day of the season – albeit that won’t be a Category A for the Cherries.

Fulham’s prices are remarkably higher than the majority of all Premier League clubs for a most expensive ticket.

Tottenham and Leicester City are charging £98 for the upcoming campaign, while Arsenal are £95.50.

Bournemouth – £55 (only info for opening game)