Arsenal forward Gabriel Jesus is set for a spell of up to three months on the sidelines, according to reports.

The forward was ruled out of the rest of the World Cup on Saturday after picking up a knee injury while at the tournament with Brazil, and the issue is now believed to be worse than first feared.

According to sporttv via SB Nation, Premier League leaders Arsenal could be without their star forward until at least March, dealing a huge blow to their title hopes. 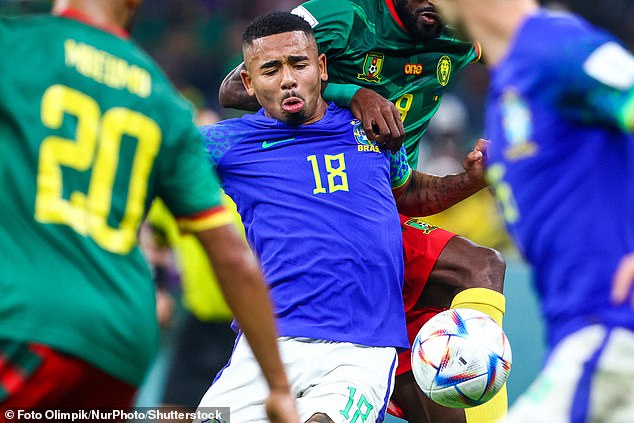 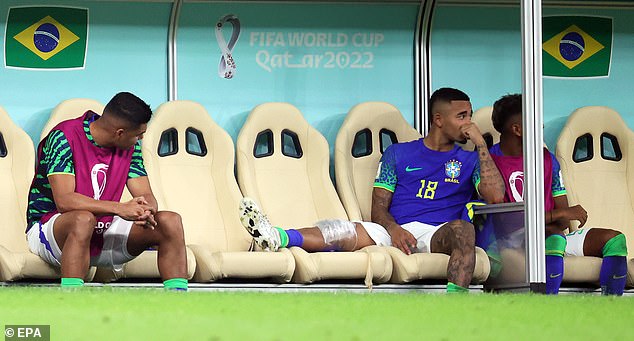 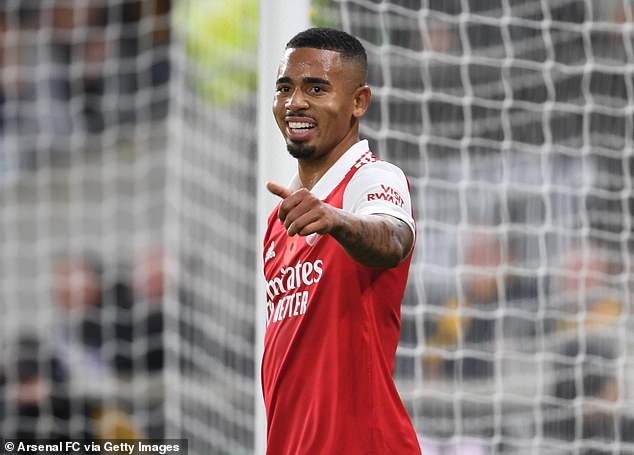 Jesus has been a key player for Arsenal, who has helped to the top of the Premier League table

Jesus played in Brazil’s defeat to Cameroon on Friday, but was substituted in the second half after struggling to make an impact on the game.

It was his first start of the tournament after two substitute appearances in the wins over Serbia and Switzerland.

He has been pivotal to Arsenal’s good form this season and has been praised massively by manager Mikel Arteta on several occasions, but the Spaniard will now have to deal without the 25-year-old for a period of time. 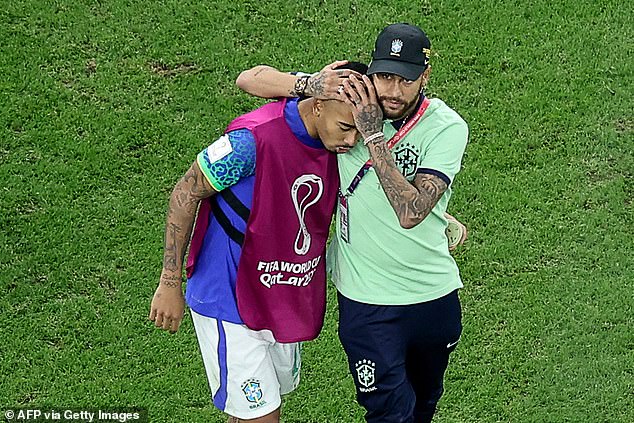 The forward was expected to miss a month, but the issue is more serious than first thought

It’s possible Arsenal will go into the market to strengthen in January, with just Eddie Nketiah in reserve to provide a natural option in the number nine position.

Jesus has scored five goals in 20 games since joining the Gunners in the summer for £45million from Manchester City,

But his linkup play has gained plaudits as he has helped transform his side from missing out on the Champions League to genuine title contenders in a matter of months.

Brazil, meanwhile, are also set to be also be without Alex Telles for the rest of the tournament, who is struggling with a similar issue.

The injuries add to the ever-growing treatment table, with Danilo and Neymar also missing their side’s last two group games.

Brazil will face South Korea in their round of 16 match on Monday, but it is unclear if either play will feature, with no timescale put on their returns.