Gareth Bale has been accused of trolling Real Madrid fans by speaking Spanish upon his arrival at Los Angeles FC. Bale touched down in California on Friday and was greeted by supporters of his new club, having finally left Real after his contract expired.

The 32-year-old forward spent nine years with Real following a £86million transfer from Tottenham in 2013. He contributed 106 goals and 67 assists in 258 appearances and helped the club win a remarkable 19 trophies.

Bale had plenty of offers but decided to move to MLS on June 26. He flew over to Los Angeles for LAFC’s home match against rivals LA Galaxy on Friday night and was given a hero’s welcome by his new club’s fans.

The Wales international has signed an initial one-year deal but is not yet eligible to play. Nevertheless, LAFC rose to the occasion, picking up a 3-2 win over Galaxy in a derby dubbed El Trafico.

JUST IN: Tottenham close to finally selling man who Pochettino ‘did not want’ 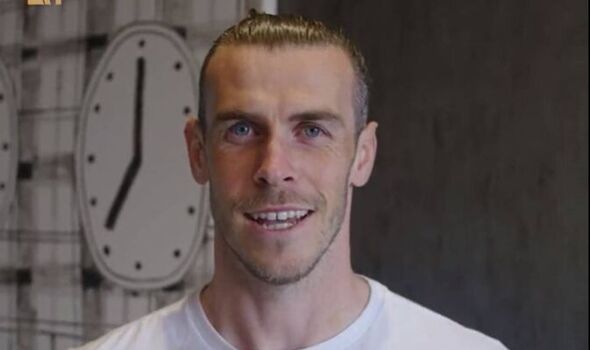 Before greeting fans in person by walking around the pitch, Bale recorded a message for LAFC’s Spanish language social media accounts. In it, he showed off his Spanish skills, reeling off a few sentences with a big grin on his face.

Although clearly a heartfelt message of his excitement, the clip has not gone down well with Real fans, who flooded the comments. Towards the end of his time in Madrid, Bale became a divisive figure among supporters, who accused him of not embracing the culture and being more interested in playing for Wales – and playing golf.

“Gareth Bale, you speak Spanish?” wrote one fan in the comments. “In Spain he speaks English and in the US he speaks Spanish?????” added another. 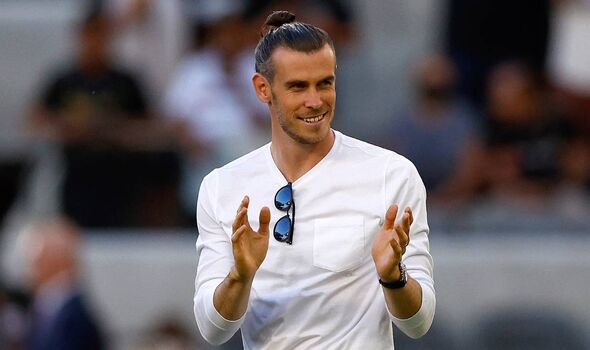 “In a 10 second video he speaks more Spanish than 9 years in Spain,” questioned another. “He is still trolling Madrid,” wrote one supporter. “More Spanish I heard from him in that clip than all the years he played in Madrid,” concluded another.

The comments are harsh, considering Bale has previously recorded entire interviews in Spanish. The depth of Bale’s love for Real Madrid was shown by his emotional farewell message when his departure was made official earlier this summer. “I arrived here 9 years ago as a young man who wanted to realise my dream of playing for Real Madrid,” he wrote.

“To wear the pristine white kit, to wear the crest on my chest, to play at the Santiago Bernabeu, to win titles and to be part of what it’s so famous for, to win the Champions League. I can now look back, reflect and say with honesty that this dream became a reality and much, much more. To be a part of this club’s history and to achieve what we achieved while I was a Real Madrid player, has been an incredible experience and one I will never forget.”