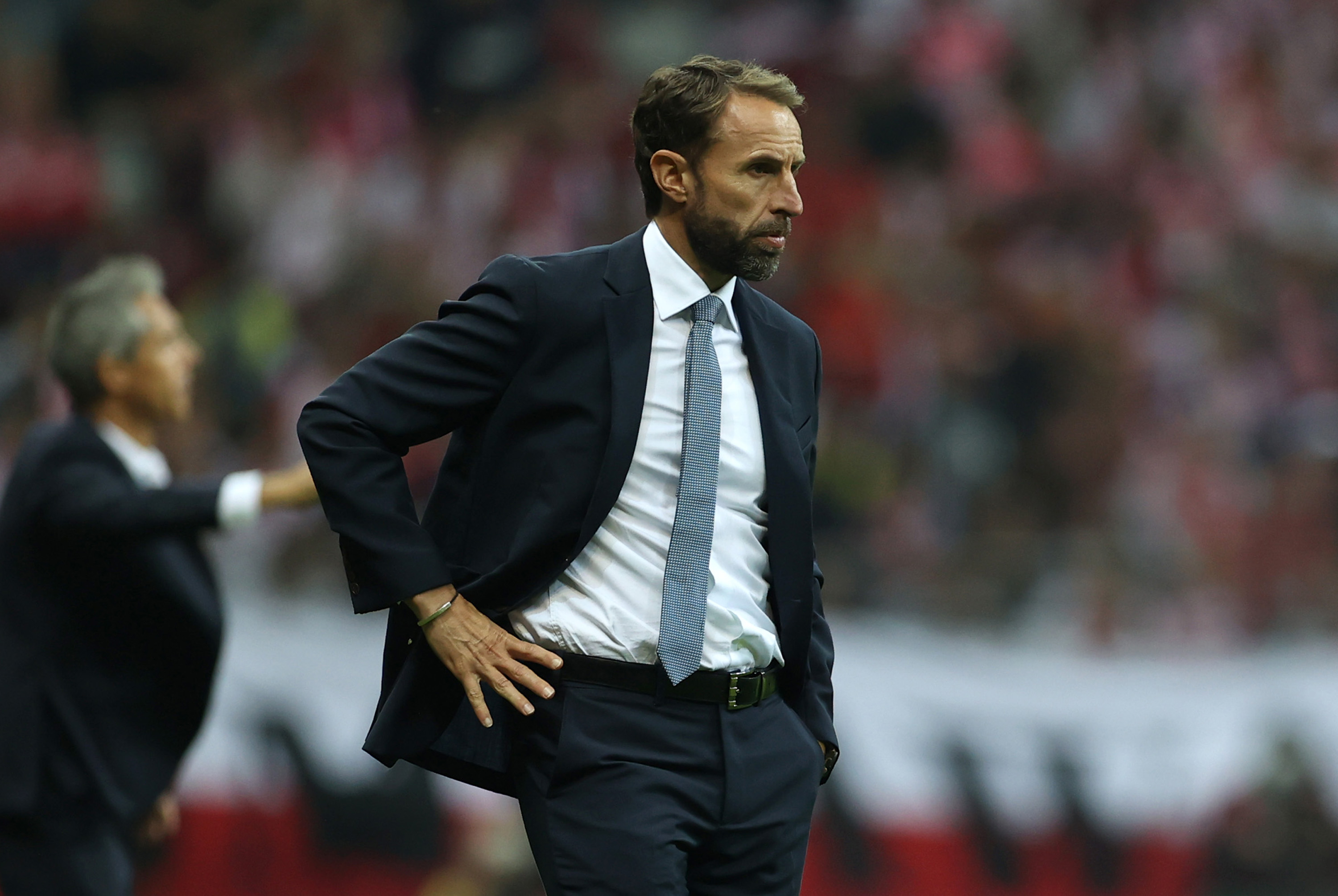 Mason Mount has been named in Gareth Southgate’s latest England squad despite being being sidelined with injury of late.

The Chelsea midfielder, along with team-mate Reece James, missed the 1-0 defeat to Juventus in the Champions League on Wednesday night but have both made the cut for the upcoming World Cup qualifiers against Andorra and Hungary.

Mount also missed Saturday’s defeat to Manchester City due to a ‘minor knock’ he sustained in last week’s Carabao Cup match against Aston Villa while James had to limp off against the Citizens.

Discussing the Chelsea duo’s inclusion, Southgate said: ‘Our understanding is that Mason and Reece have a good chance for the weekend.

‘We will track that.’

Former Blue and now AC Milan defender Fikayo Tomori has also been called up while Ollie Watkins & Aaron Ramsdale have all been brought into the England squad.

With Southgate’s injury problems mounting at the back with Manchester United’s Harry Maguire a key absentee, Tomori could be in line to win his second cap.

Southgate will be without several big names when the Three Lions resume their qualifying campaign for Qatar 2022 a week on Saturday with Trent Alexander-Arnold also out.

Tyrone Mings will rival Tomori for a place in England’s centre-back pairing alongside Euro 2020 hero John Stones who is still yet to play a single minute for Manchester City this season.

Tomori is another player who has caught Southgate’s eye with the manager admitting he likes his style of play.

‘Very impressed with the way he is playing for Milan, we were tracking him very closely at the end of last season,’ he said.

‘We have to be careful how we handle them. They are going to be very exciting players for England in the future and we don’t want to overload them.

‘I’ve come to the decsion through talking to the player and their families not doing a deal with the clubs.

‘We’d be picking them if we didn’t have those longer-term considerations.’

England travel to Andorra on October 9 before hosting Hungary at Wembley on October 12.