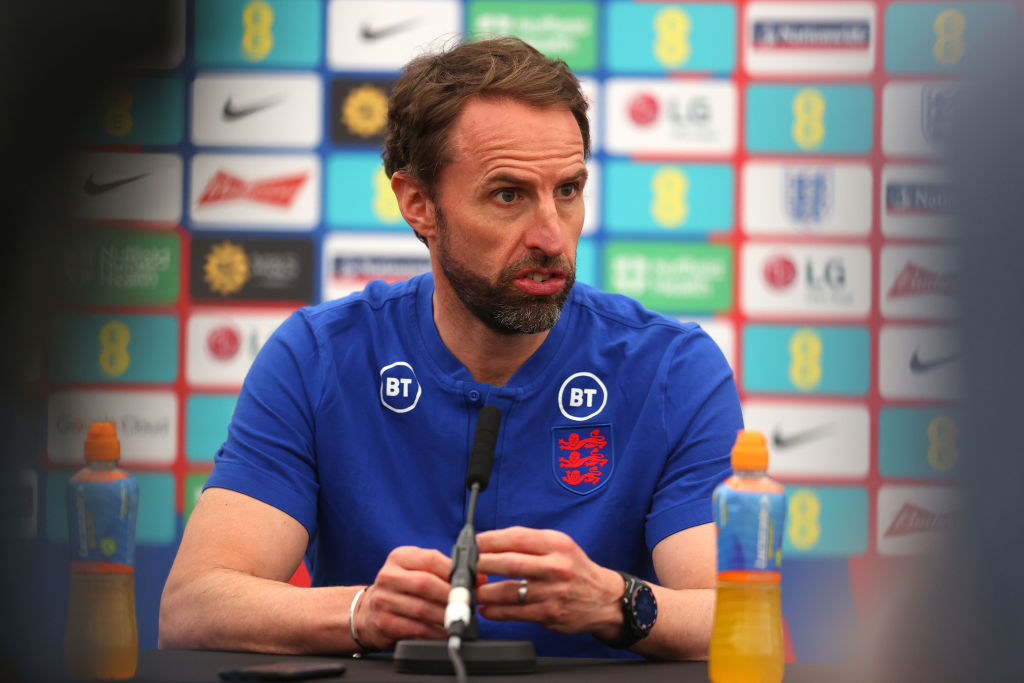 Gareth Southgate says Marcus Rashford still has a chance of making England’s World Cup squad despite being left out of the latest 28-man selection for this month’s warm-up friendlies.

He is currently dealing with a small injury problem which means he will play no role in United’s Europa League trip to Sheriff on Thursday night, though that does not appear to have been a consideration for his omission from the England squad.

Southgate says he still wanted to stick by players from his previous squad – such as Jarrod Bowen, who is yet to score or assist this season – but the door remains firmly open for Rashford and others if they can keep on impressing.

‘Although our results were disappointing in the summer, we have picked on the basis of form and capability over a long period,’ explained the Three Lions boss, who did not hold a press conference due the country being in a period of mourning and instead released a short statement.

‘There were certain players we wanted to keep involved this time, but that said it doesn’t mean that this is the end for some of the others who aren’t involved.

‘Marcus Rashford, for example, has shown some encouraging signs recently. He is a player we know well so if he can perform at a high level in the next few weeks, he of course will be under consideration.’

There was no mention of Jadon Sancho, who has also started to sparkle once again under Ten Hag, but both Harry Maguire and Luke Shaw made the squad even though their game time has been reduced – a situation which Southgate is not particularly happy about.

He continued: ‘Clearly, we have a number of players including Ben Chilwell, Luke Shaw, Harry Maguire and Kalvin Phillips who are not playing a lot of minutes with their club.

‘It is not ideal, but we feel they have been, and can be, important players for us. It is not a perfect situation but there is still a lot of football to be played before Qatar.’

Eric Dier, meanwhile, has been recalled after a long absence while Ivan Toney has been called up for the first time, with Southgate saying of the pair: ‘With Eric Dier, he has been playing well for a period of time.

‘We think it is a really close call across our centre-backs and he has deserved to be picked back in the group. We know what a good character he is. He fits in with the culture and has great international experience and leadership qualities.

‘With Ivan Toney, we have been tracking him for a long time. I had a good chat with Thomas Frank about him last season. His form and his qualities – not only his goalscoring but his technical ability, build-up play and aerial prowess – gives us a different threat to some of the other players we could pick.’