England manager Gareth Southgate has been told that he must stop overlooking Liverpool defender Joe Gomez as he is the Three Lions’ ‘best centre-back’. The 25-year-old has 11 international caps to his name.

Southgate has come under immense pressure of late as England are winless in their last six matches and appear to have lost the spark that saw them reach the finals at EURO 2020. The former Middlesbrough boss’ team selection has largely been highlighted as a result of the poor form.

Despite finding himself as a benchwarmer at Manchester United, Harry Maguire has remained central to Southgate’s plans – and his mistakes over the international break has proved a cause for concern. Many have questioned how the former Leicester defender has kept his place in the squad with so many inform players remaining unselected ahead of the Qatar World Cup.

One of which who has been regularly overlooked is Gomez, a decision that baffles former Tottenham striker Chris Waddle. He told compare.bet: “Why is Joe Gomez not in the squad? I just don’t get it. 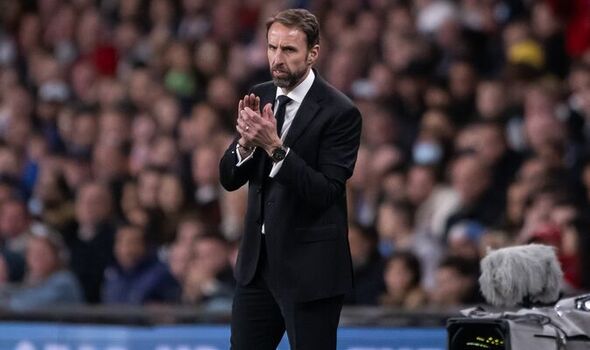 “He’s probably our best centre-half in England I think. He’s played most games for Liverpool this season… if he’s fit, he’s got to be on the plane, and he’s got to start, there’s no doubt about that in my mind.”

Gomez has made five Premier League appearances this season, though his first-half display against Napoli, which saw him replaced at half-time, will lead many to question how he will cope on the big stage. The former Charlton star has found himself as a rotational option under Jurgen Klopp over the past few seasons due to the good form of Joel Matip, alongside Virgil van Dijk, which has somewhat flattened his chances of an international call-up. 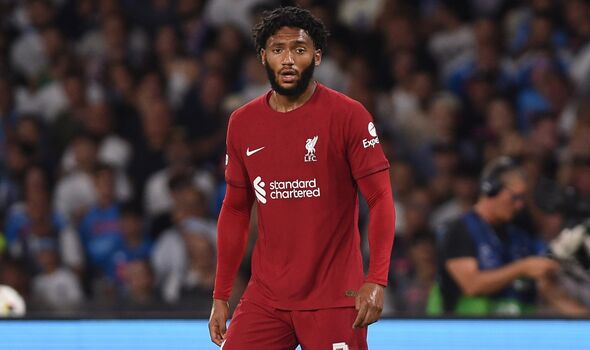 Elsewhere, the likes of Arsenal’s Ben White and AC Milan’s Fikayo Tomori will also be pondering what they have to do to get into Southgate’s side – especially with John Stones’ injury against Germany potentially opening up a vacancy in his back-three. Though Waddle believes that England should be lining up with a back four in Qatar, saying: “There are gaps appearing everywhere. Whether it’s physical, or mental, there’s something not right with this England team. Maybe it’s been a hard two years catching up with a lot of these players.

“I thought England’s system in the 2018 World Cup was very good. They looked the part and I thought three at the back was the answer and then he changed it to 4-3-3 for a bit and a lot of people thought it wasn’t good enough again. I have to say at the minute, three at the back looks so suspect. There’s no mobility, there’s no pace.”