Harry Kane is being linked with a big-money move away from Tottenham this summer with a host of clubs said to be interested and Gary Lineker has given his view on where the striker could end up. Kane has repeatedly stated that his wish is to stay at Tottenham if the club were regularly challenging for silverware.

But they’ve failed to win a single trophy during his time at the club and as he approaches his 28th birthday, it looks as though he’s ready for a new challenge.

His comments last month sparked plenty of speculation on where he could go with the likes of Manchester City, Manchester United and Chelsea all strongly linked.

The Premier League trio are expected to be in the market for a striker this summer, particularly Thomas Tuchel.

The German head coach is expected to be backed in the transfer market having led Chelsea to Champions League glory.

JUST IN: Tottenham told to ‘break the bank’ to reappoint Mauricio Pochettino 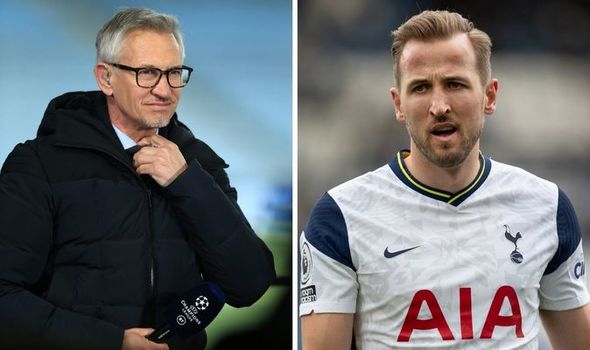 However, Lineker doesn’t think Kane would switch to west London due to his allegiance to Tottenham.

“I think that it would be worrying [to see him dominate the league if he joins Manchester City],” Lineker told Goal.

“I would love to see him at Barcelona but they are going for [Sergio] Aguero and are short on cash at the moment. I think it is between Manchester City, Manchester United and maybe PSG.

“They have [Mauricio] Pochettino and he would win things, guaranteed. I think it is more likely that one of the Manchester clubs can afford him outside of Chelsea. I don’t think he would go to Chelsea and do that to the Tottenham fans but who knows.

“I don’t think even the Tottenham fans would begrudge him moving now. He has given the club everything for a long time.

“They’ve not won anything with him which is a shame and it is a tough time for Tottenham.

“They are managerless in the realist sense of the world and could well lose their best player.

“For Harry, he needs to go and he wants to compete for major trophies, who wouldn’t? I was in a similar position myself at Leicester. 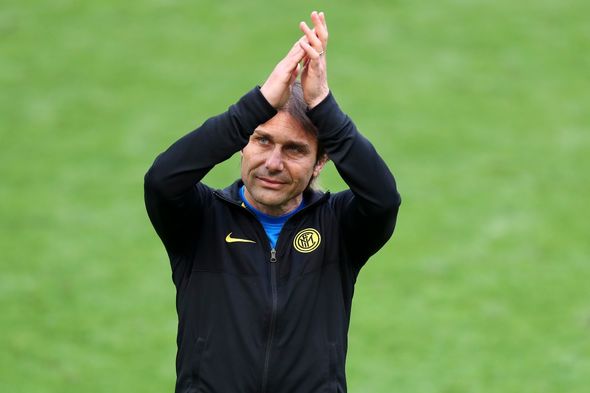 “I was in the team at the club I supported all my life, but there comes a point where you have to put your career first. I doubt he will leave before the Euros because, with [Spurs chairman] Daniel Levy, it could take a while.”

Kane may well hold out to see who is appointed as Tottenham’s new manager before making a decision on his future.

Antonio Conte has since emerged as the strong frontrunner with Paris Saint-Germain seemingly standing firm in keeping Mauricio Pochettino at the club.

Reports now claim that Conte is in advanced talks with Tottenham having left Inter Milan last month, who he led to the Serie A title.