Gary Lineker has high hopes for Trent Alexander-Arnold after the Liverpool youngster turned in another man of the match performance against West Ham. The Reds needed the creativity of their right-back to pull them from the dirt against the Hammers, with their unbeaten record on the line.

He teed up the first with a superb whipped delivery which Georginio Wijnaldum gratefully headed past Lukasz Fabianski, despite some questionable goalkeeping.

In the second half, Alexander-Arnold was on hand to tee up Sadio Mane for the eventual winner.

He put one on a plate again for Mane moments later but VAR ruled out his hat-trick of assists, with the Senegalese forward offside.

After the game Match of the Day presenter, Gary Lineker was keen to praise his fellow countryman on social media, for the role he played in helping the league leaders turn things around. 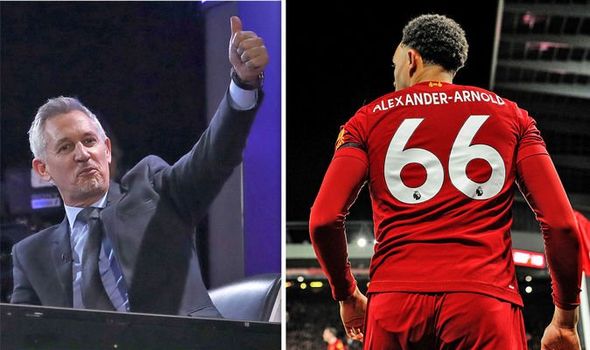 “Said it for a long time, he’s gonna be one of this country’s greatest ever players,” Lineker said.

Alexander-Arnold is now on 12 assists in the Premier League, matching his tally from last season.

It equals the record for most assists from a defender in a single Premier League season.

The 20-year-old is head and shoulders above his team-mates when it comes to chance creation. 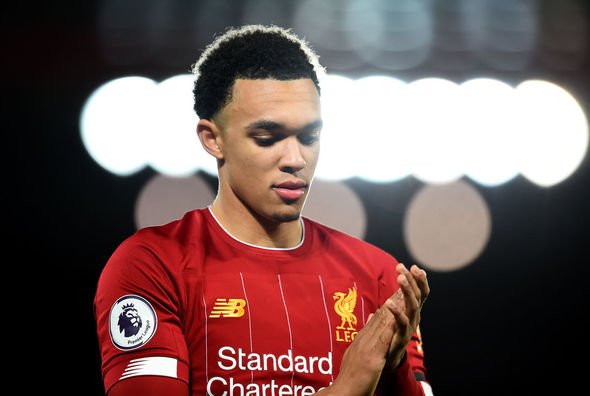 He has created 73 openings this season and is leading the way for Liverpool, with Mohamed Salah second with 44.

But Alexander-Arnold puts it down to his team-mates’ desire to get on the end of his deliveries.

“It’s down to my team-mates around me as if they’re not making the runs, those crosses are just going out of play,” he told Sky Sports after the match.

“It’s down to the attackers and the team, but I’m happy with how things are going so far.”

Gary Neville was also left in awe of his former rivals, by the way they continue to score goals from the wide areas of the field.

He said on Monday Night Football: “What staggers me about Liverpool is that he doesn’t have two big strikers he is going to hit and they are going to get loads of headed goals,” said Neville.

“He has the likes of Mane, Salah and Wijnaldum in there and they score headers from his crosses, he is that good.

“His quality is out of this world.”