Gary Neville has blasted Manchester United chiefs for their transfer inactivity this summer, and branded their treatment of the current squad as “abuse” by not recruiting more players. Erik ten Hag has seen Christian Eriksen, Lisandro Martinez and Tyrell Malacia join him at Old Trafford this summer, but Neville believes more work needs to be done after the Red Devils’ 2-1 defeat to Brighton in their first Premier League game of the season.

“It’s actually abuse to keep them doing those jobs for longer because to be fair they don’t enjoy it either. The reality of it is that those players either need replacing or supporting.

“They knew six months ago, eight months ago, 12 months ago that there needed to be investment this summer. All those players who were leaving like [Juan] Mata, [Nemanja] Matic and other ones that left, they knew they had a problem with [Anthony] Martial not being someone who has been fancied in the past. 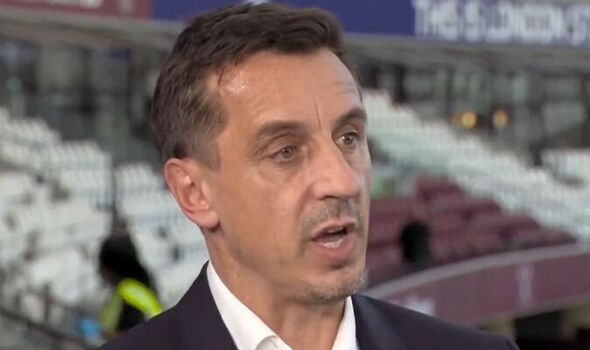 “Cristiano [Ronaldo] coming to the end, [Edinson] Cavani leaving, obviously the situation with [Mason] Greenwood not being at the club anymore, these things have been known for a long time so it’s not as if it has just hit them now.”

Neville was also asked what his thoughts were on United’s reported pursuit of former Stoke forward Marko Arnautovic. “I don’t know,” a stunned Neville said. “I have no comment on it. I have got a comment on everything in the world apart from Manchester United signing Marko Arnautovic today, I have got nothing to say. 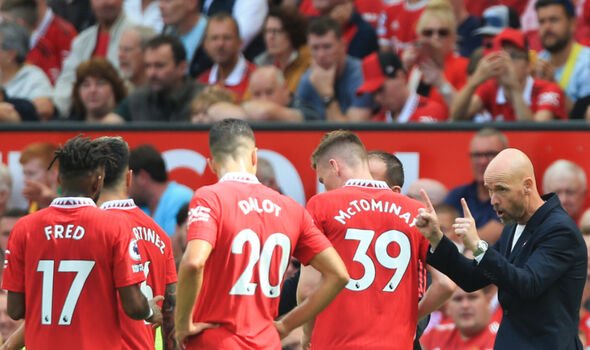 “You have got to be concerned about every element of the recruitment, the reliance on the Dutch league means that the recruitment of the 50-60 people they have got working in that department is not being trusted by the manager, because he wants to go with the players he knows from Holland.”

“Holland has not always been the most precise market for the Premier League, there have been good players coming from Holland but it has not been the market that has the biggest hit rate.

“So I am concerned about that, but generally in this moment in time there is a little bit of despair just through the fact that the coach, who is an outstanding coach, has not been given the tools that he needs at the start of the season so he can start the season with a new, revitalised squad.”