Gary Neville and Jamie Carragher have engaged in their latest Twitter spat amid breaking reports that Cristiano Ronaldo has asked to leave Manchester United this summer. Ronaldo wants to depart United one year before his contract expires, and Carragher believes the revelation has proven him right.

According to The Athletic, the 37-year-old striker has informed United to let him leave if an interested club submits a suitable offer. His agent, Jorge Mendes, has offered his services to Premier League rivals Chelsea and Bundesliga champions Bayern Munich. The report claims Napoli are also among his suiters.

Carragher has played the role of the sceptic since Ronaldo’s sensational return last year, participating in a memorable debate with Roy Keane about why United re-signed him from Juventus. The ex-Liverpool defender firmly believes he makes the team worse, despite scoring 24 goals in all competitions in his first campaign back.

Neville, Carragher’s regular on-screen partner for Sky Sports, has unsurprisingly fought in his former teammate’s corner. And he was quick to defend him and his decision to return to Old Trafford again after Carragher took a dig at United over his desire to depart.

JUST IN: Man Utd board’s four Ronaldo replacements as he ‘asks to leave’ 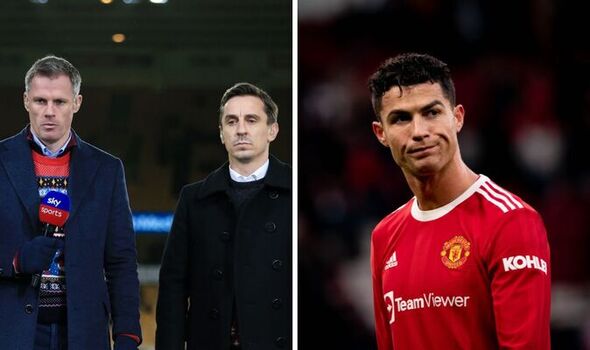 In response to the breaking news, Carragher tweeted: “Ronaldo did exactly what I thought he would do, score goals but make the team worse. The transfer request also kills the idea he turned down Man City because of his love for Man United.”

Neville replied: “I get it, you’re full of yourselves, but he can turn down City for United because he likes them more and still want to leave this summer. He left before but still loved the club. Enjoy Saturday night and your short period of success.”

Carragher hit back, labelling Neville a ‘clown’ before making fun of his previous comments describing Ronaldo’s return match against Newcastle United like Elvis had come to town. “City didn’t want him, you [clown],” Carragher continued. “And you’re the same fella who kept saying it was like Elvis had arrived in Manchester! Elvis has left the building!” 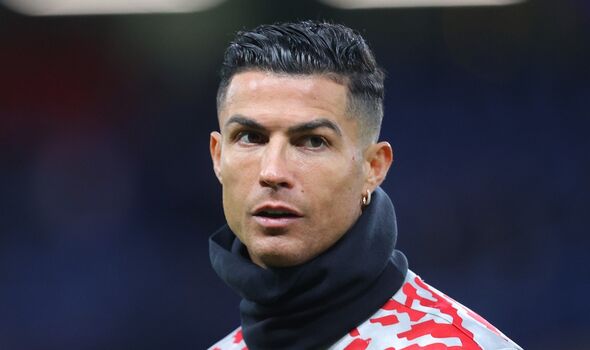 Neville had the final say, responding with a simple reference to Elvis’ hit song ‘A Little Less Conversation’. But the Ronaldo debate is bound to roll on over the summer and will undoubtedly leak into Sky Sports’ coverage of the new season.

United have stood firm on their Ronaldo stance, insisting he won’t be allowed to leave in the summer transfer window. However, if the Portuguese icon’s relationship is at stake, Erik ten Hag could sanction his sale if he’s guaranteed to receive a worthy replacement from the transfer market.