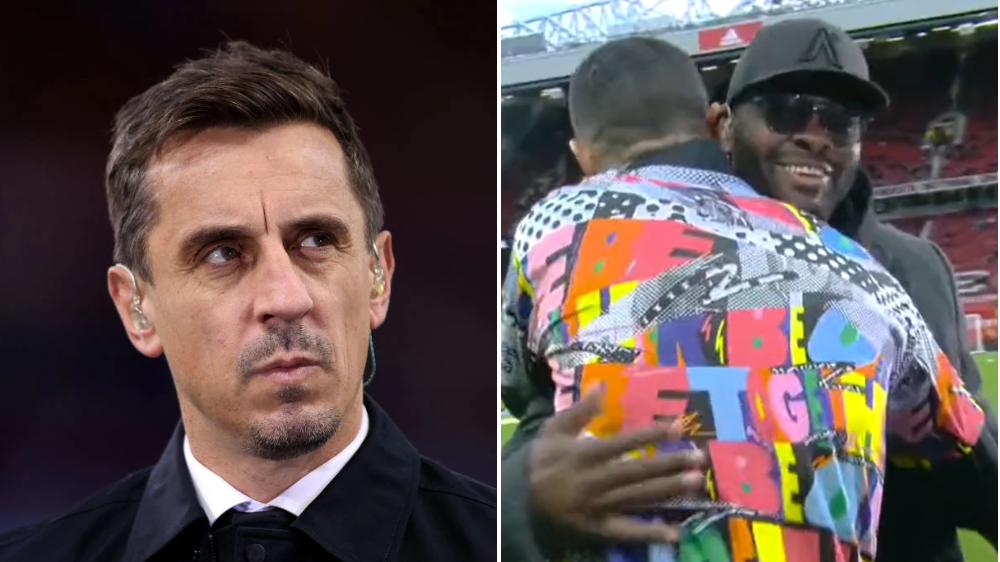 Gary Neville says Cristiano Ronaldo failed to ‘behave like someone who has played with me’ after the Manchester United striker ignored his old teammate at Old Trafford on Sunday.

Neville was on punditry duty alongside Jamie Redknapp and Louis Saha for United’s Premier League clash with West Ham.

Emerging from the tunnel, Ronaldo made his way over to the Sky Sports team and embraced old teammate Saha before also greeting Redknapp. Neville was left hanging, however, noting: ‘That’s me off the Christmas card list.’

It comes after Neville was critical of Ronaldo’s conduct when the 37-year-old stormed down the tunnel before the full-time whistle in the win over Tottenham earlier this month. The Portuguese was briefly exiled from the squad, missing last weekend’s draw at Chelsea but was back in the fold for the visit of David Moyes’ side.

In the impromptu exchange, Richards asked Neville: ‘How does it feel to be blanked, by your mate?’ Laughing off the question, Neville said: ‘It just tells us something though. He is watching, he has watched…’

Asked if he thinks Ronaldo’s actions were ‘a bit petty’, Neville responded: ‘I think if I had 570million followers on Instagram I wouldn’t be arsed about Gary Neville.’

‘I think Cristiano is too good a player, too fantastic a character and the club have got to move on.’