‘I went round!’: Gary Neville opens up on his weight gain post-retirement… as the Manchester United legend reveals he turned to the gym because he ‘felt s***’ in the first couple of years after he stopped playing

Gary Neville has revealed that he ‘felt s***’ after rapidly gaining weight in his first couple of years after retiring from football.

The former Manchester United full back called time on his glittering career in 2011, and took up a role as a pundit for Sky Sports shortly afterwards.

Having opted to remain in the public spotlight, Neville admitted he piled on the pounds and fans didn’t hesitate to remind him about it. Speaking on the latest episode of The Overlap, Neville told ex-teammate Paul Scholes that he chose to get back in the gym to start feeling good about himself again. 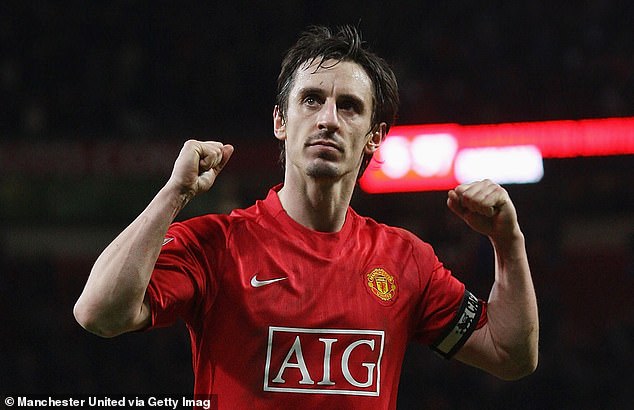 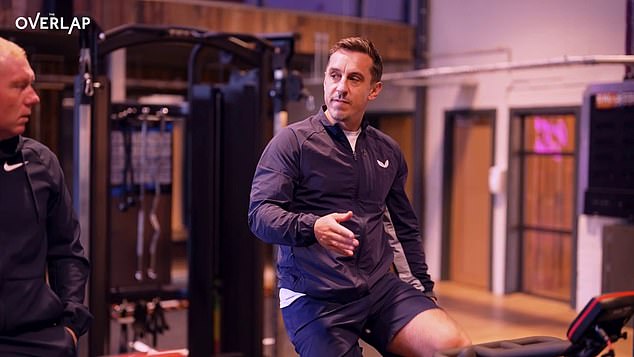 ‘I like feeling stronger in my body, because I feel better in my mind,’ Neville explained to Scholes as the pair lifted weights together.

‘To be fair, Scholesy, you know I put weight on when I finished playing football for a couple of years, didn’t I? I went round! People just f***ing battering [me].’

Scholes countered Neville’s final point by arguing that the United legend should not be concerned by what people think.

Neville responded: ‘I know but I felt s***. The worst thing is when you’ve got to have two or three different shirt sizes for the year. 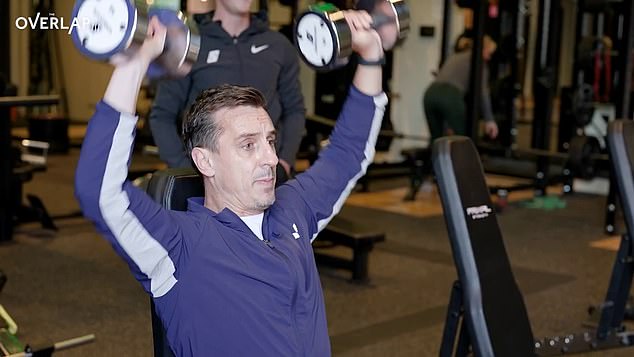 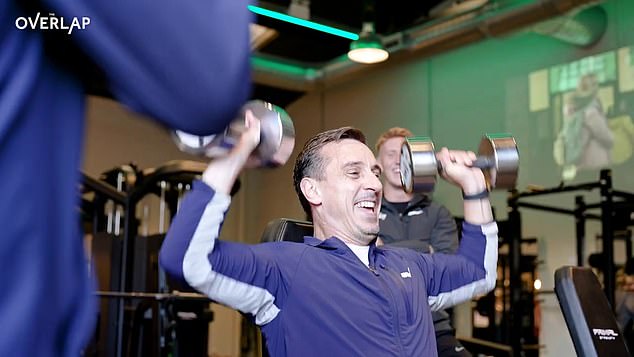 Scholes did not offer Neville a great deal of sympathy, but Neville saw the funny side

Scholes has become known for his dry sense of humour over the years, and couldn’t resist aiming a dig at Neville.

Neville saw the funny side, and replied: ‘He’s fat-shaming me on The Overlap! We’re trying to help people on this programme!’