Gary Neville thinks “nothing can be ruled out” as Jamie Carragher fears Liverpool might miss out on their first Premier League title, after it was announced that matches would be suspended because of the coronavirus pandemic.

Liverpool are currently top of the league and have a 25 point lead over second placed Manchester City with nine games left to play.

However, Premier League and EFL matches have now been suspended until at least April 3 because of the COVID-19 outbreak.

Ahead of the announcement Carragher took to social media to question what should happen next, as he insisted that next season cannot begin until this one has finished.

He also queried what would happen to qualification to the Champions League, as well as the relegation and promotion to and from the Championship to the Premier League. 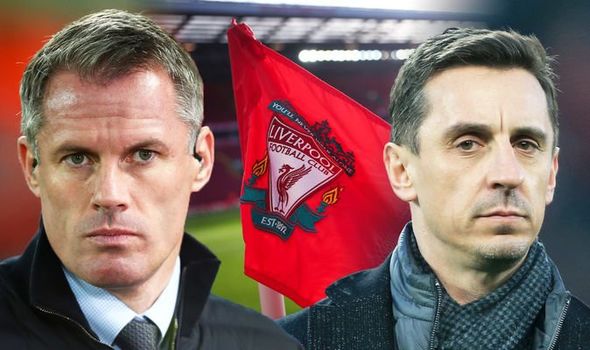 “Inevitable the @premierleague @EFL will be suspended today,” Carragher tweeted.

“You can’t start next season until this one finishes when ever that is. No title winners?

“Who goes in the @ChampionsLeague next season??Leeds WBA +1 miss out on PL??? 3 clubs in Prem stay up.”

However, Neville was quick to respond to his fellow pundit as the former Manchester United defender insisted anything could happen.

“Nothing can be ruled out,” Neville said on Twitter. “It’s unprecedented.”

Multiple clubs across English football have been directly affected by the coronavirus, with Arsenal boss Mikel Arteta and Chelsea star Callum Hudson-Odoi boss diagnosed with COVID-19.

Leicester City also have three players who are being tested and Everton have also confirmed that one of their first-team players is self-isolating after reporting a high temperature. 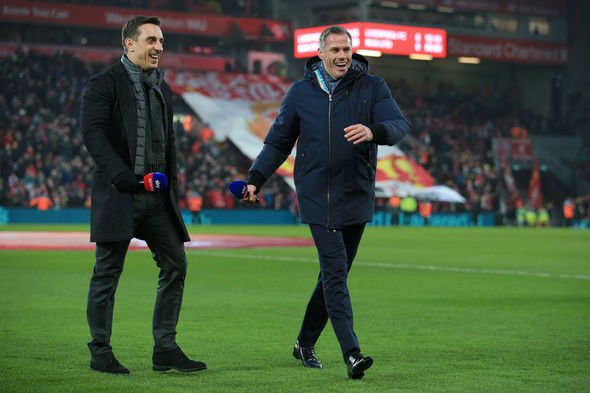 Bournemouth also confirmed five people, including goalkeeper Artur Boruc, are displaying symptoms and as a precautionary measure are self-isolating in line with Government and Public Health guidelines – although none have tested positive for Coronavirus.

Football in Scotland, Wales and Northern Ireland, has also postponed.

The Premier League said matches will resume on April 4 subject to “conditions at the time”.

However, FA chairman Greg Clarke is concerned that the season may have to be abandoned.

The Times reported that government guidelines expect the deadly bug will not peak until around mid-June.

If this is the case, and if Euro 2020 is postponed until the following year, it would leave clubs little time to play their remaining fixtures of the 2019/20 campaign before the new season would be scheduled to begin.