Gary Neville has torn into prime minister Boris Johnson and has demanded the Premier League do not follow his guidance over the coronavirus. Neville was vocal on social media in the days leading up to English football being suspended last Friday. The Premier League was one of the last major European leagues who stopped football in their country.

Premier League matches were set to go ahead, with fans in attendance, last weekend following a meeting on Thursday.

However, the news that Arsenal boss Mikel Arteta and Chelsea star Callum Hudson-Odoi had tested positive for coronavirus led to an emergency meeting on Friday morning, which saw elite football suspended across the country.

Speaking on Sky Sports’ The Debate programme, Neville said the Premier League were made to look foolish for a reactionary decision.

“That’s why I was critical of the Premier League 10 days ago, the idea that they were willing to put a million people into football stadiums for a Premier League weekend and just think they can wing it and get away with it to me was reckless,” he said.

JUST IN: Premier League and EFL suspended until at least April 30 after crunch coronavirus meeting 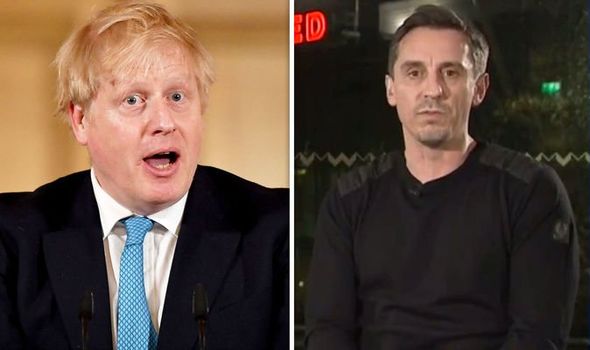 “I felt when the Mikel Arteta situation was announced on that Thursday evening and they essentially ended up with reactive leadership, they were made to look foolish in my opinion.”

Neville’s Sky colleague and former Liverpool defender Jamie Carragher then claimed it was not the Premier League’s fault, and in fact because the government had not intervened.

“What did you actually want the Premier League to do there in that situation?”

But Neville replied by saying there is no way English football should be listening to Johnson about what they should do.

“We’ve just seen the guy who represents the government speaking to be fair,” Neville said.

“I think if football’s going to take their steer from [Johnson] then ultimately I’ve got no faith in football.

“I accept it’s unprecedented times and I accept the difficulties they’ve got but I’d expect decisive leadership which puts health of supporters, football players and their staff first.” 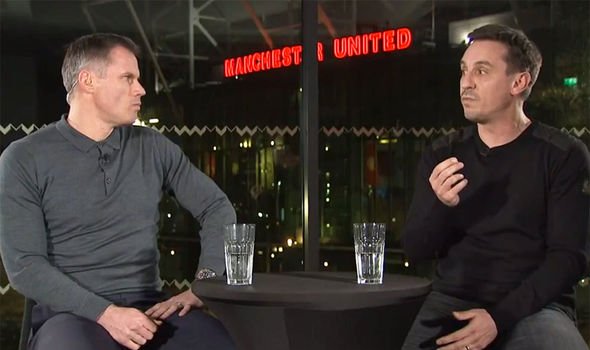 Johnson has held a daily press conference throughout the week to keep the nation updated about the coronavirus outbreak.

But Neville would much rather see chancellor Rishi Sunak stand up and be the voice of the country.

He added: “Listening to Boris Johnson there, I prefer to hear from Rishi Sunak, he gives me far more comfort than the prime minister to be honest with you.

“Listening to the chancellor yesterday, I felt as though he had a handle on the situation, I feel as though we need to hear more from him because essentially I think he needs to look at other areas that he didn’t cover in that initial address a couple of days ago.”