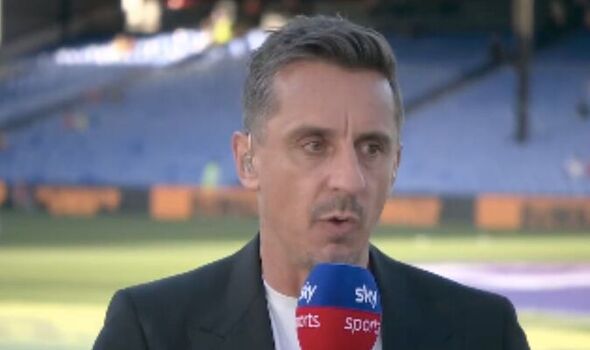 Gary Neville claims Manchester United will either look ‘incredibly smart’ or ‘a little embarrassed’ over the potential signing of Frenkie de Jong, whose future at Barcelona continues to hang in the balance. The Dutchman remains United’s top transfer target but so far the Red Devils have failed to make the breakthrough despite over 12 weeks of extensive discussions.

A deal worth a guaranteed £63million has already been agreed between the two clubs but United are yet to entice De Jong into the move.

The midfield maestro remains grateful to Erik ten Hag for his side’s interest but he wants to ideally remain at Barcelona, a decision he has made public on a number of occasions.

Failing that, De Jong is believed to be open to joining Chelsea, who do have Champions League football to offer – unlike United.

United legend Neville believes the club still have work to do in the market before Ten Hag is satisfied with his options, warning his former employers that they could be left embarrassed if Chelsea beat them to De Jong. 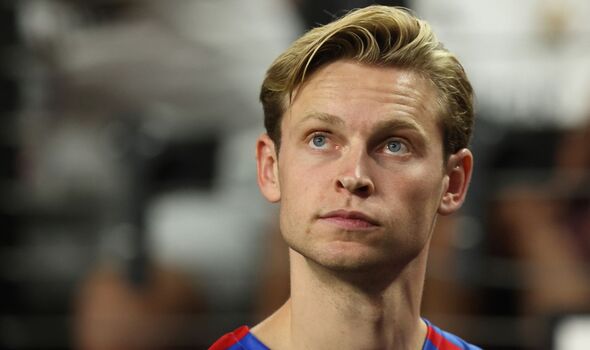 He said on Sky Sports during coverage of Crystal Palace vs Arsenal: “Manchester United is a huge job full stop. It’s become even more difficult in the past few weeks that he hasn’t got in the players that he wanted.

“They might get them in, within the next few weeks but Manchester United will look incredibly smart if they get De Jong in or they might look a little embarrassed.

“Particularly if he goes to Chelsea. Then there’s the Cristiano Ronaldo situation, complicated even further by Anthony Martial’s injury.

“It’s not the ideal start as a new Manchester United manager, who is always going to be under pressure.

“I know he said he’s happy with his squad but he does want other players. So he can’t quite be happy with that.”

Chelsea have now opened talks with Barcelona over a deal and they are hopeful they can land the Holland international ahead of United.

De Jong remains locked in discussions with Barcelona over a potential pay cut, something that Neville does not agree with.

The former England defender claims Barcelona are bullying their player over unpaid wages as they attempt to strike a deal with the midfielder.

Neville previously tweeted: “De Jong should consider legal action v Barcelona and all players should be behind him!

“A club spending fortunes on new players whilst not paying the ones they have under contract their full money is immoral and a breach. @FIFPRO should be all over bullying like this and stop it.”

Barcelona president Joan Laporta has already made it clear the Catalan giants are still seeking to keep the player at all costs.

However, they could still be forced to consider a sale in order to register five of their new signings including Raphinha, Robert Lewandowski and Jules Kounde.