Georgia Stanway ran rings around the boys as a kid, has cracked every sport she’s tried except golf and loves to unwind by going carp fishing… now the Lionesses star’s rugby-playing boyfriend is having to follow her Euro heroics from France!

It says much about the competitive intensity which all her junior football coaches remember in her that Georgia Stanway caught an 11lb carp on only her second attempt at fishing.

She had spent a fair bit of time watching her boyfriend, the Toulouse professional rugby league player Olly Ashall-Bott, casting off, when the notion of trying her hand presented itself during the first pandemic lockdown.

Ashall-Bott anticipated some messing around on a riverbank during one of their night fishing trips, which saw them camp out near the home they have bought in Widnes, Cheshire. Stanway had different ideas. 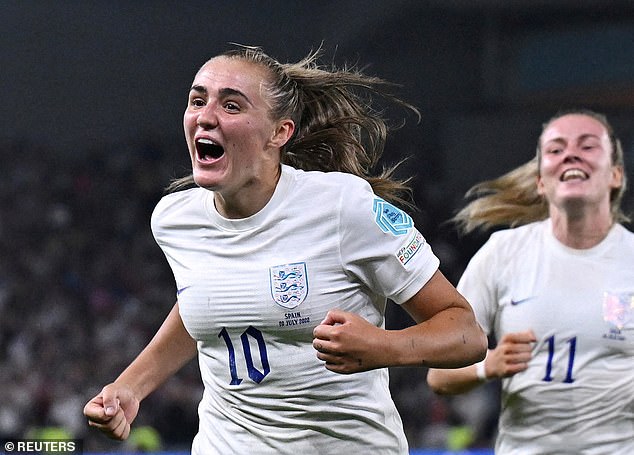 Stanway to heaven: Georgia’s stunning strike in extra time saw England past Spain to reach the semi-finals of the UEFA European Championship 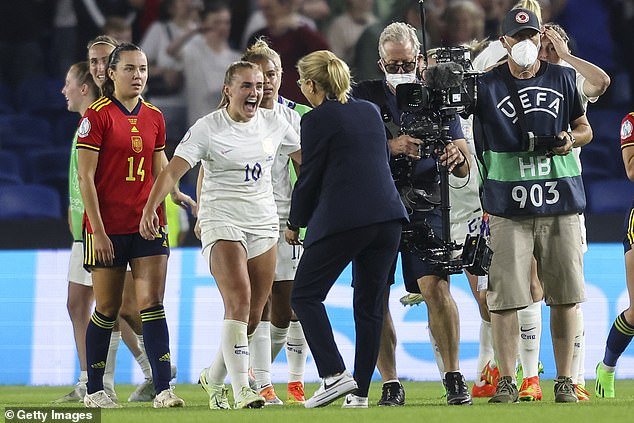 She came across someone who was selling their fishing kit — top of the range, at a very good price — and could not resist. Then she landed the carp which made Ashall-Bott’s accomplishments seem distinctly modest. ‘Literally the second time of going out there and Georgia catches the biggest fish ever!’ he relates. ‘That’s her! She’s so competitive in everything she does.’

It did not stop there. The two of them met up with the England women’s carp fishing team, with Stanway apparently very keen to learn more techniques. She and Ashall-Bott caught 12 fish between them on that occasion, while the national team reeled in 100.

Ashall-Bott, whose injury-troubled career has finally been kick-started by his move to France, reveals that leisurely sport is an alien concept when you have Stanway as your partner. She has frequently come out best in their games of teqball, which combines football and table tennis on a curved table, in the back garden. Golf is the only sport she has not mastered yet. 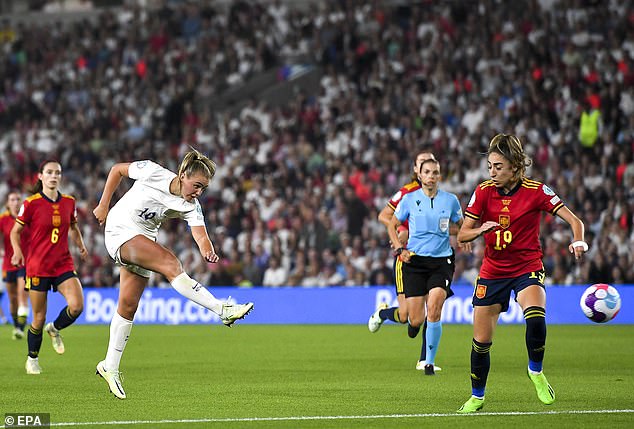 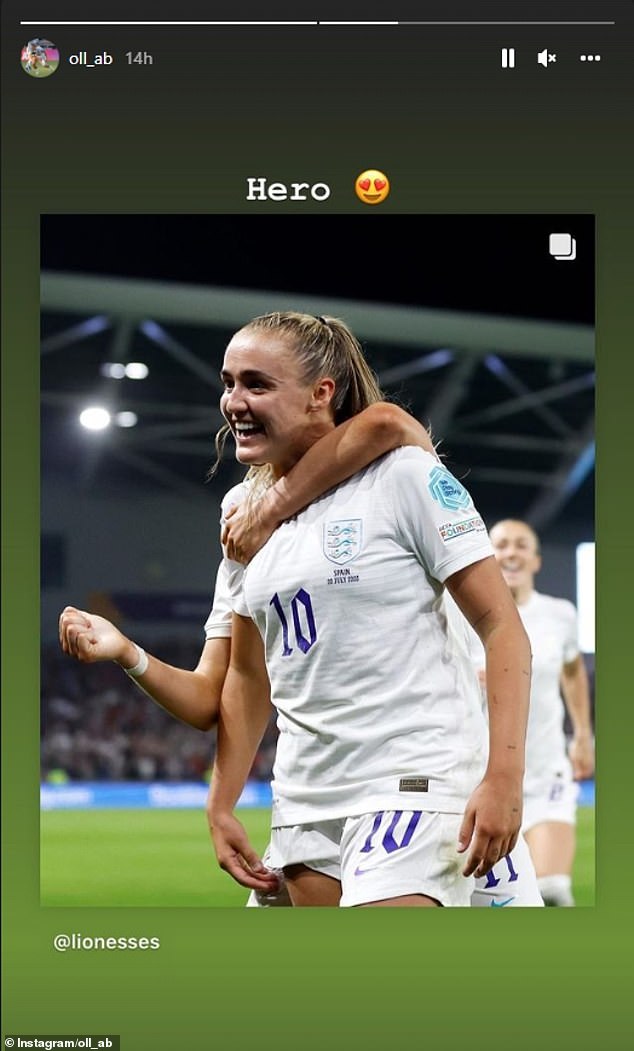 The football coaches who have known Stanway since she was a teenager ascribe much of her success — including the extra-time goal against Spain which drove England into Tuesday night’s Euros semi-final against Sweden in Sheffield — to that same feistiness.

The diminutive 23-year-old and her England team-mates Keira Walsh and Ella Toone are all products of the Blackburn Rovers academy. All three ran out as teenagers in the club’s senior team, though Stanway was the most likely to give a bit back if the opposition tried intimidation.

‘When other players tried to kick them, they could never get a reaction,’ relates Gemma Donnelly, the Blackburn Ladies manager, who has worked with all three. ‘But Georgia perhaps a bit less so. She’s got that tenacity. She has got a bite to her.’ 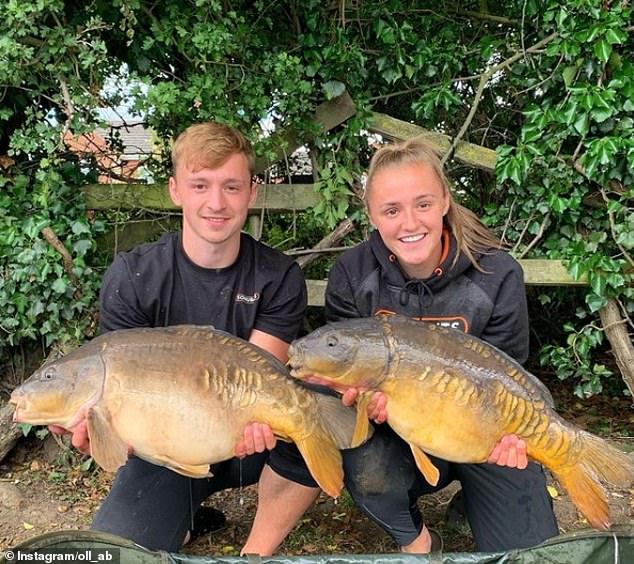 Stanway and her boyfriend, the rugby league player Olly Ashall-Bott, and their catch of the day 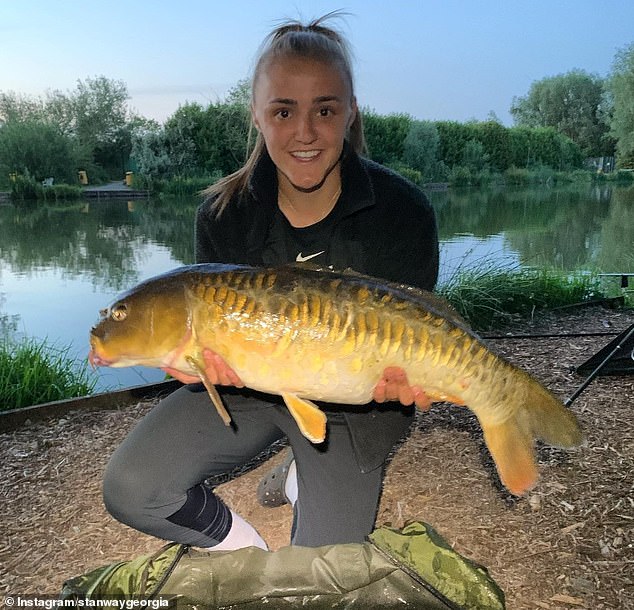 Her stature, 5ft 4ins, contributes to that. ‘She’s broadened out with all the strength and conditioning training,’ says Donnelly. ‘But she was one of our smaller ones and what she lacked in size, she made up for in using her body well.’

Another of Stanway’s former Blackburn coaches, Amanda Goodwin, now an FA regional talent coach, describes Stanway’s hand being badly swollen after it was stood on during an under-13s game. She was reluctant to come off.

‘She took it on herself to drive through their defence, through the channels, through the middle,’ she recalls. ‘She ran that game. I lost count of her shots. I don’t know how the ball didn’t go in.’ 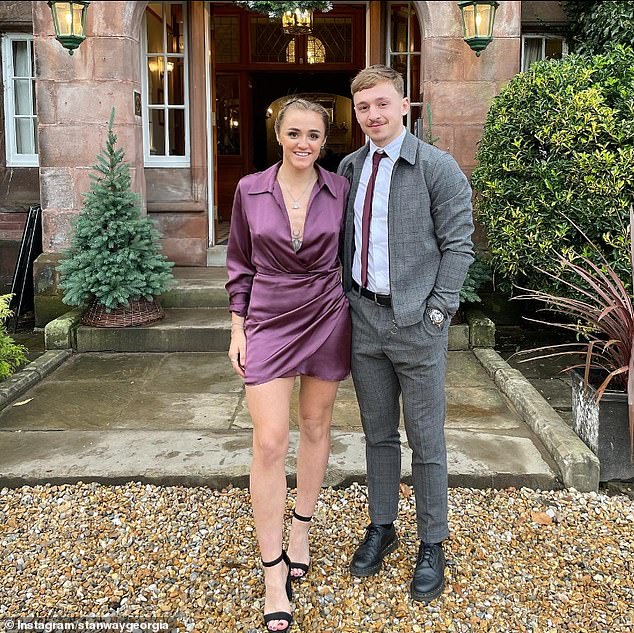 Stanway and Ashall-Bott have been going out since 2018, after he sent her an Instagram DM

Blackburn’s youth coaches all remember the four-hour round trips that Monday and Wednesday night training sessions in Blackburn entailed for Stanway, who sought dispensation to leave school early, travelling from Barrow in Cumbria.

Blackburn was not the richest club. Stanway became accustomed to home matches on a leased ground high up on the Blacksnape playing fields, in line with the Darwen Tower landmark, 85ft above sea level. ‘It snowed in summer!’ relates Connelly. ‘Georgia and the others would be out there putting the nets up, taking them down again or getting the corner flags in. We didn’t have the most amazing resources. That’s why there’s no sense of entitlement.’

Stanway was 16 when she joined Manchester City in July 2015. She and Ashall-Bott were acquainted through mutual friends when she responded to his Instagram request to meet, four years ago. 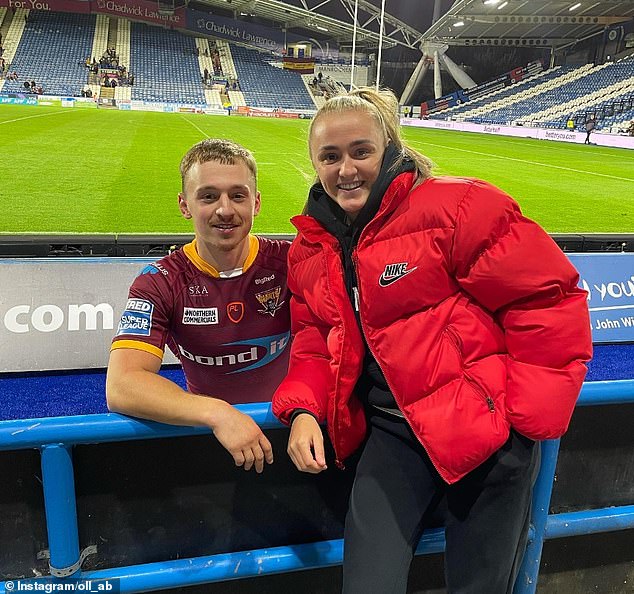 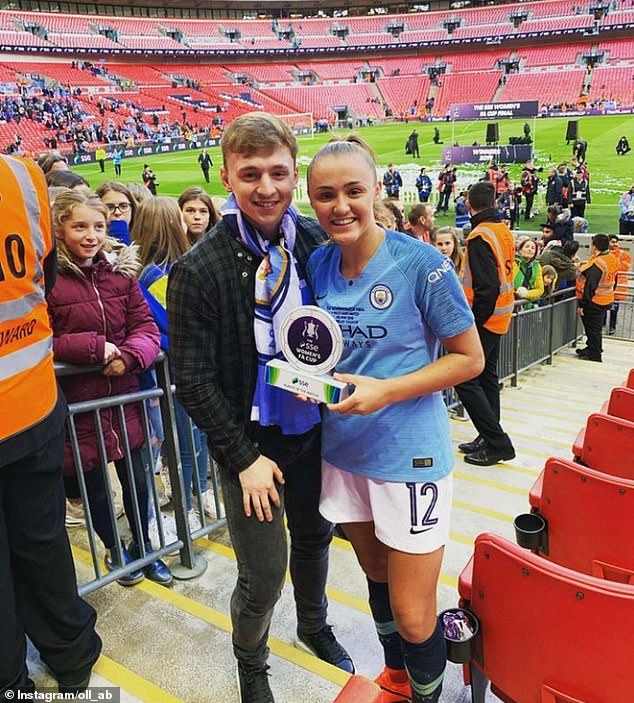 With Toulouse currently in the midst of a desperate Super League relegation fight, he has not been at her Euros games, though they FaceTime from their respective changing rooms each time they compete.

Ashall-Bott, who was on the sofa with the couple’s dog, Milo, when Stanway scored against Spain, did not see the goalscoring opportunity that she intuited. ‘I was screaming at the TV for Georgia to pass — shouting “pass the ball!” — but then she just hit it,’ he says. ‘Then my phone went mad. And I went mad. The dog ran off because he thought I was shouting at him!’

The 24-year-old will seek permission from Toulouse coach Sylvain Houles to be at Wembley, if the England team reach Sunday’s final. His own team play in Hull on Friday. ‘What a year that would be for us, it they win the Euros and we stay in Super League,’ he says.

They have rented out the home they bought in Widnes, with Stanway playing for Bayern Munich next season.

Ashall-Bott has already been researching flights from Toulouse. But before all that, there is the small matter of England competing in the Women’s Carp World Championships, on home soil in Oxfordshire, late next month.

A tilt at that national squad? Her boyfriend would not put it past her.