Steven Gerrard scored more goals against Aston Villa than ANYONE else, but they had the last laugh by trashing his dream Liverpool farewell on his birthday (and the fans relished taunting him for it!)… now he’s set to be their new boss

For the most part, Steven Gerrard loved playing against Aston Villa. He scored more goals against them – 13 in 27 games across all competitions – than any other side he faced in his playing career.

Now, their paths are set to cross again – this time with Gerrard donning claret and blue and taking the reins of one of England’s most fabled clubs after they sacked Dean Smith on Sunday, following five straight Premier League defeats.

Gerrard has forged a burgeoning reputation as a manger north of the border with Rangers. He has 124 wins in 192 matches, winning the Scottish Premiership and denying Celtic a historic 10-in-a-row in the process. Should he leave for Villa, he will always be engraved into Ibrox folklore. 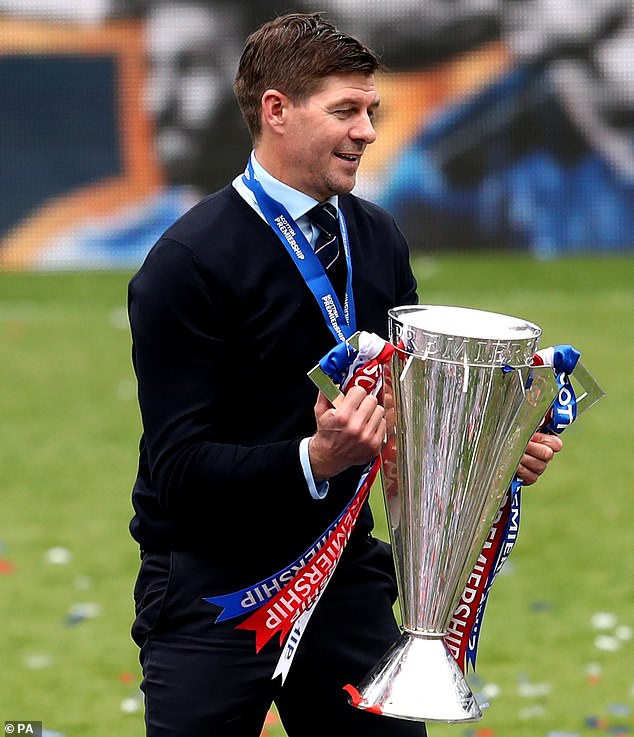 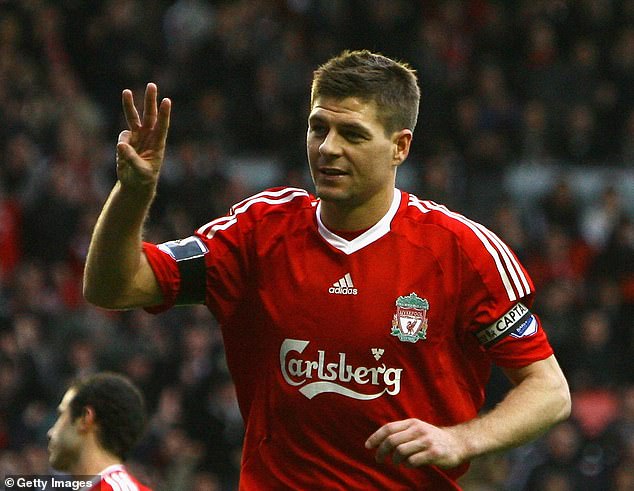 As a player, Gerrard enjoyed great success playing against Villa – here, he is pictured celebrating a hat-trick in a 2009 Premier League match against them 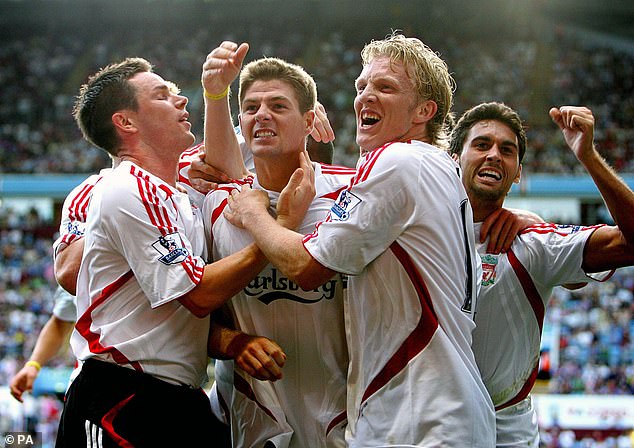 Yet for all the joy Gerrard had against Villa in his time with Liverpool, the Midlands club had the last laugh at the end of the 2014-15 season – Gerrard’s final year as a Liverpool player.

The story seemed written before it had happened when Gerrard announced in January 2015 that he was leaving his boyhood club at the end of the season. The FA Cup final fell on May 30, Gerrard’s 35th birthday. It would have been the perfect way to bow out.

At the semi-final stage Liverpool were pitted against Tim Sherwood’s Villa, who were fighting for their Premier League survival. Liverpool had endured a tough season with losing Luis Suarez, Daniel Sturridge being sidelined by injuries and speculation Raheem Sterling wanted to leave, but Brendan Rodgers’ side were the favourites.

Philippe Coutinho even gave Liverpool the lead but Villa overturned the scoreline with goals from Christian Benteke and Fabian Delph while Jack Grealish, 12 days after making his first Premier League start, shone at Wembley.

Gerrard’s dream Liverpool finale was left in tatters and he personally endured a game to forget. The Liverpool fansite The Anfield Wrap gave him a 3/10 player rating after the match, saying ‘it feels generous… offered practically no cover in defence and actually no threat in the attack.’

Villa fans rubbed salt in the wounds on cup final day – a group of supporters went viral after being pictured having a ‘birthday party’ for Gerrard on the train to Wembley. 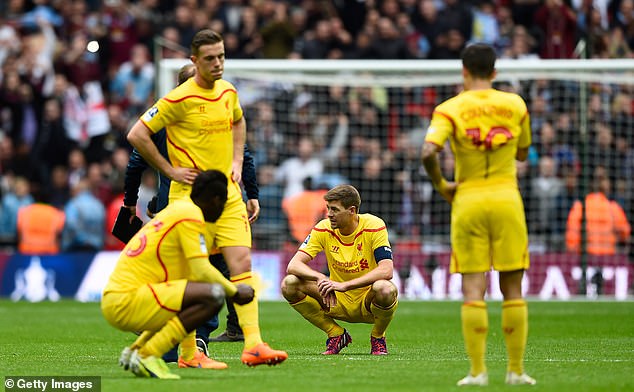 But really, the act was in jest and given Gerrard’s record against Villa, the Holte End are as well placed as anyone after Liverpool’s fanbase to reflect on the player Gerrard was in his pomp.

Stand-out displays include his hat-trick in a 5-0 win in 2009 and a stunning last-minute free-kick at Villa Park in 2007, the opening day of the season and Fernando Torres’ debut, to snatch three points.

If he can inject the same blend of panache and urgency into a flailing Villa side, his name will be pulsing around Villa Park before long. And that would be no mean feat – should Gerrard take the job, he will walk into a side that is searching for its identity again.

The loss of Grealish to Manchester City – unquestionably Villa’s best player for a number of years – has dented the side and former manager Smith purchased an array of players to restructure the team in his absence.

The jury is still out on Emi Buendia, a £40m acquisition from Norwich who is struggling to settle in the early days of his Villa career but getting a tune out of him could be key to starting life quickly for Gerrard at Villa.

But ultimately, most managers worth their stripes would look at Villa’s squad and back them to change the fortunes. In Emi Martinez, there is a super goalkeeper – Argentina’s No 1. Centre-back Tyrone Mings is an England regular while John McGinn is a midfielder who has admirers across the Premier League, including at Gerrard’s old side Liverpool.

In attack, Ollie Watkins and Danny Ings are proven Premier League scorers knocking on the door of the England squad while winger Leon Bailey, another summer signing, could be an ace in the pack. 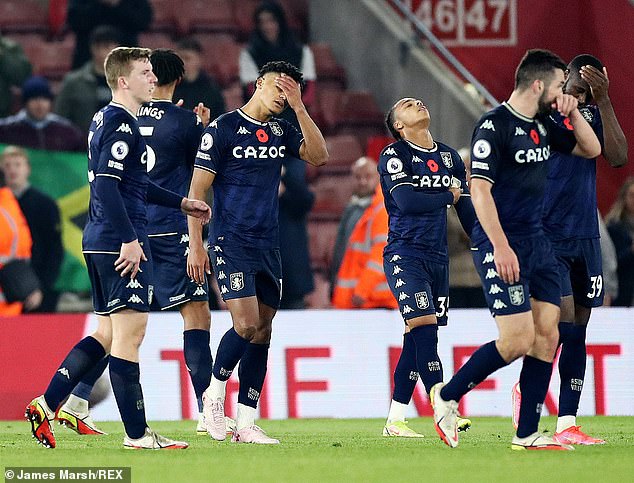 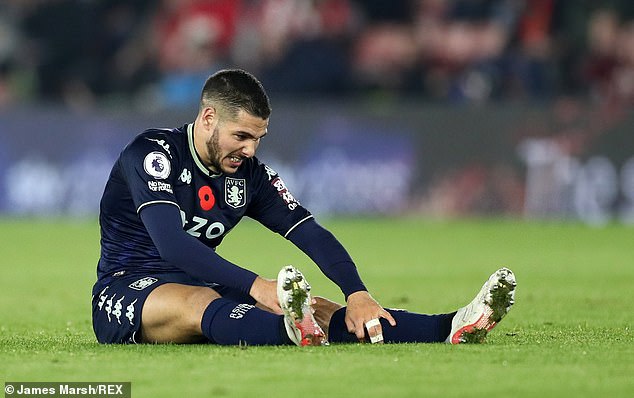 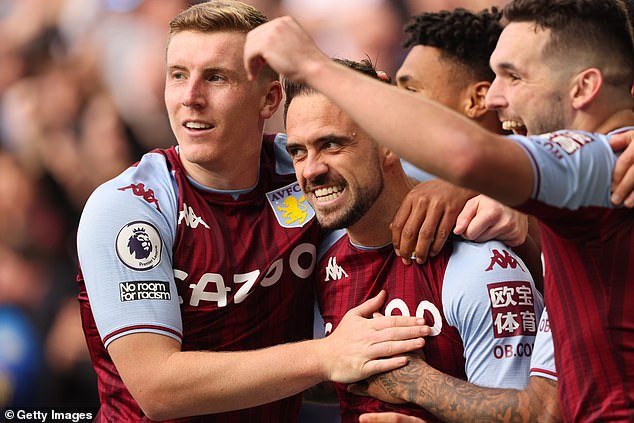 If Gerrard is to take over, he will also have a decent bunch of players keeping themselves ticking over at the club’s Bodymoor Heath training ground due to not being involved in internationals – such as Ings, Buendia and Watkins.

It could be ripe conditions for him to get his vision across to key players from day one.

On a wider level there is a great deal of curiosity over Gerrard the manager. Is he the heir to Jurgen Klopp at Anfield? How will his success in Scotland translate to a division as cut-throat as the Premier League?

Yet one of the icons of English football joining forces with one of the nation’s most traditional and respected clubs feels like a good fit –  and another fascinating managerial appointment in the division.