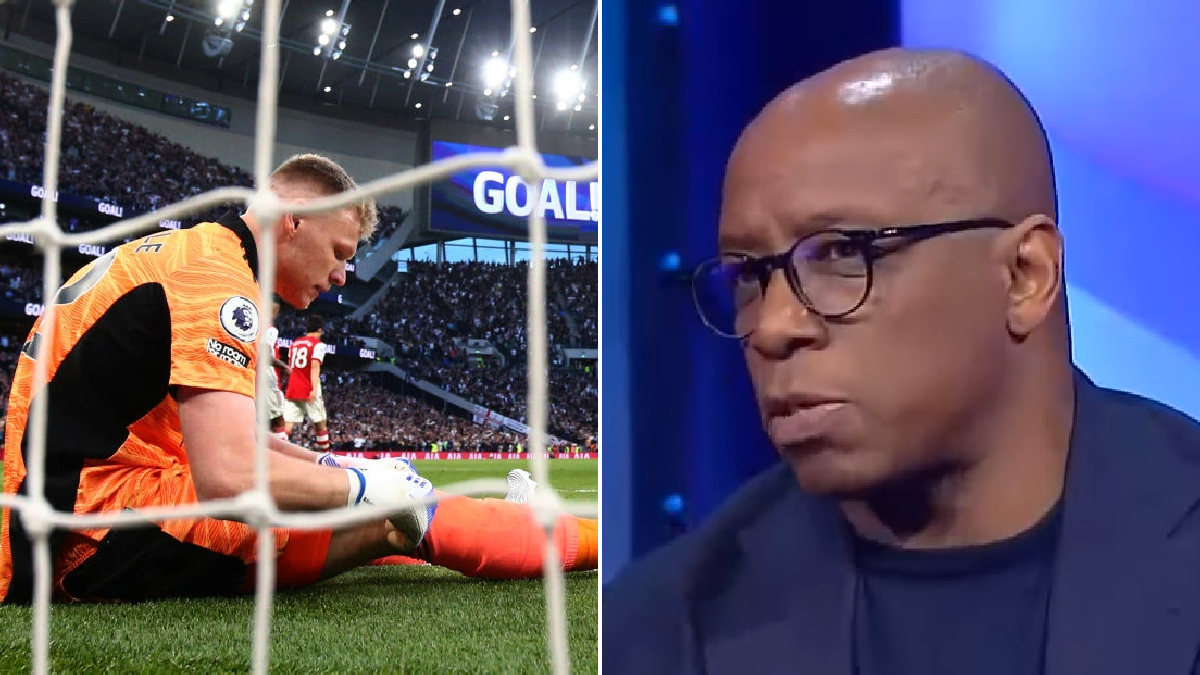 Ian Wright has warned Arsenal’s youngsters they must show they can handle pressure situations if they are to qualify for the Champions League and thrive in the competition, should they cement a top four place.

The Gunners’ fate remains in their own hands, despite Thursday night’s damaging north London derby defeat, during which their naivety was exposed by a ruthless Tottenham side.

Mikel Arteta’s team never recovered from the concession of a needless penalty, converted by Harry Kane midway through the first half, and the game was settled as a contest when Rob Holding was dismissed for elbowing Son Heung-min just past the half hour mark.

Should Arsenal recover from last night’s setback and take maximum points from their final two games against Newcastle and Everton, they will still secure a place in Europe’s elite club competition, but the nature of the defeat against their north London rivals suggests they will struggle to cope with the weight of expectation.

‘We’re a young side and this is a very pressured situation,’ Arsenal legend Wright told Premier League productions, reflecting on last night’s defeat.

‘This was a pressure situation in respects of this game with a full house at White Hart Lane. We had to go out and remain calm and try and get something.

‘It didn’t work out because of the penalty and that kind of changed the game. But again, we are talking about trying to get into the Champions League and playing in games where there is this kind of pressure.

‘It’s the type of pressure they should get used to if that’s where they want to go. Yes, Newcastle is going to be tough, just like Everton but we don’t know,

‘Everton might be save by the time Arsenal play them and we will need to win it. It’s a case of going and getting it done.

‘You know what needs to be done so you need to try and do it.’

Arteta, meanwhile, insists attention has already switched to Monday night’s match at St James’ Park and won’t allow the frustration felt as a consequence of defeat against Spurs boil over.

He said: ‘This game is now history. We have to play on Monday, and we have to start to win the game now.

‘We have to manage the frustration, and I know how they were feeling about a few things. I didn’t want that frustration to take over us, because then we were going to lose more players.’