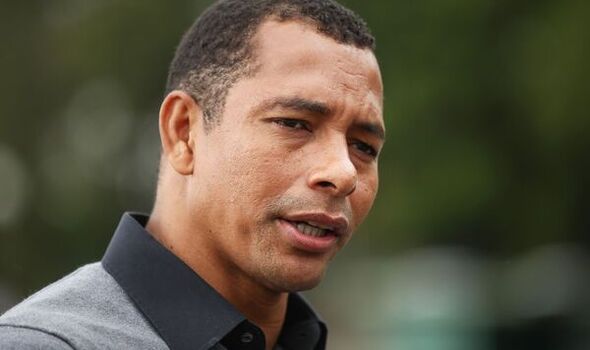 Ex-midfielder Gilberto Silva appears to believe that two of his Brazilian compatriots could make the difference in the north London derby this weekend as his former club Arsenal take on bitter rivals Tottenham. The 45-year-old hailed the impact of Gabriel Jesus and Gabriel Martinelli for the Gunners so far this season, and appears impressed by what he has seen from the duo.

There is everything to play for at the Emirates in the early kick-off on Saturday, with the winner of the match going top of the league ahead of Manchester City’s clash against Manchester United the following day. There is sure to be a tense atmosphere generated from both the fans and players, with the two sides looking for a victory that could see them firmly establish themselves as genuine title contenders.

Speaking to Express Sport at a round-table event in London, Gilberto singled out Martinelli and Jesus as he praised Mikel Arteta’s side’s start to the campaign – and he thinks the future is looking bright for the club.

“From what I’ve heard in the last few weeks, the samba is back at Arsenal,” the former Invincible said. “It’s good! I think they are great players and they have done well – this is important. I think the consistency, for this league especially, is fundamental to achieve the results. 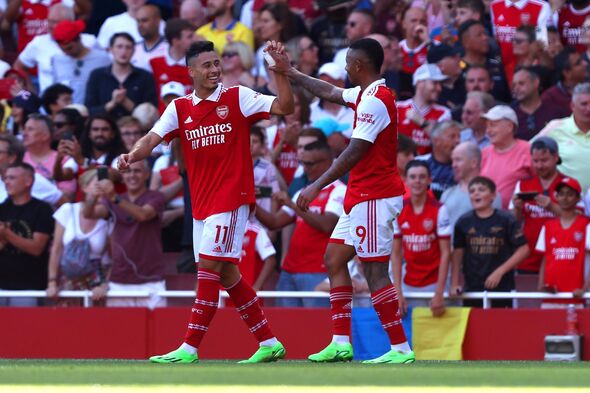 “For me, I feel happy to see more Brazilian players at the club – especially doing as well as they are at this moment in time. I wish them the best of success. It would be great to see Arsenal win again this year and they have an important game. The north London derby is always very special, they have to be ready for this.

“Jesus is doing great. I think it was good for him to move to Arsenal because he can be one of the main guys. Martinelli is [also] doing well.

“I think this type of game they have to be ready for, but they understand that. When you go for big games you don’t need to explain to players how to behave, how to play – they know how to manage it. Just go there and win the game!”

“Martinelli is very consistent, as well. Brazil is being very well represented.”