Scottish folk will always wonder what might have been had Billy Gilmour not tested positive for Covid-19 on the eve of their Euro 2020 group decider with Croatia.

That sense of curiosity has only intensified over the course of this international break, in which the 20-year-old has added two man-of-the-match prizes to the one against England in June that announced his arrival on this stage.

For Gilmour, regret lingers. Scotland were beaten by Croatia while he watched on TV from a hotel room in Darlington — not quite how he’d imagined his Euros expiring. 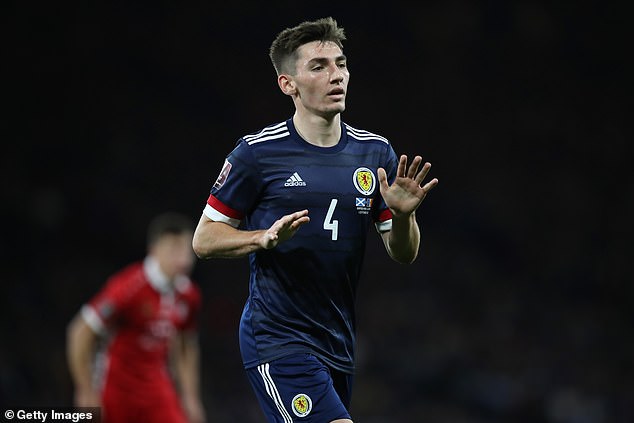 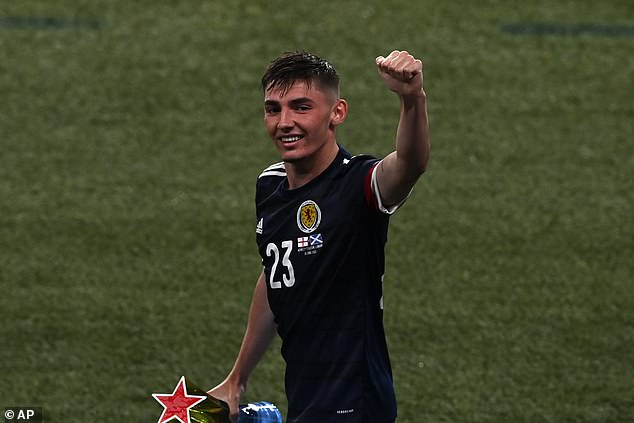 The midfielder, on loan at Norwich, has impressed for Scotland, including at Euro 2020 (above)

That hurt, however, is now serving as motivation.

‘I felt fine, so when I got told I had Covid I was gutted,’ he recalls of the 8am knock on his door from the team doctor at their Rockliffe Hall base.

‘I was asking to do more tests but they all came back positive. I had to watch the Croatia game, sitting by myself.

‘It was a long 10 days but there was football on the TV. I wasn’t allowed to train, I couldn’t do anything.

‘I still think to myself, “How have I managed to catch it?”. I don’t have a clue. 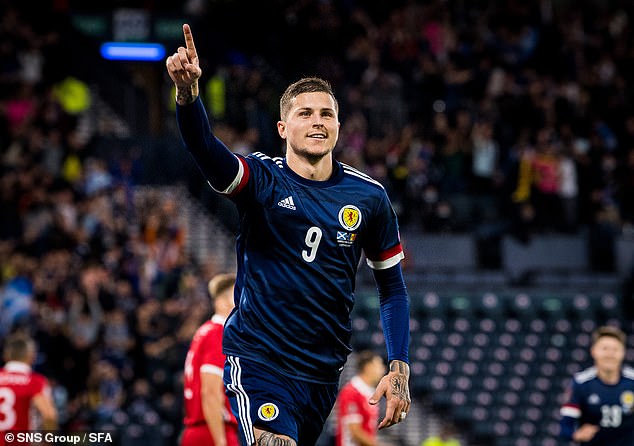 Scotland clinched a nervy 1-0 win over Moldova, with Lyndon Dykes netting the only goal

‘From the high of Wembley to a low that quickly was hard. It just made me hungrier to come back here and prove why we should be going to the World Cup.’

Gilmour has certainly been true to himself in that regard. He was Scotland’s best player during an otherwise disappointing 2-0 defeat in Denmark on Wednesday, and on his home debut here on Saturday night, at least his star-man showing helped his nation to a narrow win over Moldova.

The midfielder, on loan at Norwich from Chelsea, set an example that not all of his elders could follow in terms of bravery and intent in possession.

The win over Moldova — the only goal arrived on 14 minutes when Lyndon Dykes turned in from close range — sets up a mammoth match in Vienna on Tuesday. The losers will be left in fourth with only second spot guaranteeing a play-off berth.