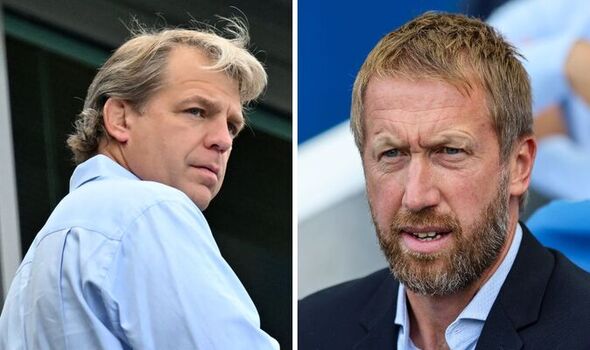 Graham Potter reportedly asked for guarantees that he would have power in the January transfer market and beyond before committing to a long-term contract with Chelsea. The Blues are now expected to unveil the Brighton boss as their new head coach by the close of play on Thursday with Potter due to arrive at their Cobham training ground this afternoon after saying his goodbyes in Sussex.

Potter spent two hours at Brighton’s Lancing training ground complex but did not take training ahead on the Seagulls’ trip to Bournemouth this weekend.

The former Swansea manager is set to sign a five-year deal at Stamford Bridge where he will be tasked with turning Chelsea’s fortunes around following a challenging start to the 2022/23 campaign.

While the appointment has been plain sailing ever since the Blues identified Potter as their top managerial target, the 47-year-old tactician did request some assurances before committing to the position.

According to Fabrizio Romano, Potter wanted to confirm he would have an active say in the club’s transfer business moving forward – alongside the board. 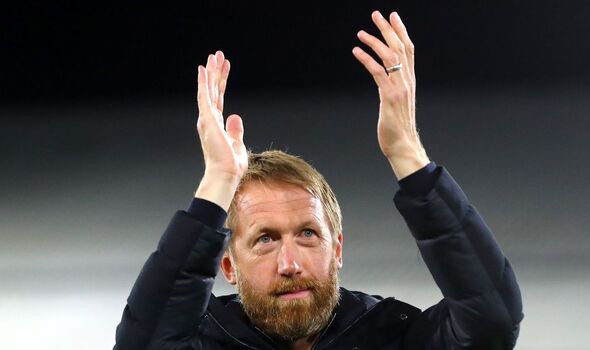 Collectively, he wants to work together with the Chelsea hierarchy to ensure the Blues are signing the right players for his project.

In the absence of departed director Marina Granovskaia, Thomas Tuchel was forced to take on increased responsibility as part of Chelsea’s summer recruitment drive.

Tuchel had an active role in pursuing and negotiating deals as part of his mini rebuild in west London.

However, less than a week after the transfer window closed – Boehly ruthlessly pulled the trigger on the German following the 1-0 Champions League defeat to Dinamo Zagreb.

Potter – once appointed – is also expected to have an active role in future contract negotiations.

The Athletic suggest Boehly had done additional homework on his new head coach before deciding to push ahead with a move for Potter.

Back in August when Chelsea were tying up a transfer for Marc Cucurella, Boehly is alleged to have flown to Mykonos for formal talks with the player and his representatives.

During these discussions, Boehly showed extensive knowledge and research on the Brighton manager, who he also personally consulted when asked for a character reference on Cucurella.

Potter’s current family base in Hove means he may not even be required to relocate for the Chelsea job.

It is another fundamental reason why Potter seemingly feels this position is too good to turn down, despite his own personal difficulty saying goodbye to Brighton.

Tottenham are said to have approached the highly-rated coach in 2021 but Potter declared he was more than satisfied to remain at Brighton, where he has continued to flourish.