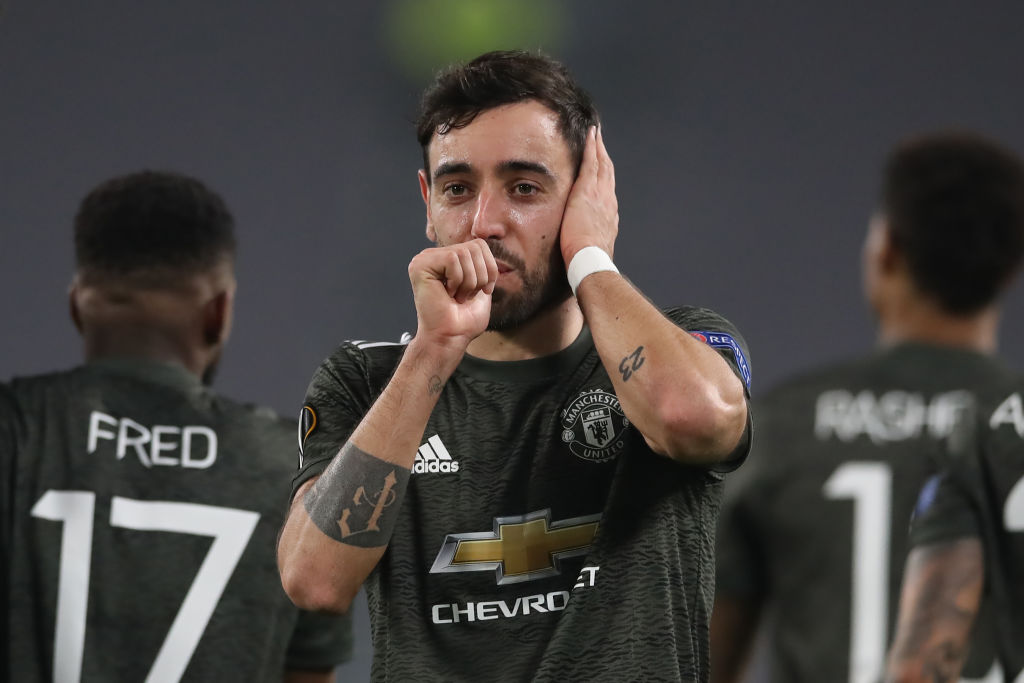 Bruno Fernandes warned his Manchester United team-mates their Europa League last-32 tie with Real Sociedad was still very much alive despite them running out 4-0 winners in the first leg and said the squad must ‘grow up’ after some poor recent results.

The Portugal midfielder was once again in inspired form and gave the Red Devils a healthy lead with a pair of well-taken goals either side of half-time in Turin on Thursday evening.

Marcus Rashford finished off a flowing counter-attacking move in the 64th minute and Daniel James squeezed the ball home from a tight angle to give Ole Gunnar Solskjaer’s side a four-goal advantage at the death.

The comprehensive victory makes the return leg at Old Trafford look a formality but Fernandes expects a ‘tough game’ on home soil next week and told BT Sport the tie was far from over.

Asked what pleased him about the match, Fernandes said: ‘The result, of course. It’s about winning, we want to win games and today we did.

‘I think everything is well, the result is on our side but we have the second leg and still we have a tough game to do again in our home and win again to go through.

‘We know 4-0 is a good result but we have to be aware of what Real Sociedad can do and be ready for the second leg.’

United had won just two of their previous six games heading into the match and Fernandes insisted there was still major room for improvement.

‘And of course, the most important thing is the results and it gives you more confidence to go to the next games and try to win again.’

Though Fernandes seemed to hesitate after a knock from Sociedad goalkeeper Alex Remiro for his opener, he claimed he was just holding out for the ‘right moment’ to strike the ball.

‘If you rush sometimes in that moment, you can take a wrong shot and the ball goes out.

‘So I just waited for the right time to kick it.’

Fernandes joked he gifted James an assist with his second goal after the Welshman appeared to miscontrol the ball in the build-up.

‘I was expecting the touch from Dan James for me,’ he continued.

‘But when he controls the ball – I think it was a control, I give him an assist! [laughs] – but I saw the ball close for me and I think on that occasion, the ‘keeper is coming out, if you kick well on the first touch it’s difficult to react.

Tags: -, Fernande, grow, up
You may also like
Latest Posts