Pep Guardiola refuses to rule out former club Barcelona signing ANY of his Man City stars amid interest in Raheem Sterling, as he insists cash-strapped giants remain an ‘attractive’ option

Pep Guardiola has refused to rule out the possibility of any of his Manchester City stars leaving for Barcelona amid speculation linking Raheem Sterling with a move to the Nou Camp.

Barcelona are reportedly interested in making a swoop for Sterling, 26, with reports suggesting that a player-plus-cash deal involving Frenkie de Jong may be on the cards.

Sterling’s future has been up in the air recently, with the England international saying that he would consider a move away from the Premier League champions if he is offered more game time elsewhere. 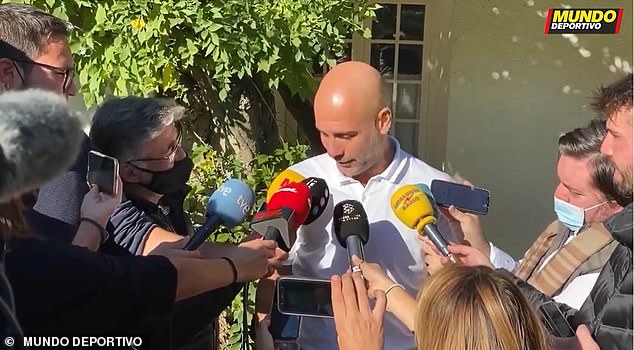 While Guardiola did not reference Sterling specifically, he admitted at a golf charity event in Spain this week that he cannot rule out a move to Barcelona for any of his players.

‘Honestly I have no idea,’ he said via Manchester Evening News. ‘I don’t know anything. Not that I would tell you anyway.

‘If Barcelona are interested in any of our players, I am convinced that they can get them. Barca continues to be an attractive club, more than attractive. The city, the club, the history and this for the trainers, for the players always seduces a lot.

‘If Barcelona interests one of our players, they will set up the machinery into operation, it is a liner. 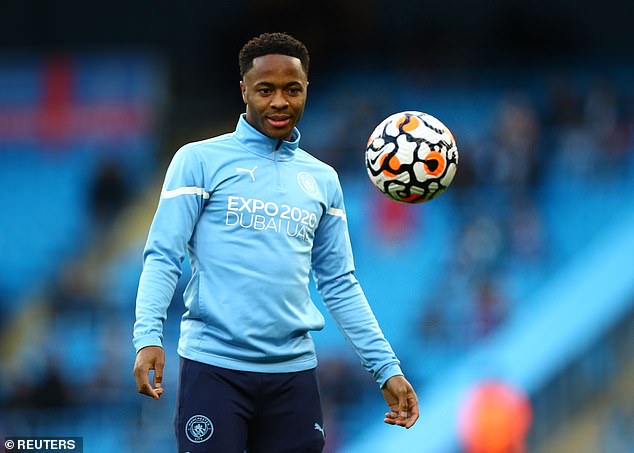 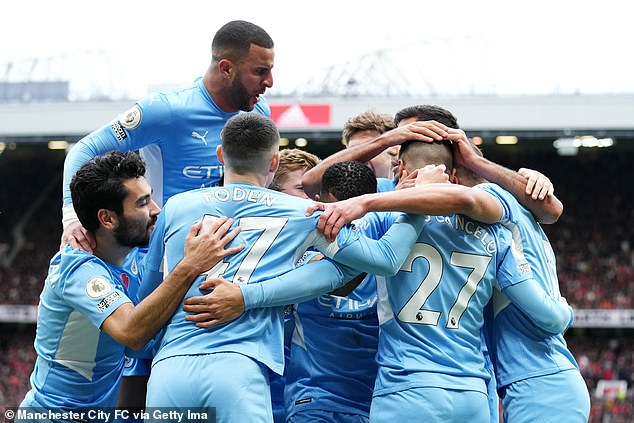 ‘Barca can use their media to influence signings. That’s the thing about Barcelona; they can do what they want, good or bad.’

The LaLiga giants will have to be wily in their transfer operations if they are to land the likes of Sterling, given the financial crisis unfolding at the Nou Camp.

Earlier this year, president Joan Laporta revealed that the club’s debts have plummeted to £1.15billion, with a number of senior players agreeing to a second wage cut in order to help the club stay afloat.

Barcelona are in the midst of their worst start to a season since the 1987-88 campaign, resulting in the sacking of Ronald Koeman earlier this month. 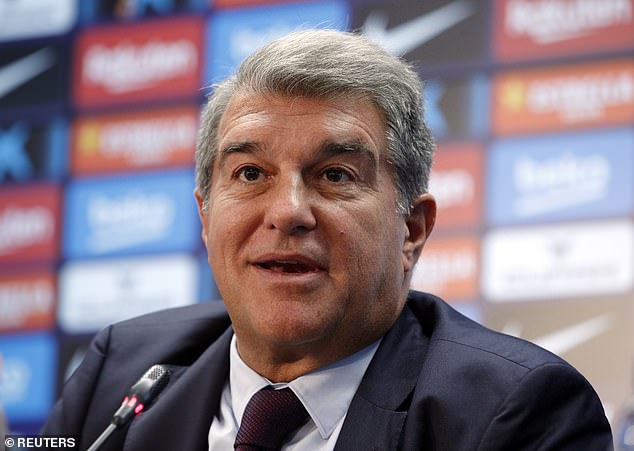 Former midfielder Xavi has replaced the Dutchman in the hotseat, with the club hopeful that the Spaniard can emulate Guardiola’s roaring success from his four-year stint in charge of the club.

Sterling told the Financial Times that he would be open to a move elsewhere. He said: ‘If there was the opportunity to go somewhere else for more game time I would be open to it at this moment in time.

‘As I said, football is the most important thing to me — challenges that I have set myself from a young age and dreams as well.

‘As an English player all I know is the Premier League and I’ve always thought you know maybe one day I’d love to play abroad to see how I would come up against that challenge.’

Tags: admits, Barcelon, Guardiola, that
You may also like
Latest Posts