Pep Guardiola has warned his Manchester City side they can’t always rely on great comebacks if they continue to allow opponents early goals.

City beat Crystal Palace 4-2 to stretch their unbeaten league run to 16 matches dating back to February but it is the fourth time in six matches they have had to fight from 2-0 down as they did in scrambling a 3-3 draw at Newcastle last weekend.

‘The problem we have right now is we are conceding a lot of goals,’ said a concerned Guardiola.

‘We are struggling to do the uncomfortable things you need to do in football. We won this game but it is important to learn the lesson.

‘We are playing with a lot of risk and one day we might not come back. I would prefer to win 4-0 but good people will learn and given we might not have come back to win in other years, the value of this victory is nicer.’

Guardiola used goalkeeper Ederson as an example. The Brazilian ‘keeper failed to deal with an early Palace attack, forcing Joao Cancelo to commit a foul with the visitors taking the lead from the subsequent free-kick. 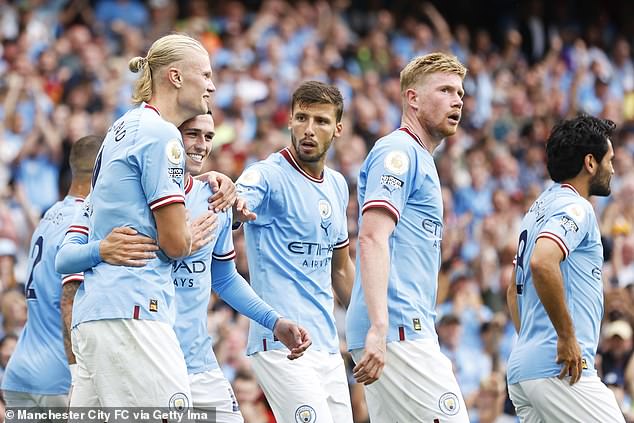 ‘The fault for the first goal, Eddie has to deal with the initial ball, to take responsibility,’ he said. ‘Today we were lucky to come back but the Premier League does not wait, you will not come back in some games.’

Guardiola was eventually rescued by a brilliant hat-trick in the second half by Erling Haaland.

‘I would like to say the win was thanks to my brilliant ideas but Erling has done things like this since he was born. Everywhere he has been, he has scored goals. It is beyond!’ 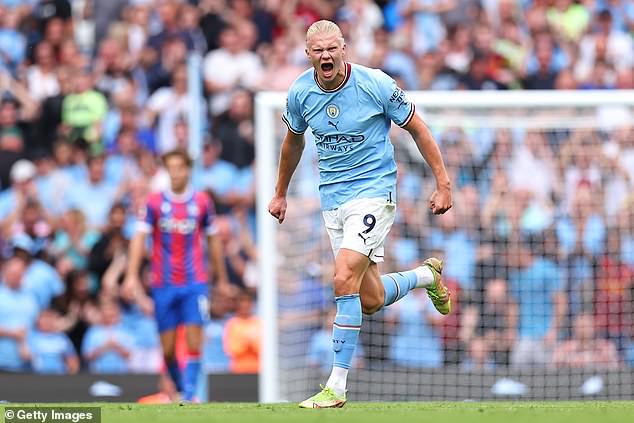 ‘We couldn’t cope with them in the second half. It is frustrating because we played a perfect first half.’